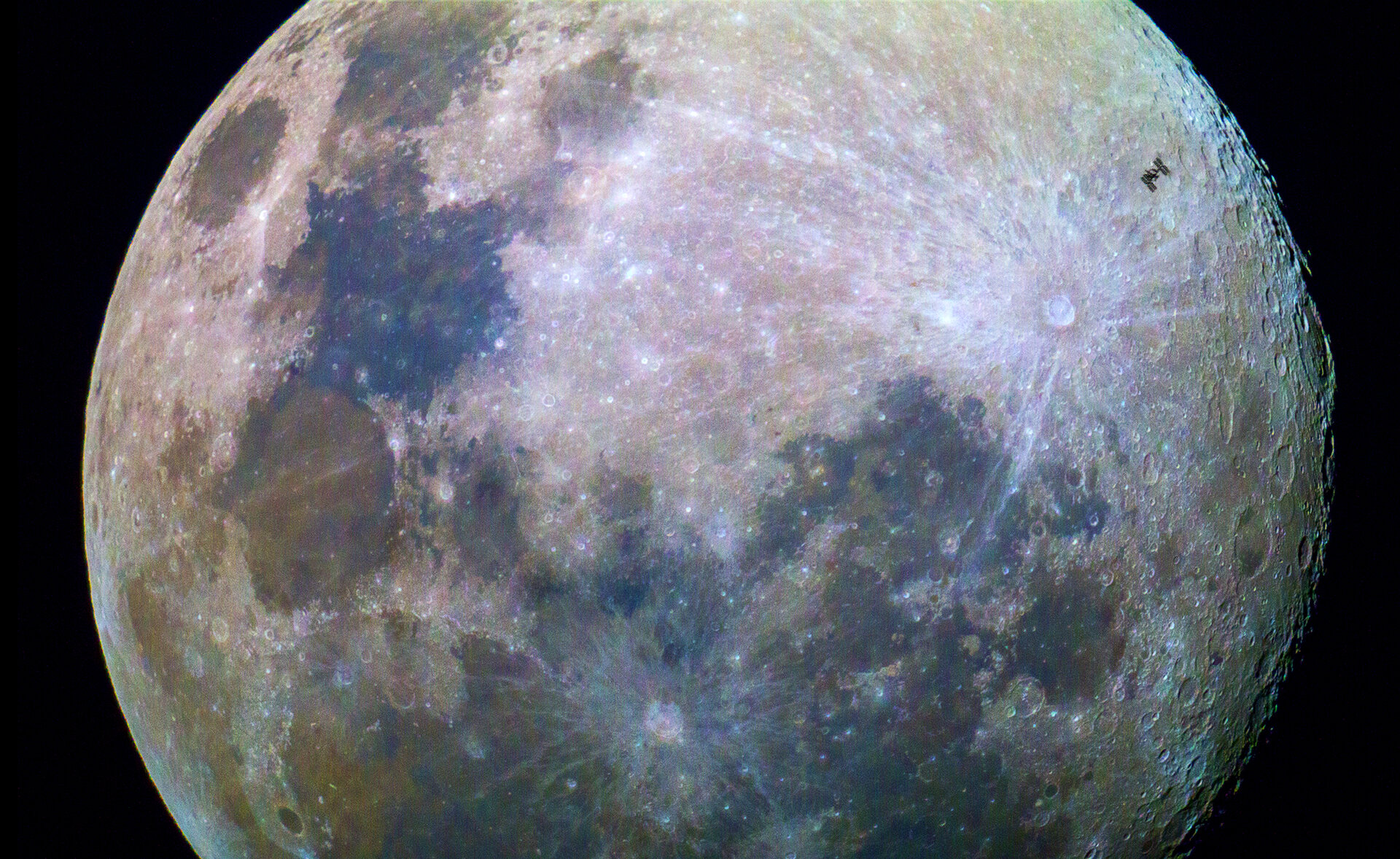 This image of the Moon was taken by amateur photographer Dylan O’Donnell as the International Space Station passed by at 28 800 km/h. At such speeds the weightless research laboratory was visible for only about a third of a second before returning to the dark skies.

The image was taken on 30 June 2015 at 19:54 local time with the Space Station flying 400 km above the Pacific Ocean. A conventional camera was placed behind a 2300 mm / f10 telescope and Dylan took as many pictures as possible during the Station’s brief passage and hoped for the best.

Five images of the Moon taken before and after the Station passed by were processed using freely available astrophotography tools to improve sharpness, a process called stacking. Lastly, the colours were enhanced to bring out the Moon’s colourful surface geology.

This is the first picture of the Station Dylan has published, commenting, “I take many types of pictures but the International Space Station is a wonderful target and one I’ve wanted to capture for a long time.”

Spotting the orbital complex yourself is easier than you might think. It can be seen and photographed without special equipment as it passes overhead. As it moves so fast, the hard part is to know when and where to look. ESA’s tracker shows you where the Station is at any time and you can sign up to receive alerts for your neighbourhood here.

Once you know where the Space Station will be, it is best to wait for dawn or dusk. It looks like a very bright star or aircraft gliding through the sky. For less advanced pictures without using the Moon as a background, use a tripod and set the shutter speed to a long exposure of up to a minute. The Station will always arrive from the west and will appear as a white streak in the photograph.