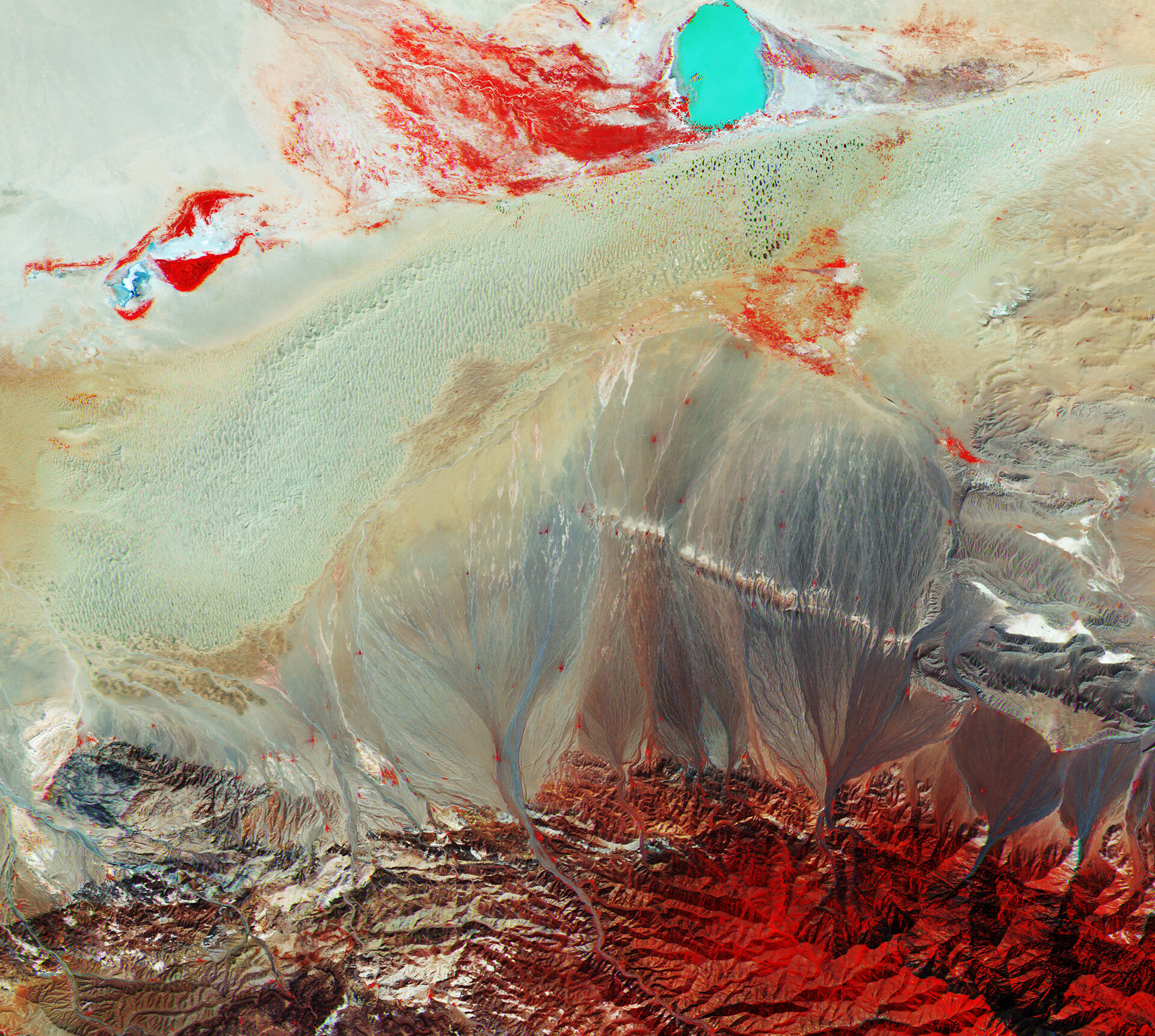 This stunning, false-colour image captured by Sentinel-2A on 15 August features southern Mongolia, bordered by China to the south and Russia to the north.

Known for its vast, harsh stretches of space and its nomadic people, Mongolia sits deep within eastern Asia, distant from any ocean.

Home to the two-humped Bactrian camel, herds of horses and the Gobi Desert, Mongolia is predominantly a sandy and rocky plain, with an average elevation of some 1500 m above sea level.

The Gobi Desert covers parts of China and of southern Mongolia. It is a rain shadow desert, formed by the Himalayas blocking the Indian Ocean’s rain from reaching the Gobi territory. Asia’s largest desert and the fifth largest in the world, much of the Gobi is not sandy, but rocky.

With long, cold winters and short, cool-to-hot summers, the climate of the Gobi Desert presents powerful extremes, with rapid temperature shifts of as much as 35ºC, not only seasonally but also within 24 hours.

At the bottom of the image, part of the Baga Bogd Mountain range is visible. Its highest peak has an elevation of 3600 m.

Low vegetation is present during the warm month. This along with some scattered trees gives the red tones that we see in the image. Varying tones of red represent the various types of vegetation and the varying density and condition of the plants.

The sharp images from Sentinel-2A’s high-resolution multispectral instrument reveals spectacular erosion patterns where the eroded soil, with the help of rain, is carried from the mountain slopes to lower lands.

There is a very distinct body of water towards the top right part of the image, the Taatsiin Tsagaan Lake, one of the four saline lakes that make up the Valley of the Lakes. Mongolia joined the Ramsar Convention on 8 April 1998, which covers Wetlands of International Importance.

The lake’s depth and high concentration of salt give the water a vivid turquoise colour.