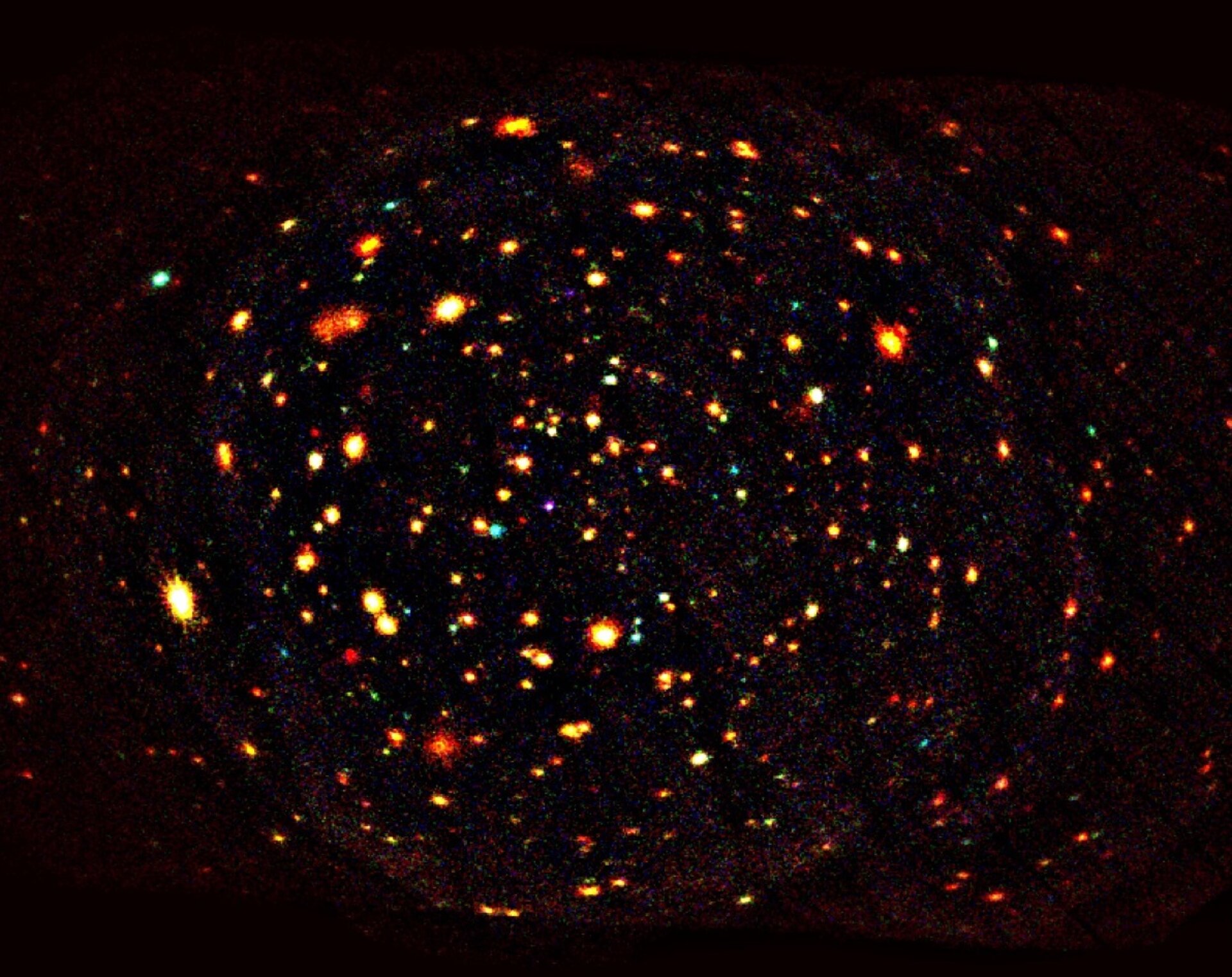 The Lockman Hole in X-rays

A special patch of sky can be found close to the Big Dipper, in the northern constellation of Ursa Major, also known as the Great Bear. Appearing to contain no stars and hardly any gas clouds from our Milky Way galaxy, this region is called the Lockman Hole. A unique window into the distant Universe, it was discovered in 1986 by astronomer Felix J. Lockman.

Since its discovery, astronomers have been surveying the Lockman Hole to study the evolution of galaxies throughout cosmic history. Shortly after the launch of ESA’s XMM-Newton X-ray observatory, which lifted off on 10 December 1999, various teams started looking at this patch of the sky with the new telescope. By 2003, they had accumulated over 200 hours of data.

This image shows a portion of the Lockman Hole based on those observations. Hundreds of distant galaxies can be seen – their light has travelled billions of years before reaching Earth.

At the core of each of these galaxies is a supermassive black hole, a huge concentration of matter millions to billions of times more massive than the Sun, whose powerful gravity draws large amounts of material from the surroundings. The majority of the black holes depicted here are accreting nearby matter at a very high rate, which results in the emission of light across the electromagnetic spectrum, including X-rays.

Also portrayed in the image are a few galaxy clusters, gigantic assemblies of galaxies permeated by hot gas that shines brightly in X-rays. The double-lobed red object towards the upper left of the image is one such galaxy cluster: its light has taken over eight billion years to reach us.