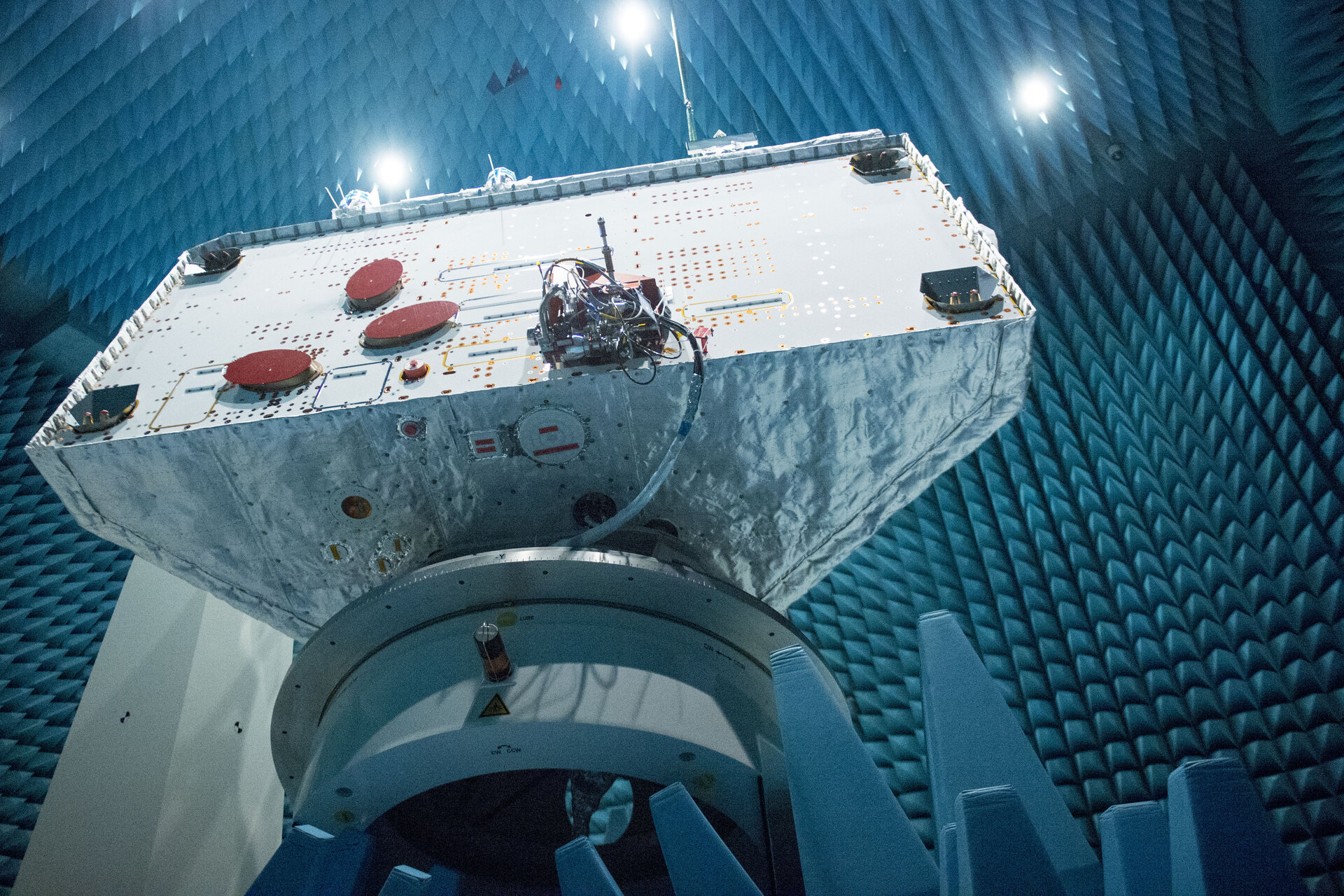 If ESA’s Mercury orbiter of the BepiColombo mission seems to stand at an unusual angle above its test chamber floor, that’s because it does – intentionally so.

“First, we are checking the craft is electrically compatible with the electrical field generated by the Ariane 5 launcher that will deliver it into orbit, with no possibility of interference with BepiColombo’s receivers.

“Secondly, we are testing if there is any risk of incompatibility between the different subsystems of the spacecraft itself when it orbits Mercury. In particular, we want to check that its trio of antennas on top can communicate properly with Earth.

“Accordingly, it was deliberately oriented to simulate a worst-case scenario for test purposes.”

The orbiter was positioned to allow deployment of its medium-gain antenna in terrestrial gravity. The high-gain antenna reflector meanwhile was deployed in a worst-case position, supported by a dedicated fixture.

The spacecraft was tilted by means of a large platform while the high-gain antenna was supported by a tower made of wood, transparent to radio waves. All test cables used were shielded to reduce potential interference.

ESA’s Mercury Planetary Orbiter will be launched to Mercury together with Japan’s Mercury Magnetospheric Orbiter aboard an ESA-built carrier spacecraft, the Mercury Transfer Module. This entire three-module BepiColombo stack will undergo similar testing at ESTEC.