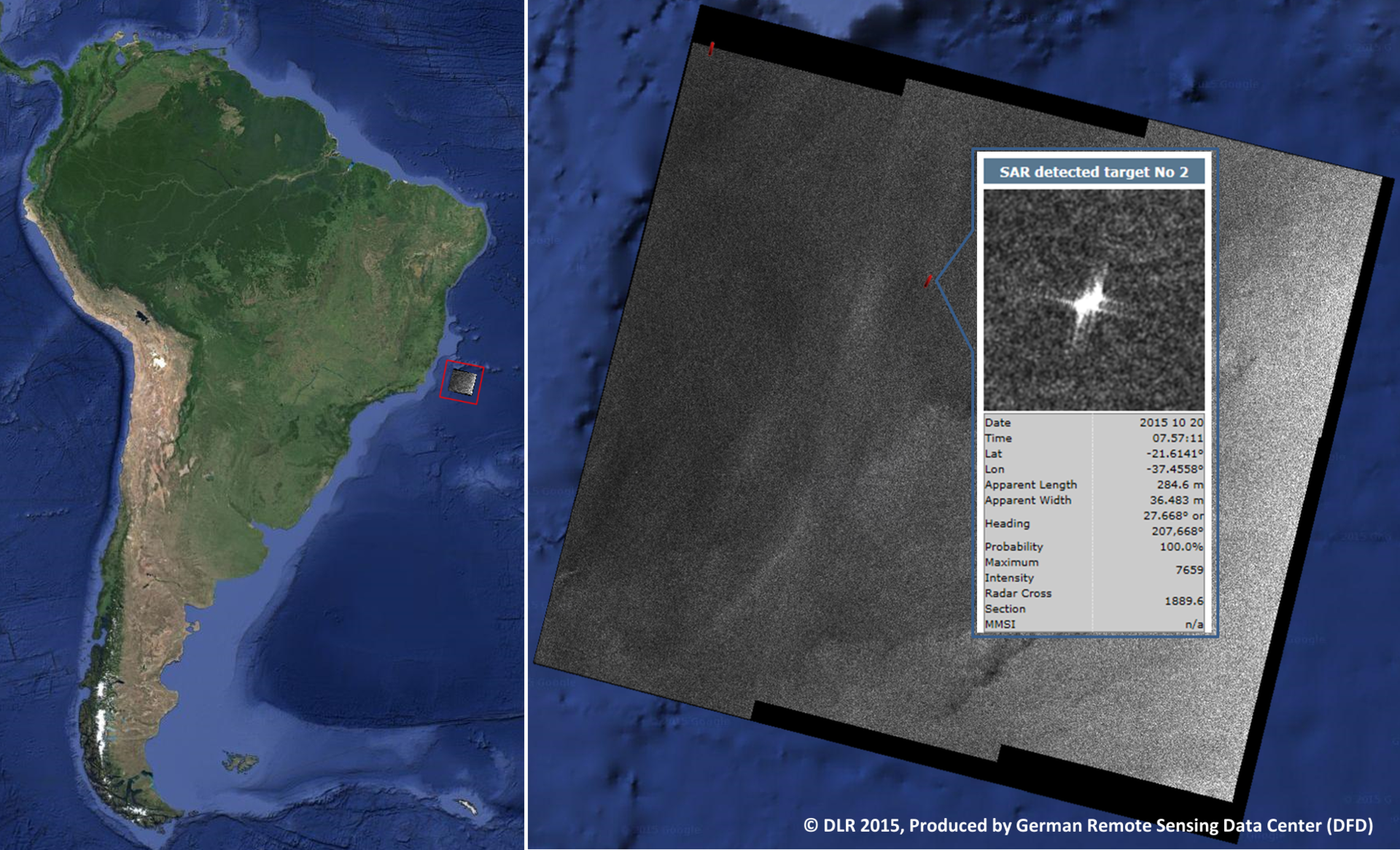 The precursor laser technology to the EDRS SpaceDataHighway relayed a radar scan of the Brazilian coast to the DLR German Aerospace Center mere seconds after it was collected. It was then processed in a record-breaking 13 minutes, showing the surrounding ships just five minutes later.

The information was gathered by Sentinel-1A over the South Atlantic and collected by the TDP1 payload on Alphasat via laser beam. It was immediately relayed to the ground and processed into a usable image in 13 minutes by DLR in Oberpfaffenhofen and Neustrelitz, Germany. The ships in the image were identifiable just five minutes later, representing the first quasi-realtime end-to-end delivery of a processed ‘synthetic aperture radar’ image and ship detection information in an area far from a ground station.

One of EDRS’s services is to assist maritime surveillance with near- and quasi-realtime ship detection data. Eighteen minutes from collect to processing is well within the sector’s needs to react to rapidly evolving situations like oil spills, illegal migration and piracy. Without EDRS, the time between the data being collected and the satellite passing over a ground station can be more than an hour.