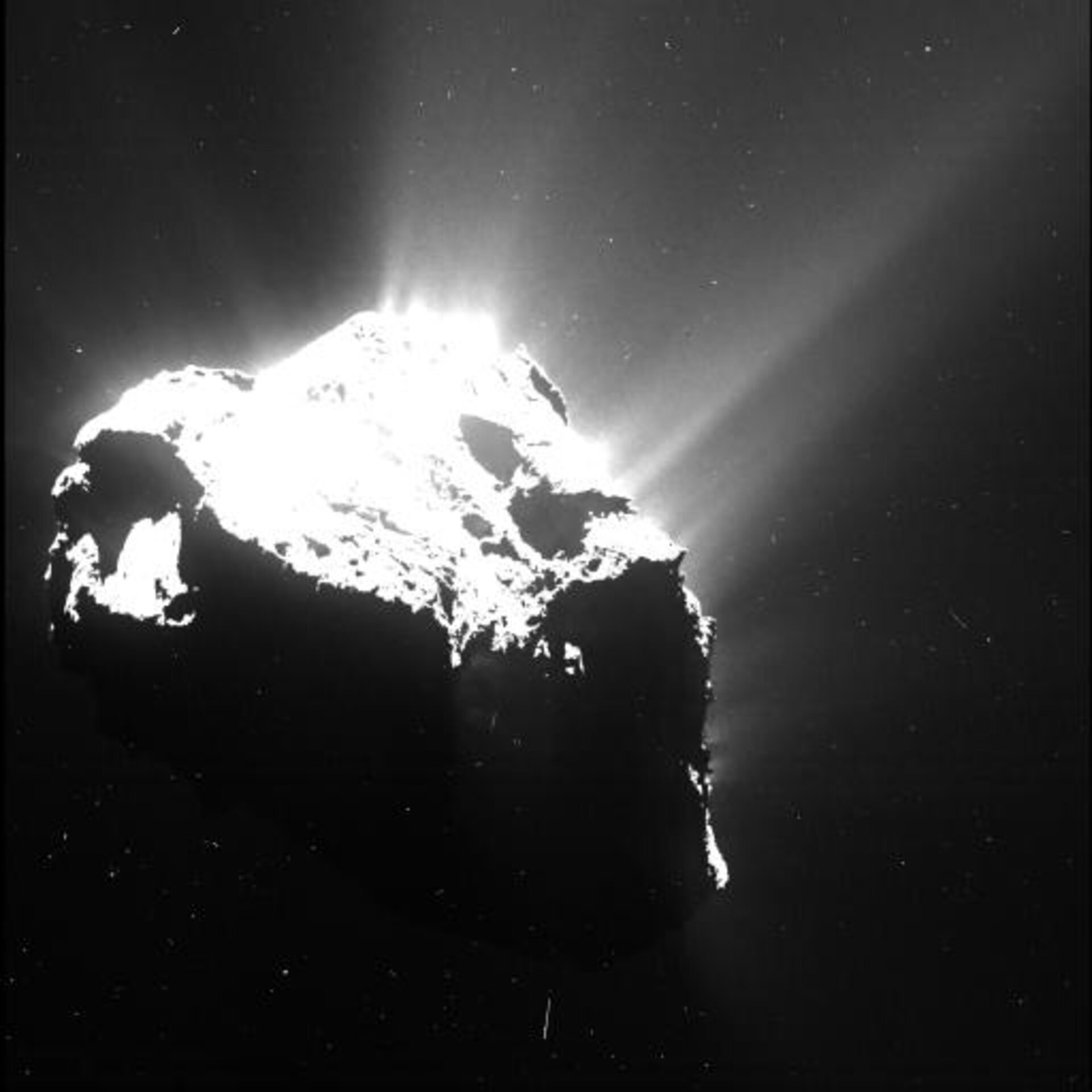 This image of Comet 67P/Churyumov–Gerasimenko was captured by Rosetta’s OSIRIS narrow-angle camera on 26 July 2015 at 16:54 GMT from a distance of about 170 km.

Shortly before this image was taken, between 15:16 GMT and 15:41 GMT, the RPC-MAG magnetometer on Rosetta detected a sudden drop in the magnetic field, indicating a magnetic-field free region, or diamagnetic cavity. However, the OSIRIS images do not show any appreciable increase of outgassing over this interval of time, ruling out that a change in the comet’s activity might be linked to the formation of the cavity.

Scientists believe that a dynamic perturbation, or instability, that propagates and gets amplified along the boundary between the solar wind and the magnetic field-free cavity, caused the latter to grow in size, allowing Rosetta to detect it.