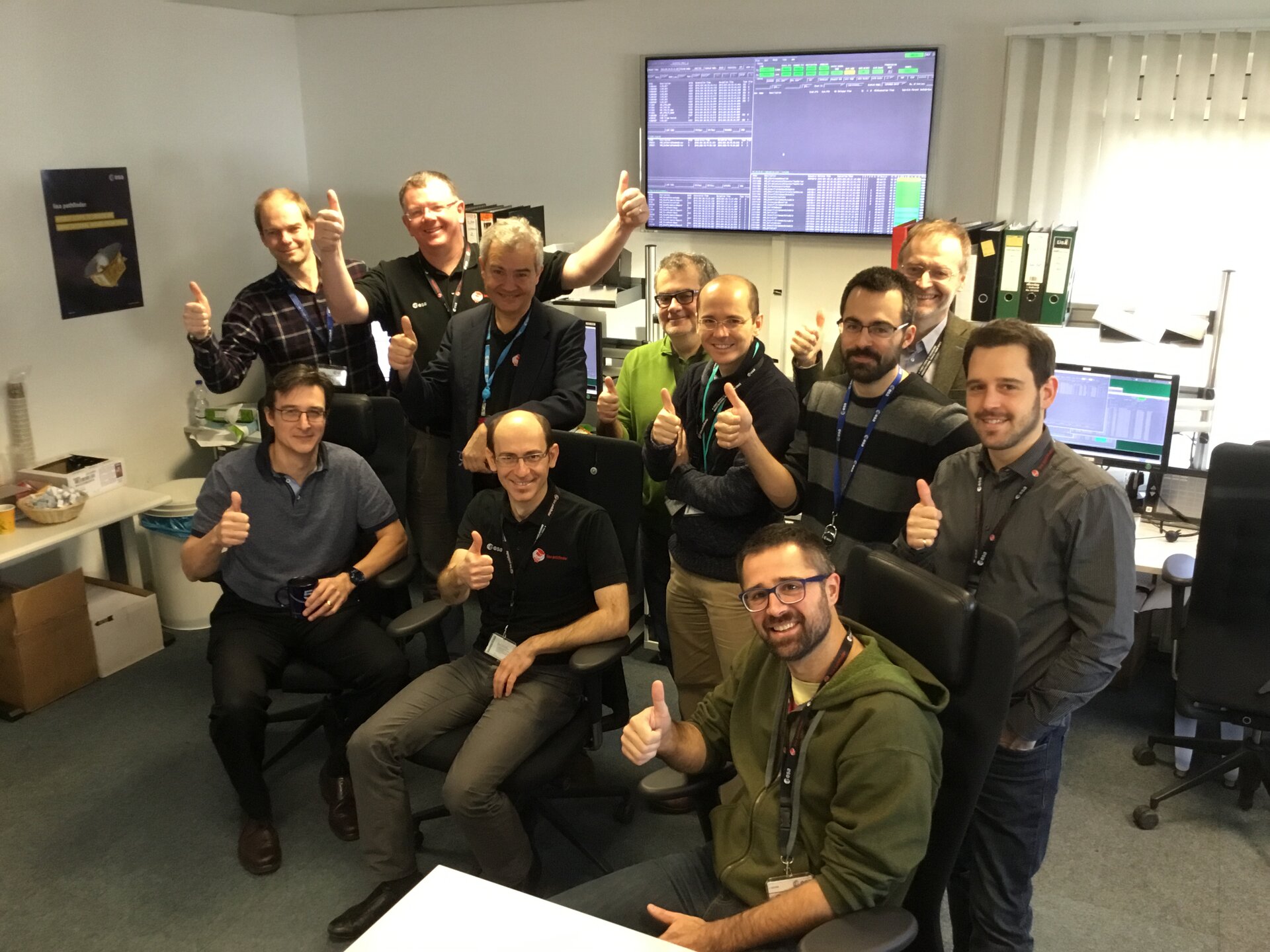 ESA’s LISA Pathfinder satellite was launched on 3 December 2015, and reached its work site – 1.5 million km from Earth towards the Sun – in January. After a number of crucial tests on the spacecraft and payload, it is now ready to start its scientific mission.

From 1 March, the science team, some of whom are pictured here, are based at the European Space Operations Centre in Darmstadt, Germany. There, the scientists are working closely with the spacecraft engineers to run experiments on this outstanding physics laboratory in space.

Every day, the scientists will analyse the results from the previous day’s experiments and plan the measurements to perform in the coming days. The operations phase will last six months, split between 90 days for the LISA Technology Package, and 90 days for the Disturbance Reduction System, an additional experiment provided by NASA’s Jet Propulsion Laboratory.

LISA Pathfinder is a technology demonstration mission to validate techniques to observe gravitational waves from space. Gravitational waves are fluctuations in the fabric of spacetime that were first predicted by Albert Einstein a century ago, and directly detected for the first time with the ground-based Laser Interferometer Gravitational-Wave Observatory (LIGO), as announced on 11 February.

Space and ground experiments are sensitive to different sources of gravitational waves, and a future space observatory will open up new possibilities to study some of the most powerful phenomena in the Universe, such as the merger of supermassive black holes at the centre of large galaxies.

LISA Pathfinder will test the underlying conditions needed to build and operate future space missions to observe gravitational waves: whether it is possible to put a mass in an almost perfect freefall, with no other forces acting on it except gravity.

The spacecraft carries two test masses – a pair of identical gold–platinum cubes 46 mm across – which were first placed in freefall on 22 February. To isolate them from external and internal forces other than gravity, LISA Pathfinder measures the position and orientation of each cube, and corrects its movement by firing microthrusters to keep it centred on one cube.

Over the coming months, the scientists will perform several experiments, applying different forces to the masses and studying their response to assess how much their motion can deviate from actual freefall.