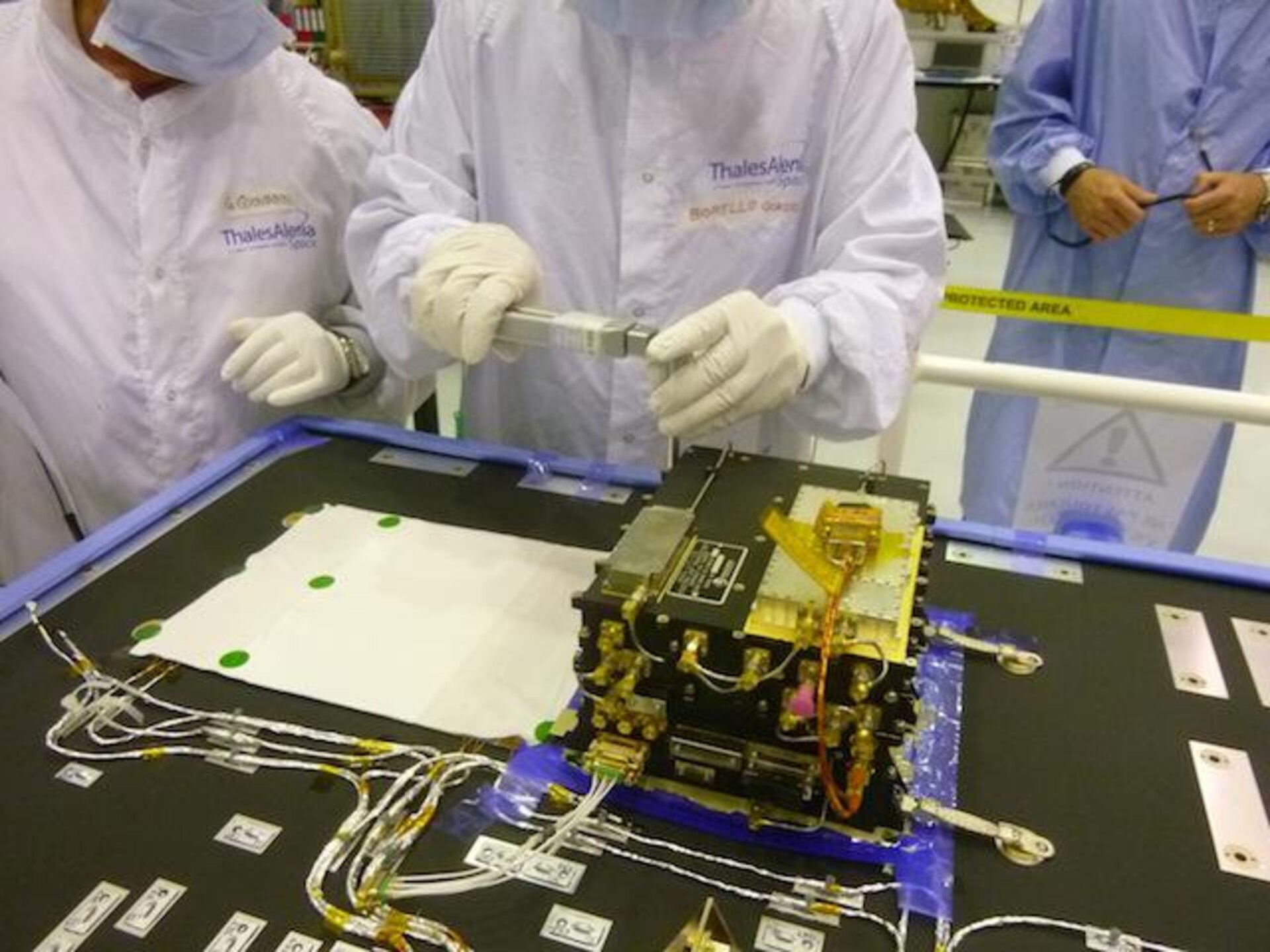 This image show a step in installation and testing of the first of the orbiter's Electra radios, inside a clean room at Thales Alenia Space, in Cannes, France, in June 2014.

ESA's ExoMars Trace Gas Orbiter will study the Martian atmosphere for the presence of methane and other gases that may be present in small concentrations. It will also deploy the ESA Schiaparelli Mars landing demonstration craft and provide communications support for robotic missions on the surface of Mars. Relay of information from Mars-surface craft to Mars orbiters, then from Mars orbit to Earth, enables receiving much more data from the surface missions than would otherwise be possible.

The Electra radio design from NASA's Jet Propulsion Laboratory, Pasadena, California, includes special features for relay use between an orbiter and a rover or stationary lander. For example, it can actively adjust the data rate during a communication session − slower when the orbiter is near the horizon from the surface robot's perspective, faster when it is overhead. NASA's Curiosity Mars rover and Mars Reconnaissance Orbiter already use Electra technology for relay of data. A NASA orbiter currently on the way to Mars, the Mars Atmosphere and Volatile Evolution (MAVEN) spacecraft, also carries an Electra radio.