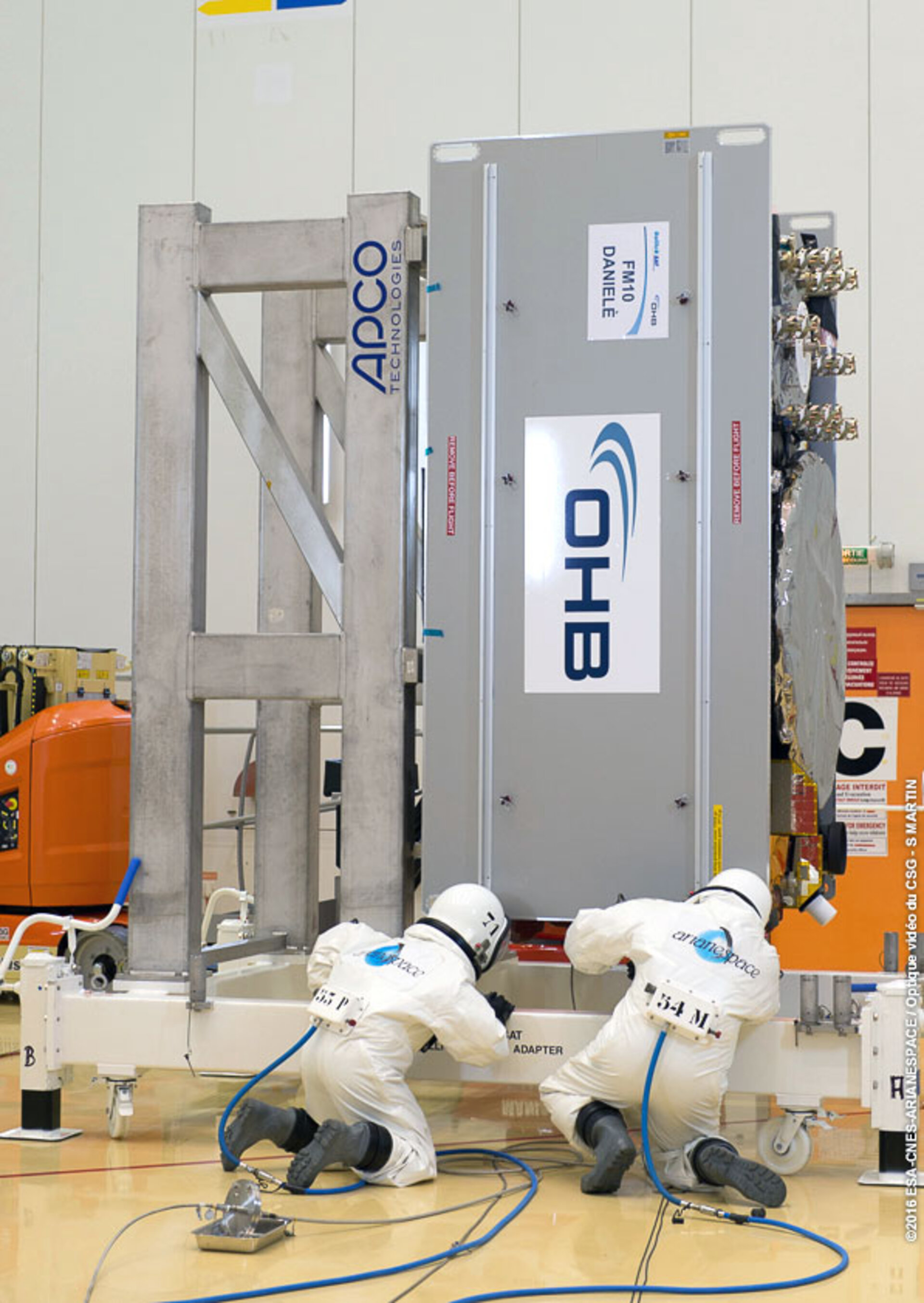 The 13th and 14th Galileo satellites are fuelled at Europe's Spaceport in Kourou, French Guiana.

To be launched by Soyuz on 24 May, this pair will join the 12 Galileos already in orbit. A second launch is planned for the autumn, with four satellites carried aloft on a customised Ariane 5 for the first time.

That will mean 18 Galileo satellites in orbit by the end of this year.

Galileo is the EU’s own global satellite navigation system, consisting of 30 satellites and their ground infrastructure.

The definition, development and in-orbit validation phases were carried out by ESA, and co-funded by ESA and the European Commission. This phase created a mini constellation of four satellites and a reduced ground segment set up to validate the overall concept.

The Full Operational Capability phase is fully funded by the EU and managed by the Commission. The Commission and ESA have signed a delegation agreement by which ESA acts as design and procurement agent on behalf of the Commission.