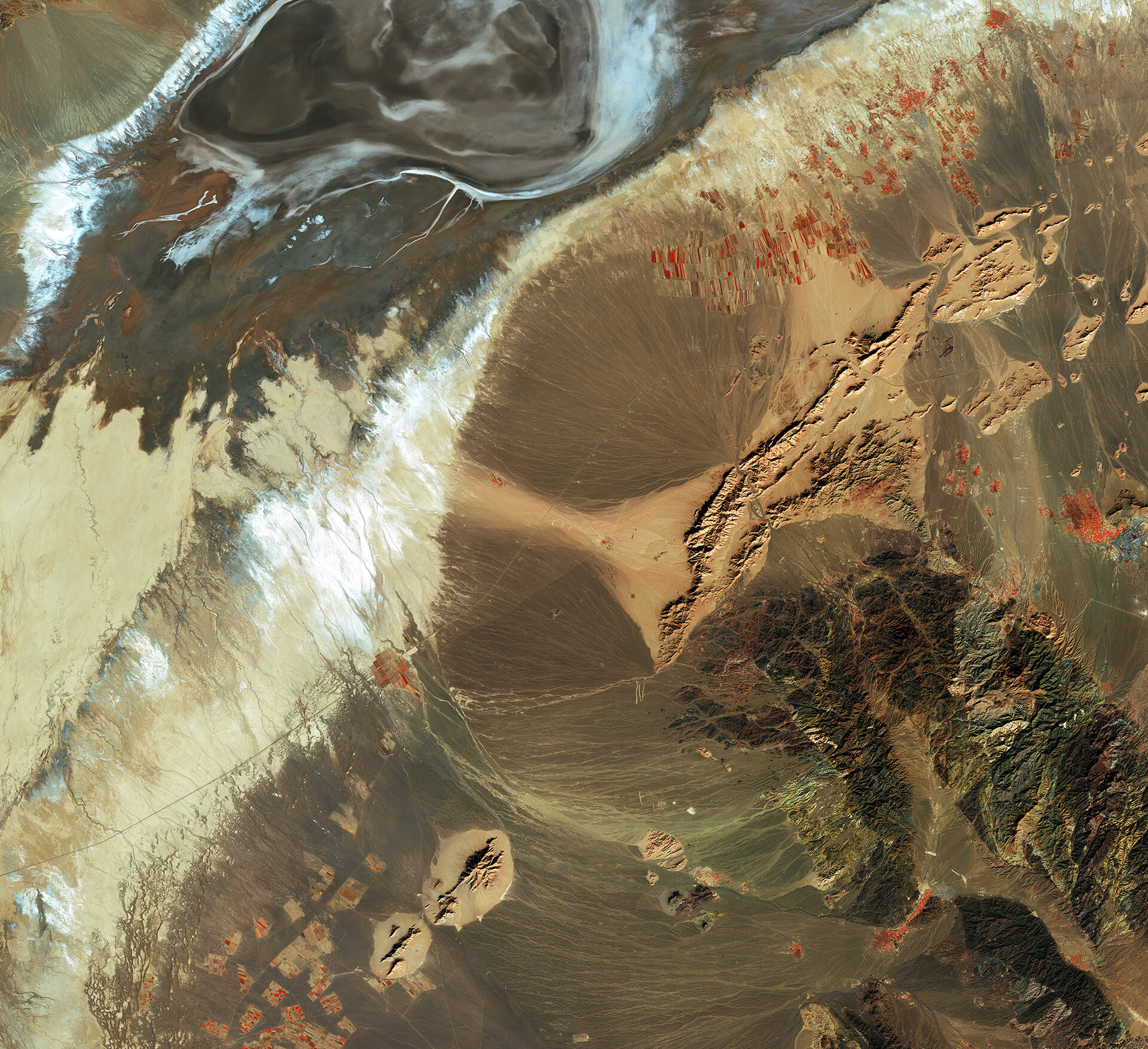 The Sentinel-2A satellite takes us over to northeastern Iran, the second largest country in the Middle East.

A dryland area, most of Iran’s territory is classified as arid and semi-arid, about half of which is characterised by rangeland, barren land and mountains.

Visible in the centre of the image and at top left are alluvial fans. These are formed when streams or rivers hit plains and spread out. They represent the distinct pattern of water runoff from the mountains, where the eroded soil, with the help of rain, is carried from the mountain slopes to lower lands.

At top left, resembling brush strokes in a painting, seasonal accumulation of water and various salt minerals is evident in greys and whites.

Scattered throughout the image are many agricultural plots, distinct in such an arid and mountainous region, which also features various rocky formations.

At the far right, the city of Bajestan is visible, with many agricultural fields around it. It is a city with a population of some 11 000, with saffron and pomegranate its most important products, grown in the various plots on the left.

The shades of red indicate how sensitive the multispectral instrument on Sentinel-2A is to differences in chlorophyll content, providing key information on vegetation health.

Various towns or settlements are represented in greys throughout the image.

This false-colour image – also featured on the Earth from Space video programme – was captured by Sentinel-2A on 22 February 2016. The satellite is the first in the two-satellite Sentinel-2 mission for Europe’s Copernicus programme, carrying a wide-swath high-resolution instrument with 13 spectral bands, for a new perspective on our land and vegetation.