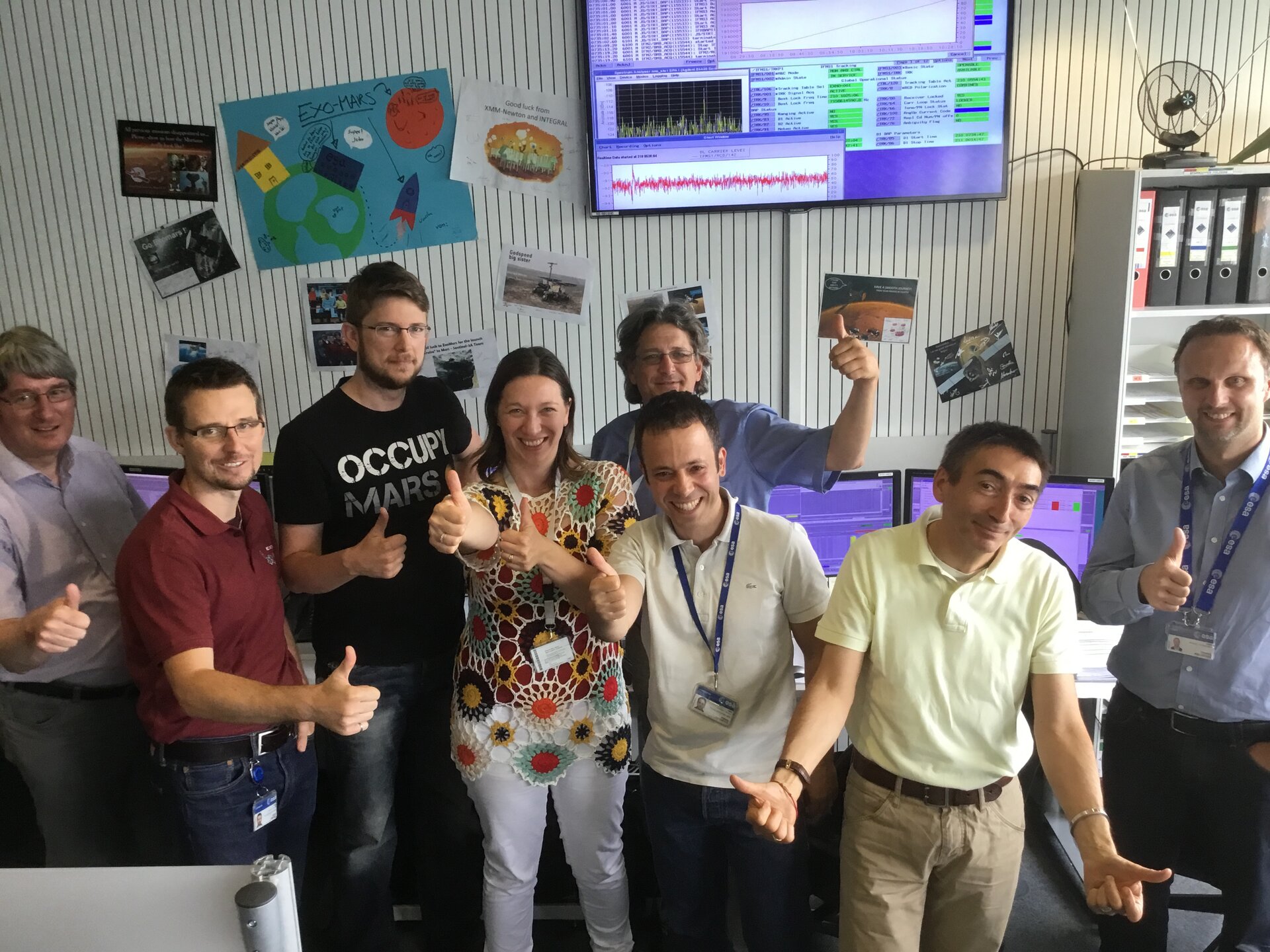 Following a lengthy firing of its powerful engine, ESA’s ExoMars Trace Gas Orbiter is on track to arrive at the Red Planet in October.

Today’s deep-space manoeuvre began automatically at 09:30 GMT (11:30 CEST), after commands to orient itself and ignite the 424 N main engine were uploaded on Tuesday.

The manoeuvre was closely monitored by ESA’s mission control in Darmstadt, Germany, who followed the craft’s signals via the highly sensitive radio dish at New Norcia, Australia.

“The engine provides about the same force as that needed to lift a 45 kg weight in a fitness studio, and it ran for about 52 minutes, so that’s quite a significant push,” says Silvia Sangiorgi, deputy spacecraft operations manager, seen at centre in the photo.

Today’s burn was extremely accurate, and resulted in an extremely slight under performance of 0.01%. The next firing is set for 11 August.