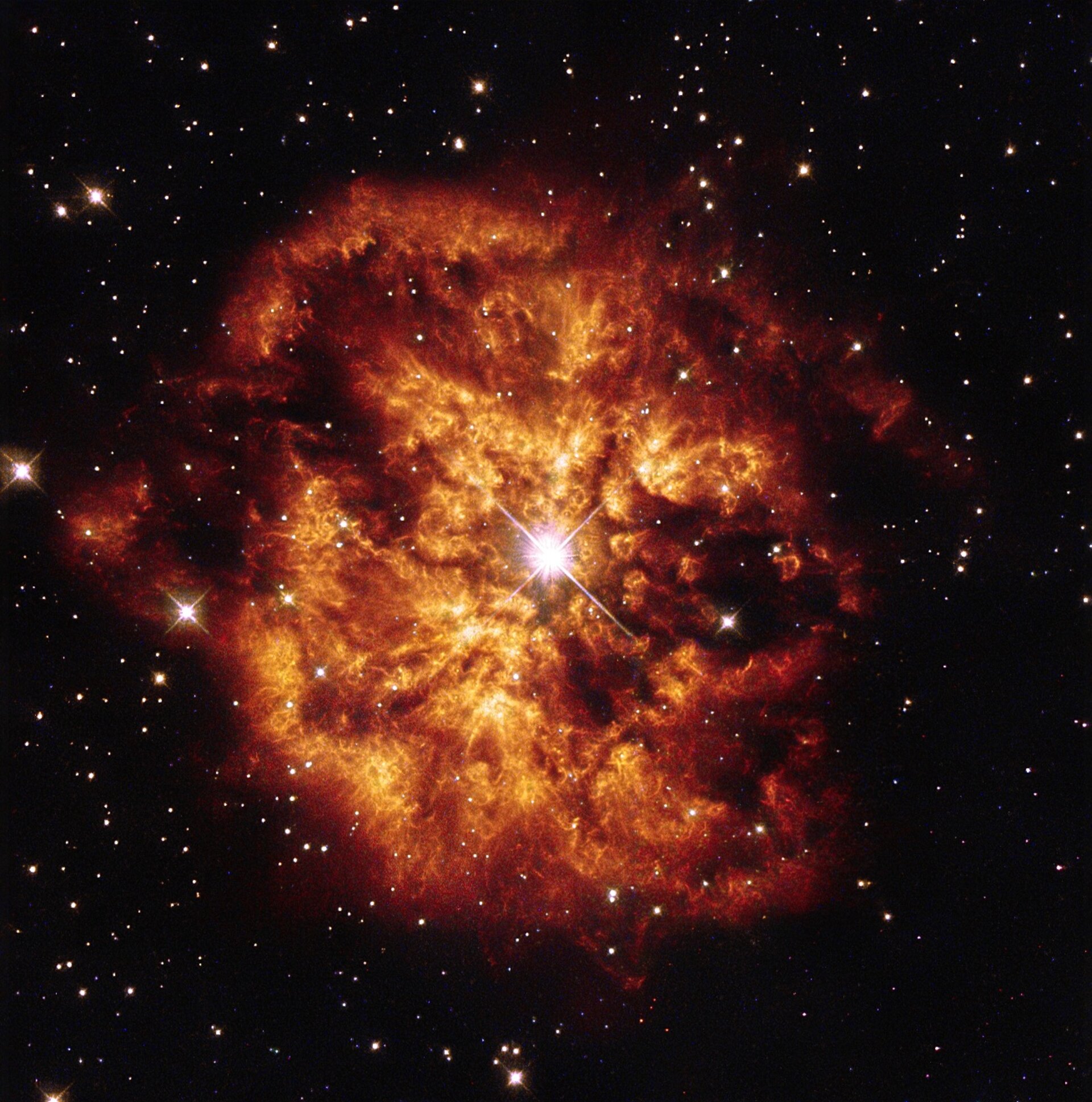 This dramatic burst of colour shows a cosmic object with an equally dramatic history. Enveloped within striking, billowing clouds of gas and dust that form a nebula known as M1-67, sits a bright star named Hen 2-427 (otherwise known as WR 124).

This star is just as intense as the scene unfolding around it. It is a Wolf-Rayet star, a rare type of star known to have very high surface temperatures – well over 25 000ºC, next to the Sun’s comparatively cool 5500ºC – and enormous mass, which ranges over 5–20 times our Sun’s. Such stars are constantly losing vast amounts of mass via thick winds that continuously pour from their surfaces out into space.

Hen 2-427 is responsible for creating the entire scene shown here, which has been captured in beautiful detail by the NASA/ESA Hubble Space Telescope. The star, thought to be a massive one in the later stages of its evolution, blasted the material comprising M1-67 out into space some 10 millennia ago – perhaps in multiple outbursts – to form an expanding ring of ejecta.

Since then, the star has continued to flood the nebula with massive clumps of gas and intense ionising radiation via its fierce stellar winds, shaping and sculpting its evolution. M1-67 is roughly ring-shaped but lacks a clear structure – it is essentially a collection of large, massive, superheated knots of gas all clustered around a central star.

Hen 2-427 and M1-67 lie 15 000 light-years away in the constellation of Sagitta (The Arrow). This image uses visible-light data gathered by Hubble’s Wide Field Planetary Camera 2, and was released in 2015 (the same data were previously processed and released in 1998).