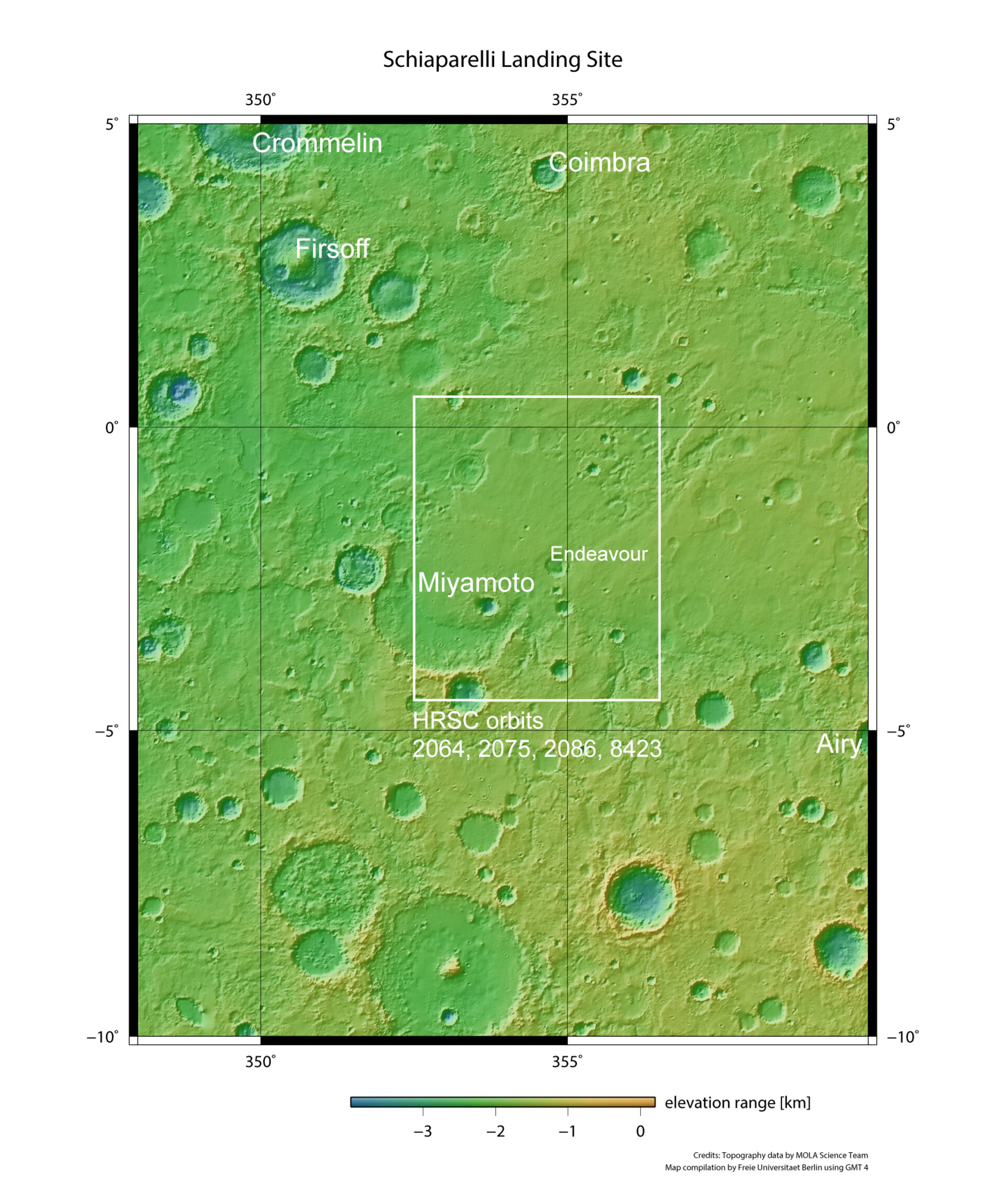 This context image shows Meridiani Planum on Mars, including the planned landing site of Schiaparelli, the ExoMars Entry, Descent and Landing Demonstrator Module, which will touch down on the Red Planet on 19 October 2016.

The landing ellipse lies within the region outlined by the inner white box, close to Endeavour crater. See the associated image release for details.