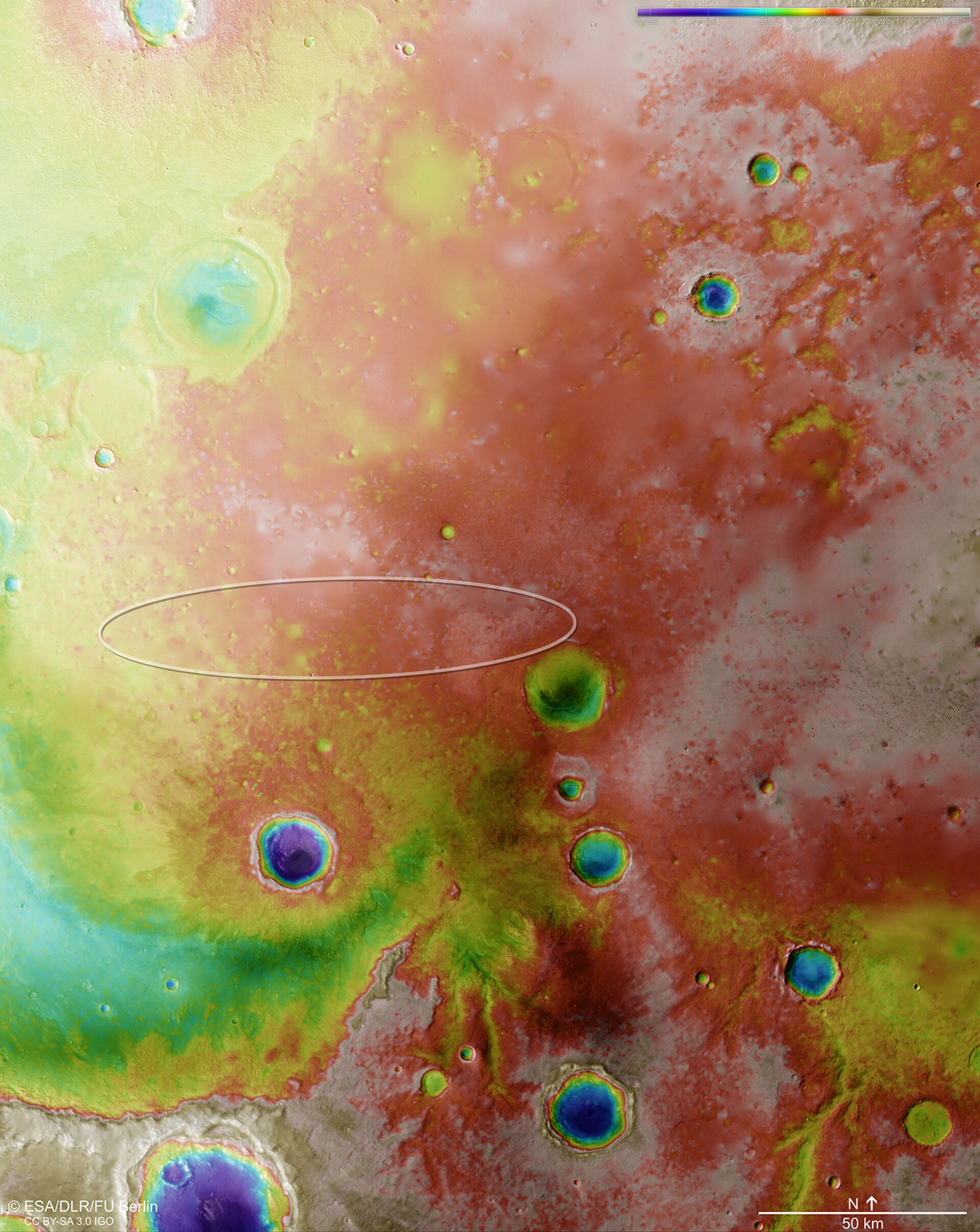 The colour-coded topographic view shows relative heights and depths of terrain in the Meridiani Planum region on Mars. Red and white represent the highest terrain, and blues and purples show lower terrain such as the interiors of craters (see key).

The ellipse marked on the map outlines the target landing area for Schiaparelli, the ExoMars Entry, Descent and Landing Demonstrator Module. The site was chosen based on its relatively flat and smooth characteristics, in order to adhere to landing safety requirements.

Endeavour crater lies immediately to the south east of the landing ellipse.