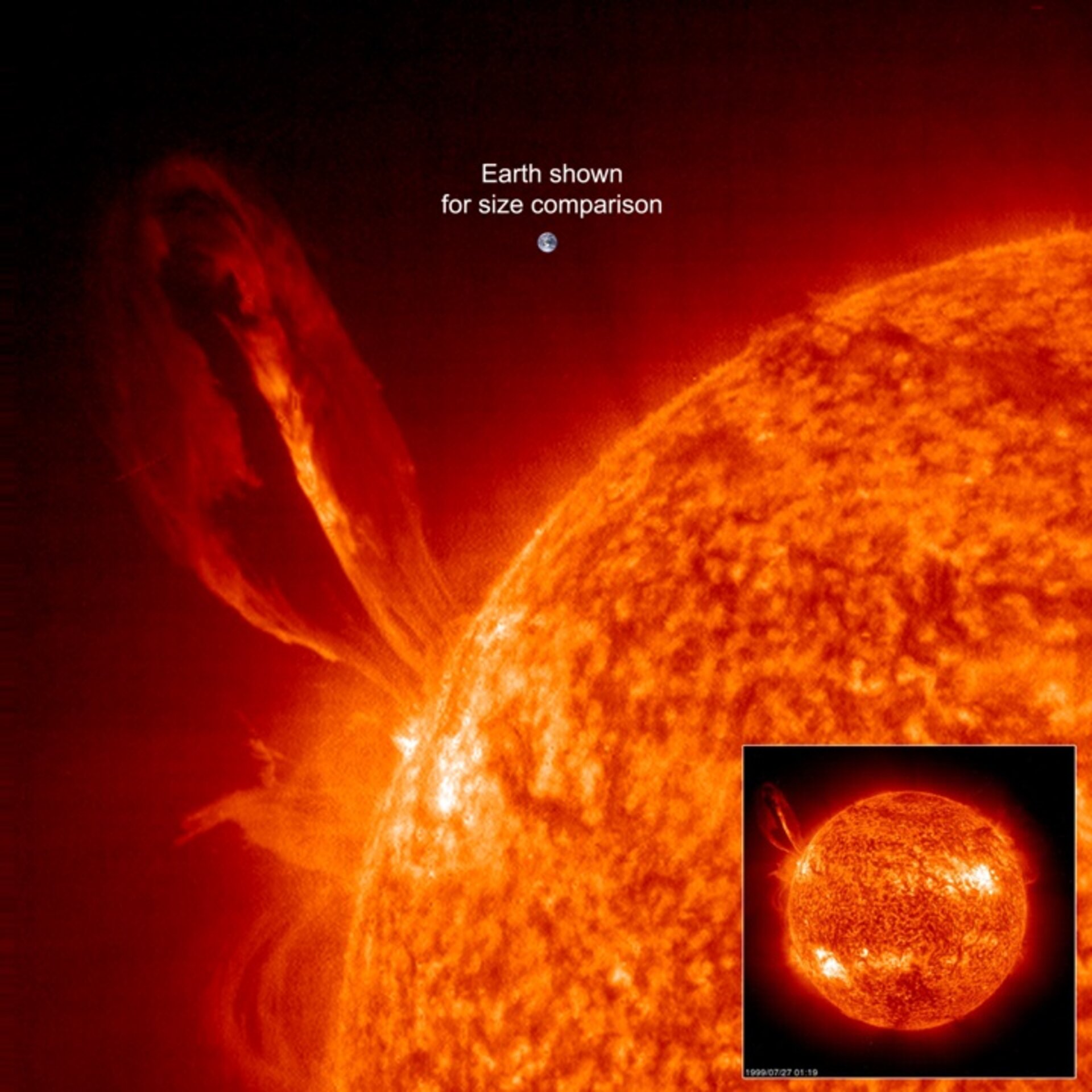 A gigantic ribbon of hot gas bursts upwards from the Sun, guided by a giant loop of invisible magnetism. This remarkable image was captured on 27 July 1999 by SOHO, the Solar and Heliospheric Observatory. Earth is superimposed for comparison and shows that from top to bottom the loop of gas, or prominence, extends about 35 times the diameter of our planet into space.

A prominence is an extension of gas that arches up from the surface of the Sun. Prominences are sculpted by magnetic fields that are generated inside the Sun, and then burst through the surface, propelling themselves into the solar atmosphere.

The Sun is predominantly made of plasma – an electrified gas of electrons and ions. Being electrically charged, the ions respond to magnetic fields. So when the magnetic loops reach up into the solar atmosphere, huge streams of plasma are attracted to fill them, creating the prominences that can last for weeks or months.

Spectacular prominences like this one are not particularly common, a few being detected each year. When they start to collapse, mostly the gas ‘drains’ down the magnetic field lines back into the Sun. Occasionally, however, they become unstable and release their energy into space. These eruptive prominences fling out a huge quantity of plasma that solar physicists call a coronal mass ejection. Solar flares are also associated with coronal mass ejections.

If this plasma hits Earth it can disrupt satellites, power grids and communications. It also causes the aurora to shine in the polar skies.

Taken by SOHO’s ultraviolet telescope, this image shows ionised helium at a temperature of about 70 000ºC.

A version of the image without the Earth for comparison can be found here.