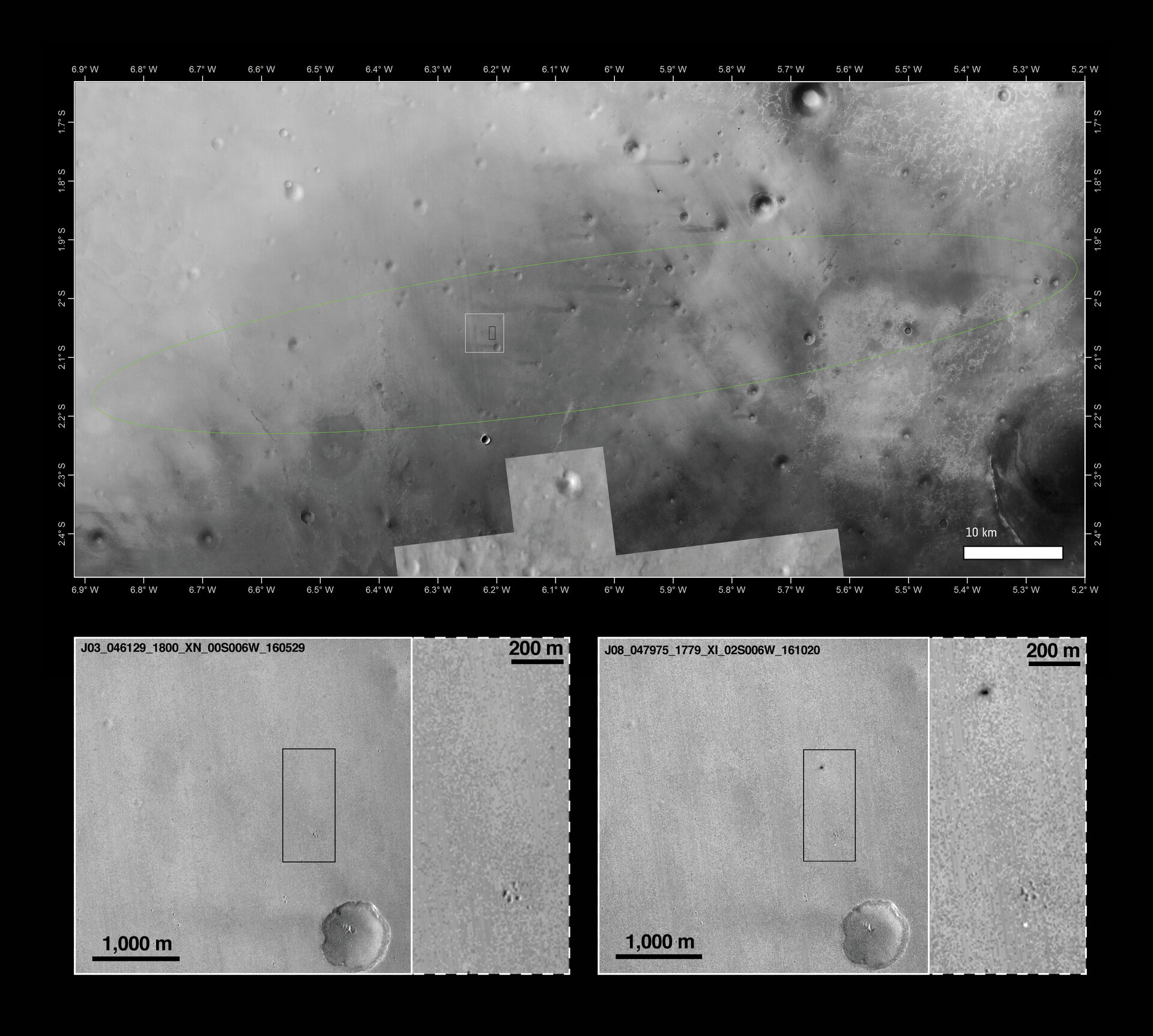 The landing site of the Schiaparelli module within the predicted landing ellipse in a mosaic of images from the Context Camera (CTX) on NASA's Mars Reconnaissance Orbiter and the Thermal Emission Imaging System (THEMIS) on NASA's 2001 Mars Odyssey orbiter.

Below the main image are a pair of before-and-after images, taken by the CTX camera on 29 May 2016 (left) and 20 October 2016 (right), respectively. The 20 October image shows two new features appearing following the arrival of the Schiaparelli test lander module on the martian surface on 19 October.

One of the features is bright and can be associated with the 12-m diameter parachute used in the second stage of Schiaparelli’s descent, after the initial heat shield entry. The parachute and the associated back shield were released from Schiaparelli prior to the final phase, during which its nine thrusters should have slowed it to a standstill just above the surface.

The other new feature is a fuzzy dark patch roughly 15 x 40 metres in size and about 1 km north of the parachute. This is interpreted as arising from the impact of the Schiaparelli module itself following a much longer free fall than planned, after the thrusters were switched off prematurely.

The landing ellipse is 100 km x 15 km, and is centred on 2 degrees south in latitude and 353 degrees east longitude, in the Meridiani Planum region of Mars, close to the planet's equator. The image measures about 100 km; north is up.

The dark spot on the image, associated with the Schiaparelli module, is located approximately 5.4 km west of the centre of the landing ellipse.