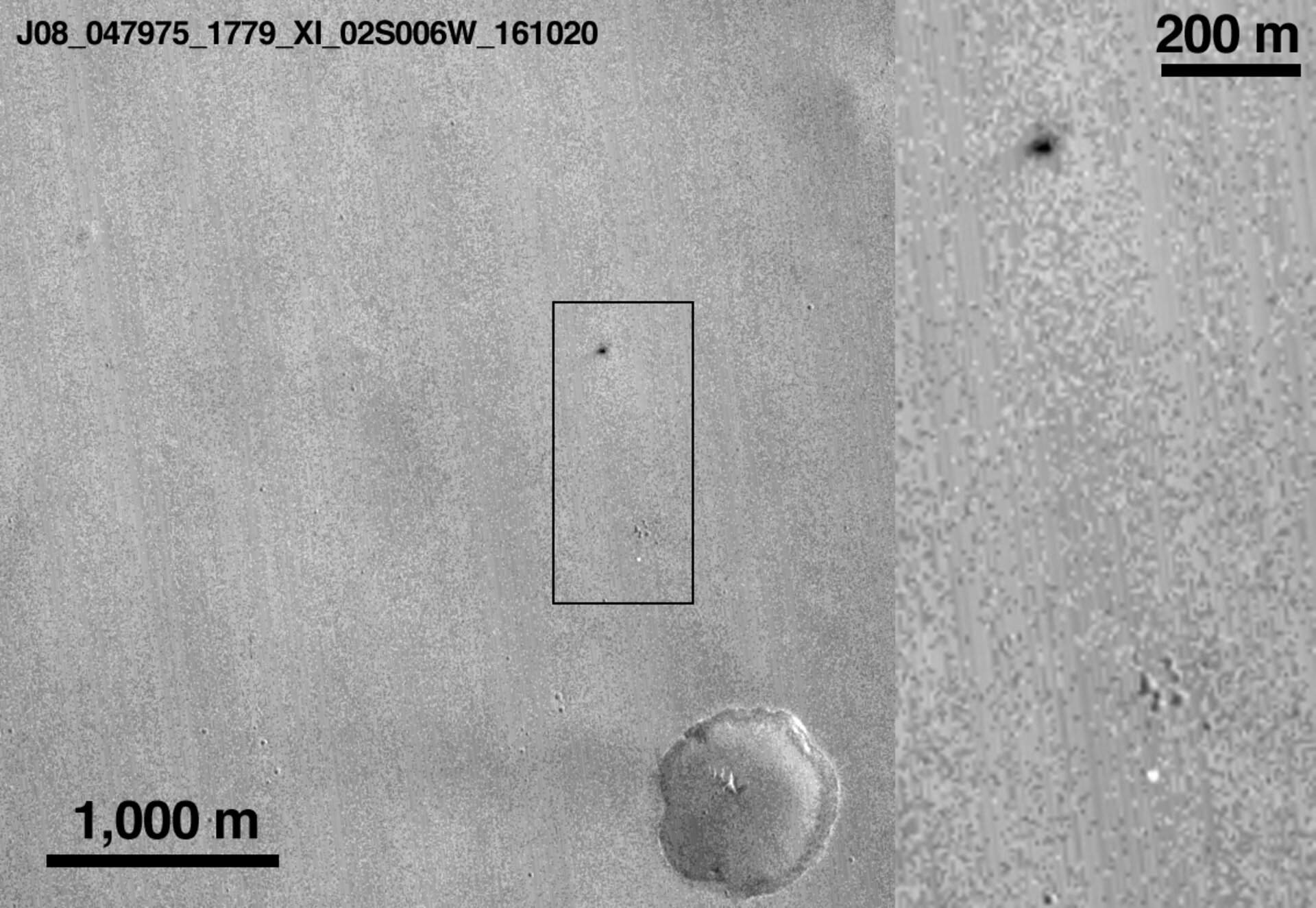 MRO image of Schiaparelli – after

A NASA Mars Reconnaissance Orbiter Context Camera (CTX) image taken on 20 October 2016. This is the ‘after’ image in the pair of images taken to locate the Schiaparelli entry, descent and landing demonstrator module, which shows two new features appearing following the arrival of the module on 19 October.

One of the features is bright and can be associated with the 12-m diameter parachute used in the second stage of Schiaparelli’s descent, after the initial heat shield entry. The parachute and the associated back shield were released from Schiaparelli prior to the final phase, during which its nine thrusters should have slowed it to a standstill just above the surface.

The other new feature is a fuzzy dark patch roughly 15 x 40 metres in size and about 1 km north of the parachute. This is interpreted as arising from the impact of the Schiaparelli module itself following a much longer free fall than planned, after the thrusters were switched off prematurely.