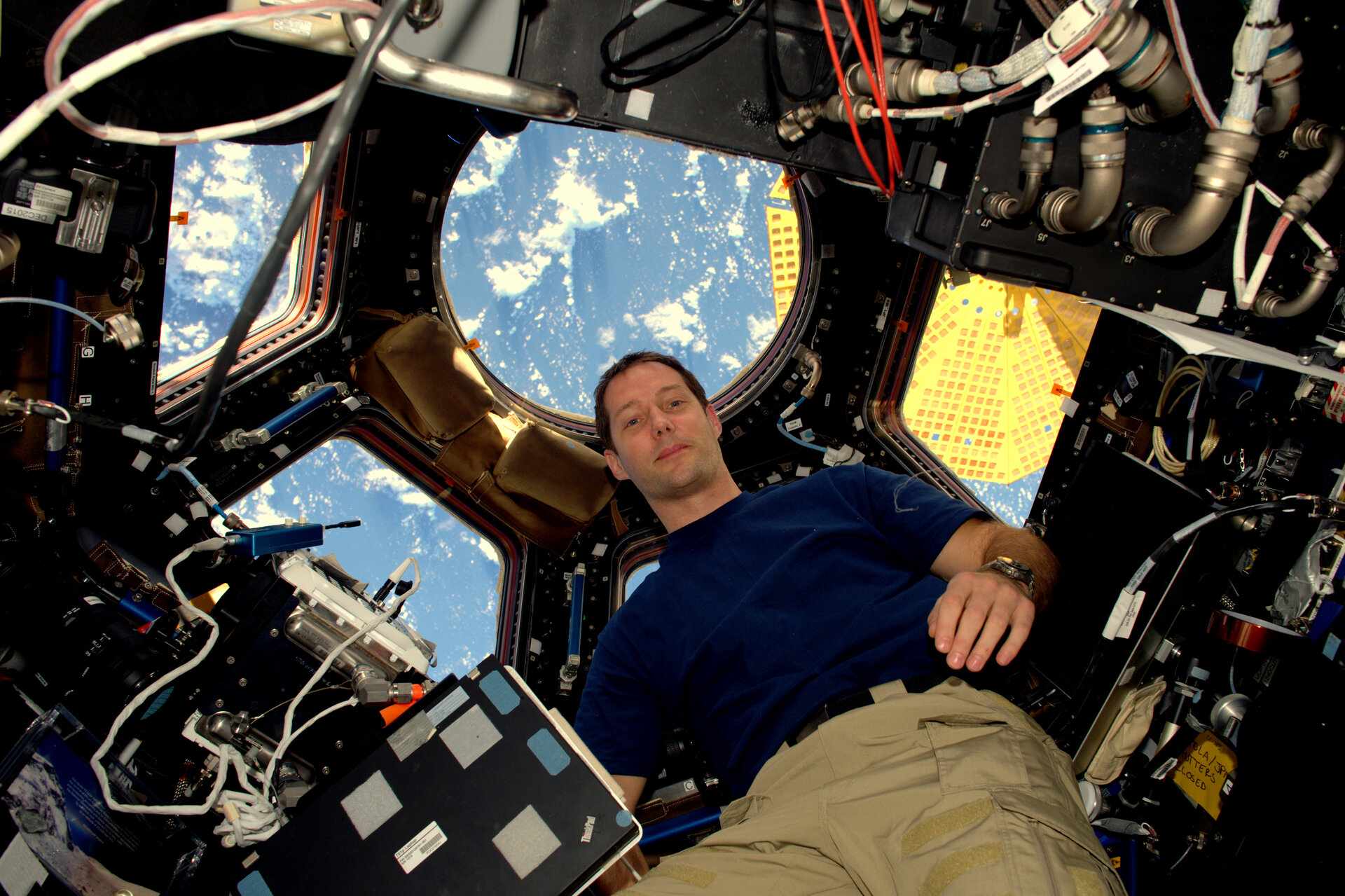 The image was taken in the Space Station’s Cupola observatory, one of ESA’s contributions to the orbital outpost. Built in Italy, the module features seven windows that are quadruple-glazed and shutters that can be closed for protection.

Although Thomas is only at the start of his six-month Proxima mission, he has already helped Station commander Shane Kimborough to monitor the robotic arm unberthing the Cygnus supply vessel – the golden panels in the background of this picture are on that craft.

Cupola is used to monitor spacecraft arrivals and departures and to operate the 16 m-long arm. It also offers breathtaking views of our planet.