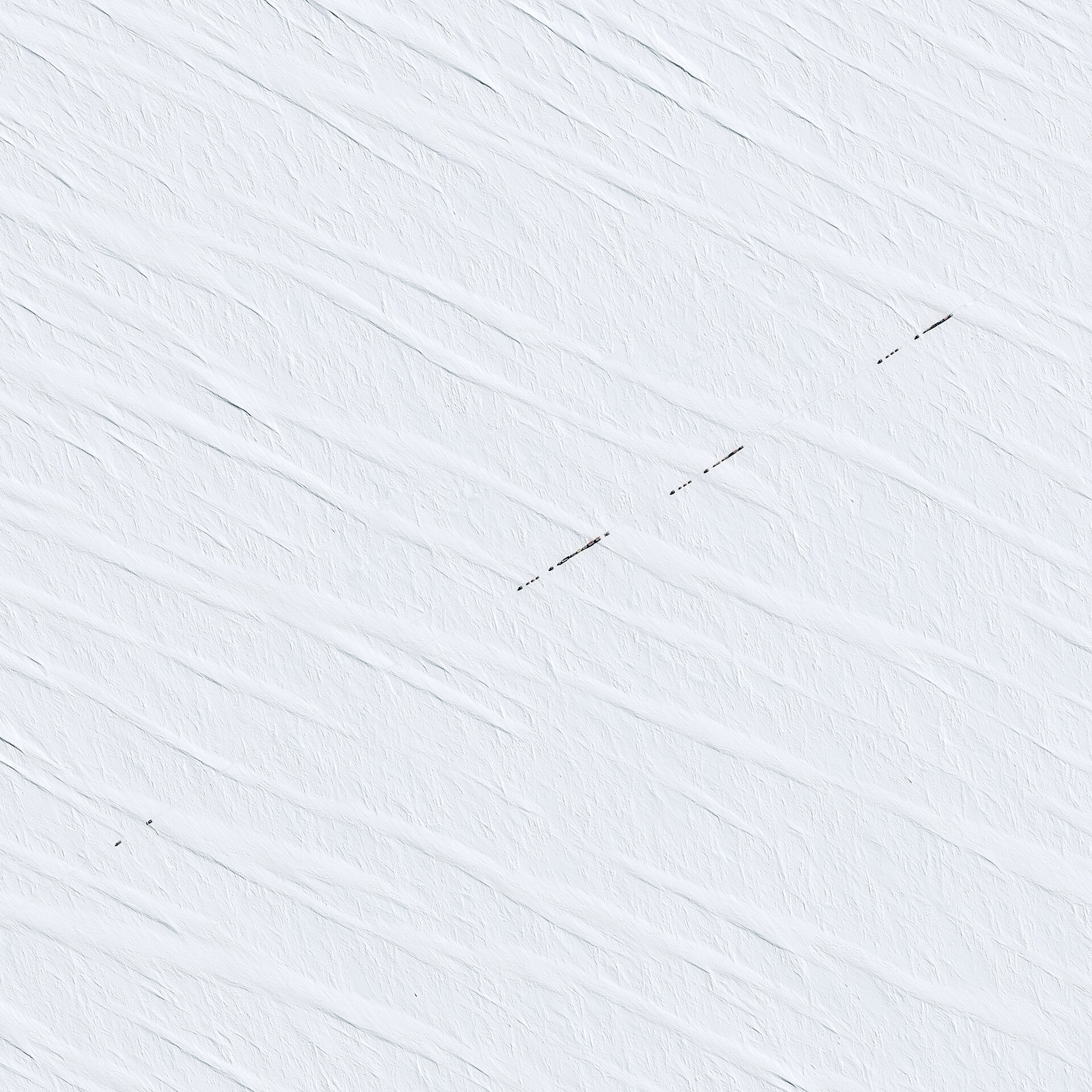 How do you deliver supplies to one of the remotest research stations on Earth? Put the equipment and food on skis and pull them by tractor across the ice and snow in a long caravan.

This image was taken by France’s Pleiades satellite orbiting 700 km high. The convoy of supplies can be seen on the 1000 km trek from Dumont d’Urville on the Antarctic coast to Concordia research station.

The traverse across Antarctica takes 10 days, climbing more than 3000 m to reach Concordia’s plateau. Pulled by heavy-duty tractors, the caravans carry up to 300 tonnes of fuel, food and heavy equipment in 300 m-long convoys organised by France’s IPEV polar institute.

Once at Concordia, three days are spent unpacking and preparing for the return trip. The trip back to the coast generally takes two days less because it is downhill most of the way.

For ESA, the isolation and extreme weather offer interesting parallels with spaceflight and living on another planet. Each year an ESA-sponsored medical doctor joins the crew of the Italian–French station to monitor and run experiments on the crew of up to 15.

In addition, the area around Concordia is also used as a validation site for a number of ESA’s Earth observation missions such as the Soil Moisture and Ocean Salinity satellite.

ESA’s Didier Schmitt took part in this year’s traverse and is blogging about his experience.