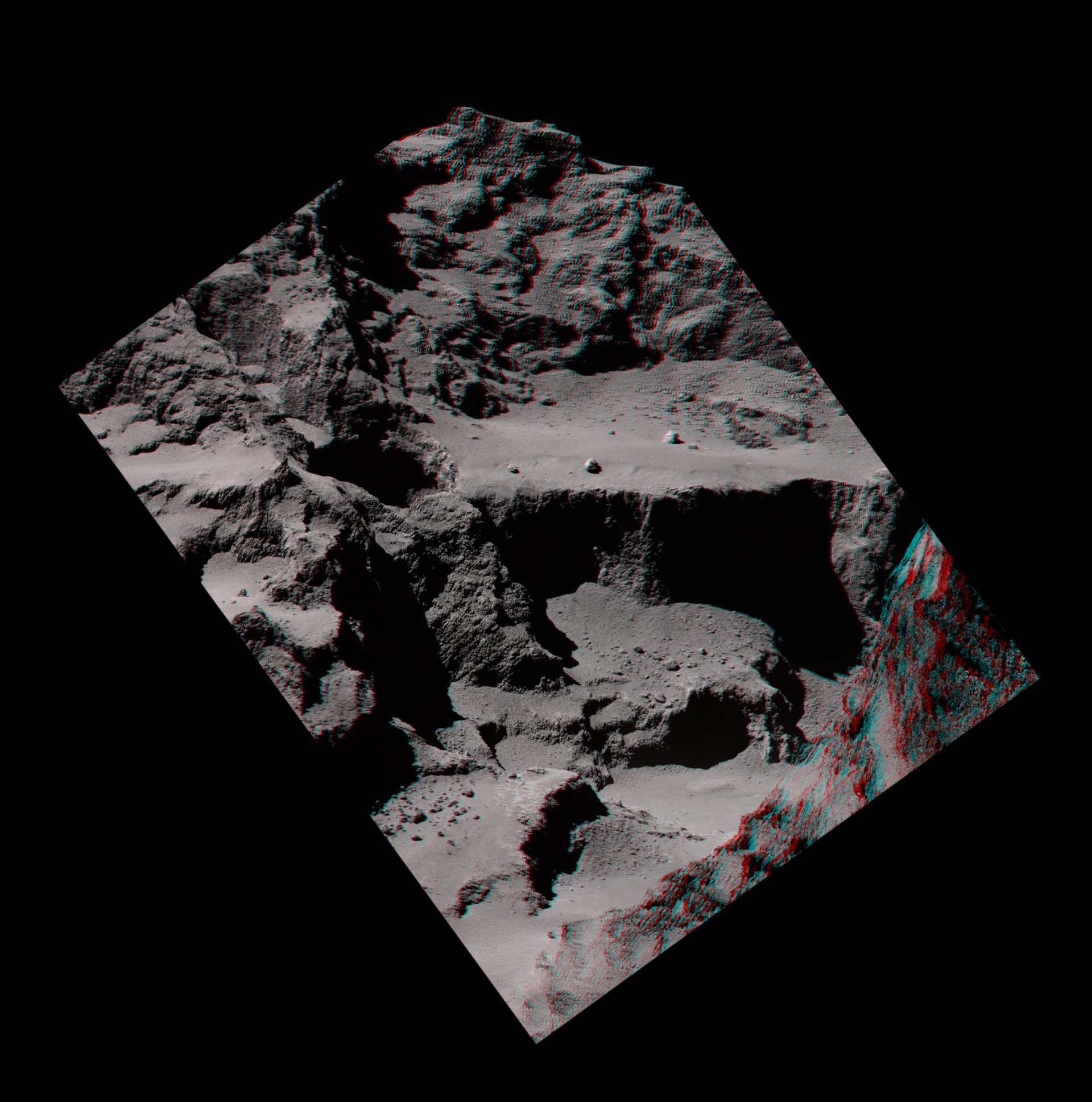 Anaglyph view looking on to the Aswan cliff in the Seth region of Comet 67P/Churyumov–Gerasimenko. Part of the comet’s ‘neck’ and ‘head’ can be seen in the foreground.

The image was taken by Rosetta’s OSIRIS camera, approximately 26 km from the surface of the comet. The image scale is 0.5 m/pixel. The Aswan cliff is approximately 134 m high.