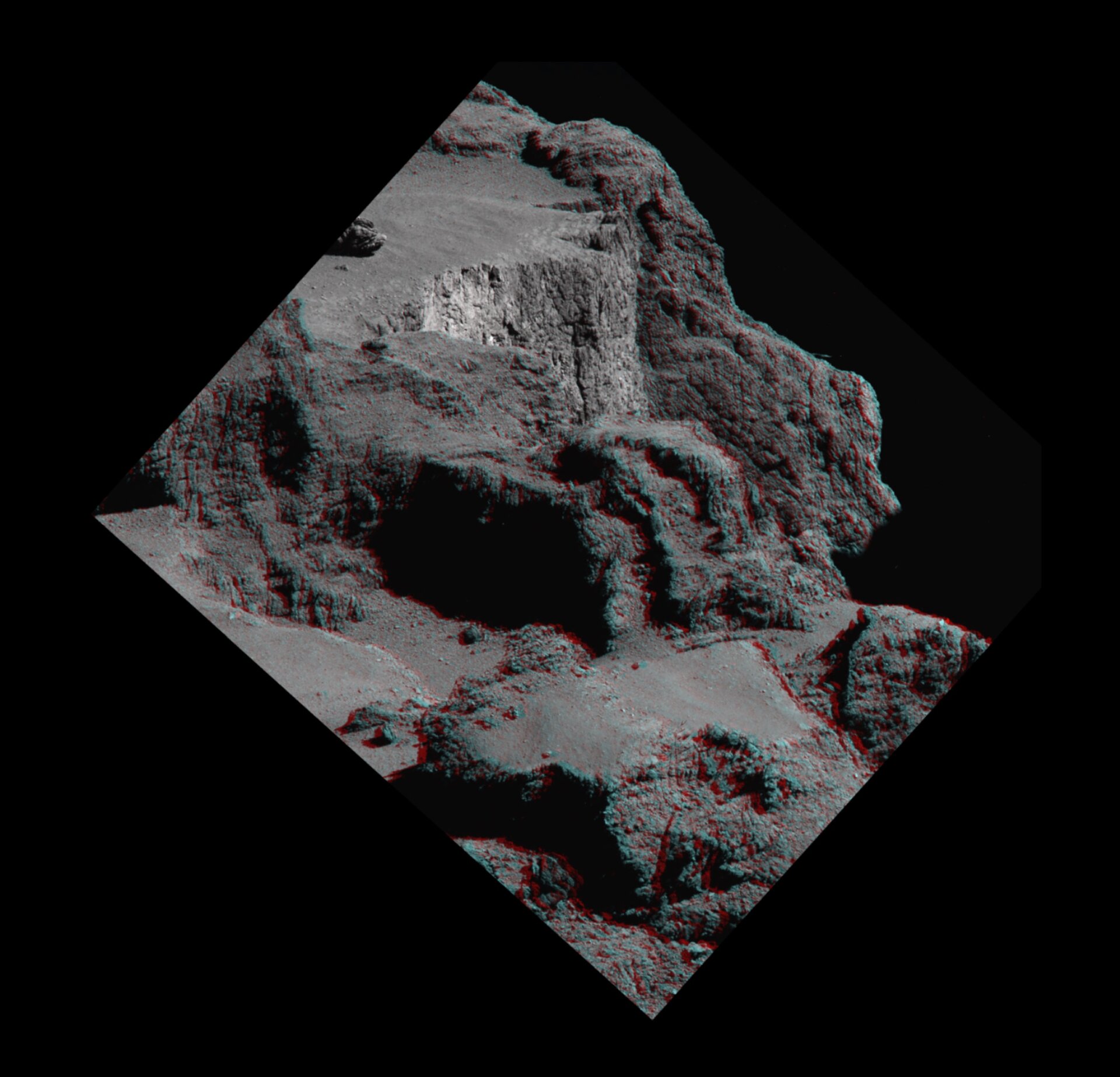 Anaglyph view looking across a rugged foreground towards the Aswan cliff and plateau in the Seth region of Comet 67P/Churyumov–Gerasimenko, after a portion of the cliff top fell away on 10 July 2015. The image was taken on 6 August 2016 and shows the exposed, bright cliff face after the collapse.

The image was taken by Rosetta’s OSIRIS camera, 6.4 km from the surface of the comet. The image scale is 0.12 m/pixel. The Aswan cliff is approximately 134 m high.