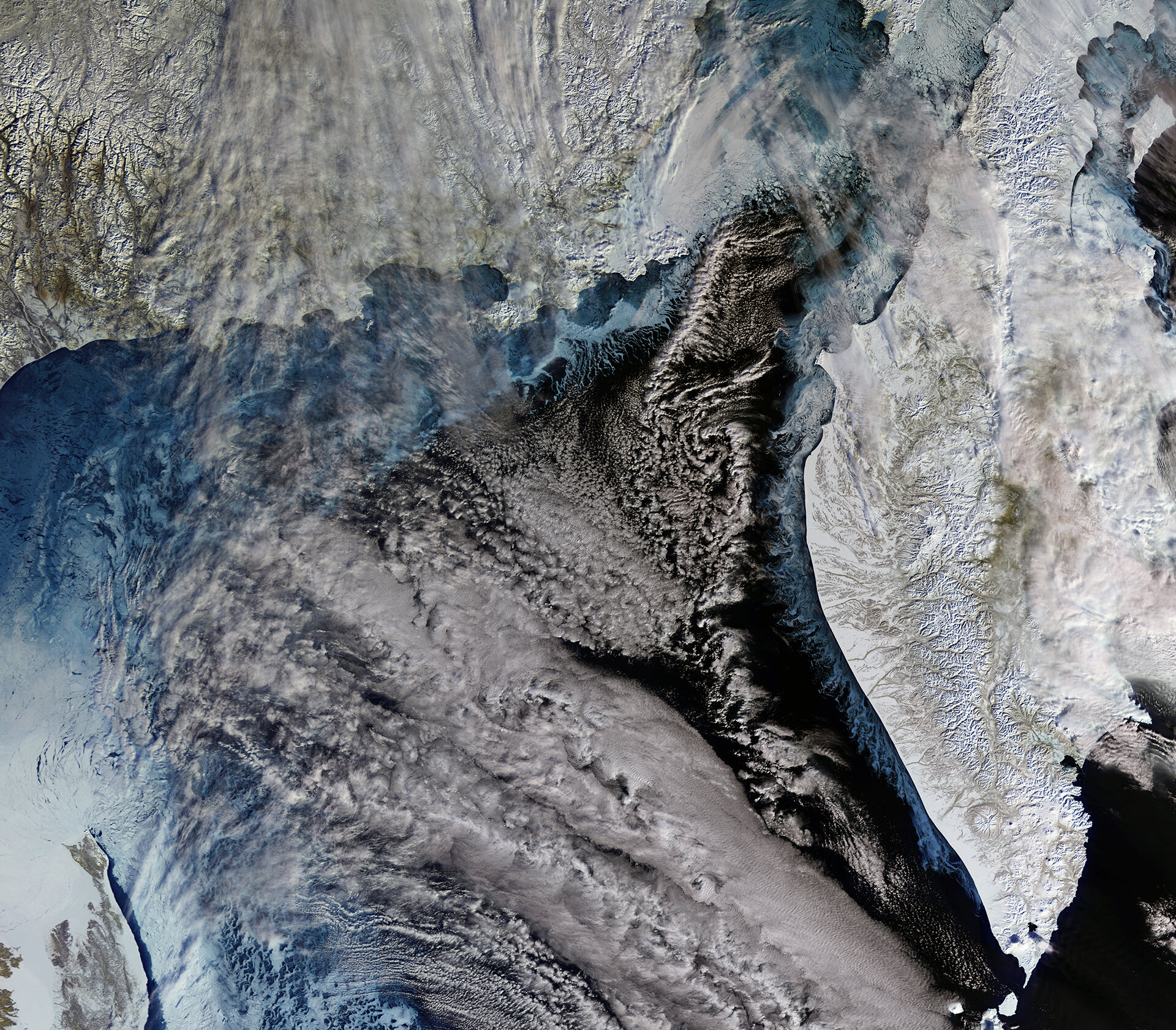 The Sentinel-3A satellite takes us over the Sea of Okhotsk in the Russian Far East on 15 February, where clouds blend with the ice and snow beneath from our bird’s-eye view.

One of the fascinating features is the pattern of floating sea ice, appearing light blue. Along the left we can see cracks in the ice covering the water. In the middle/right, small pieces of fragmented ice driven by wind and currents create the swirls of blue along the coast of the Kamchatka Peninsula.

Located in the Russian Far East, this peninsula has a landscape covered with volcanoes due to its location along the highly active Pacific ‘Ring of Fire’. There are about 160 volcanoes on the peninsula, 29 of which are still active.

We can see part of the central mountain range running down the spine of the peninsula, while the eastern range is mostly covered by clouds. Between them lies the central valley, appearing somewhat brown from the lack of snow cover.

It is no surprise that the area is often referred to as the ‘land of fire and ice’.

Owing to minimal development, the peninsula is known for its abundance of large brown bears. Other common animals include foxes, wolves, reindeer and wolverines.

Sentinel-3 is a two-satellite mission for Europe’s Copernicus programme. While Sentinel-3A has been in orbit since February 2016, the second is set for launch later this year.