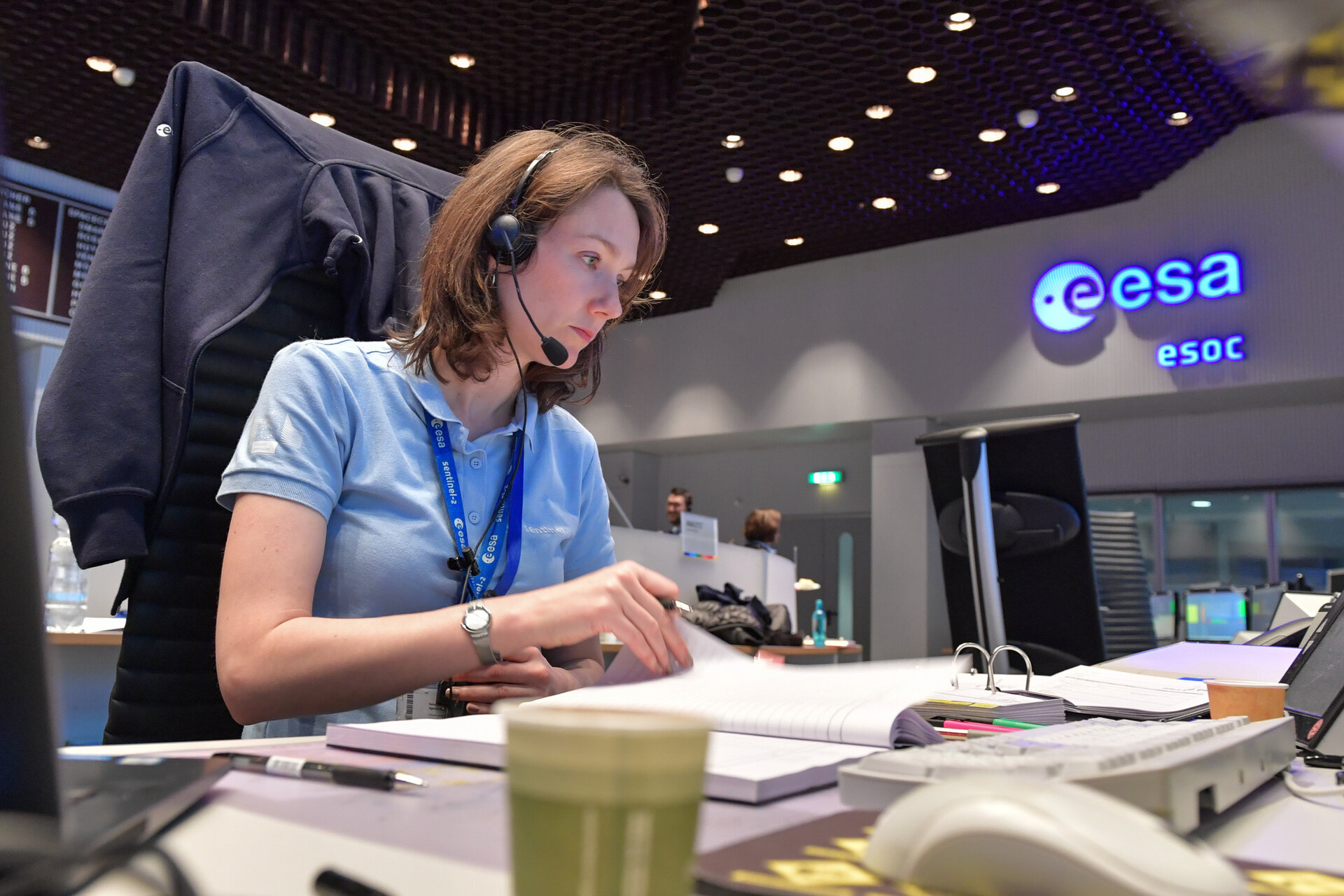 Spacecraft operations manager Michelle Collins working in the Main Control Room during the launch of Sentinel-2B.

About an hour later, telemetry links and attitude control were established by controllers at ESA’s operations centre in Darmstadt, Germany, allowing activation of Sentinel’s systems to begin.

The mission control team has been working in shifts around the clock since launch through today to shepherd the satellite through the critical ‘early orbit’ phase.