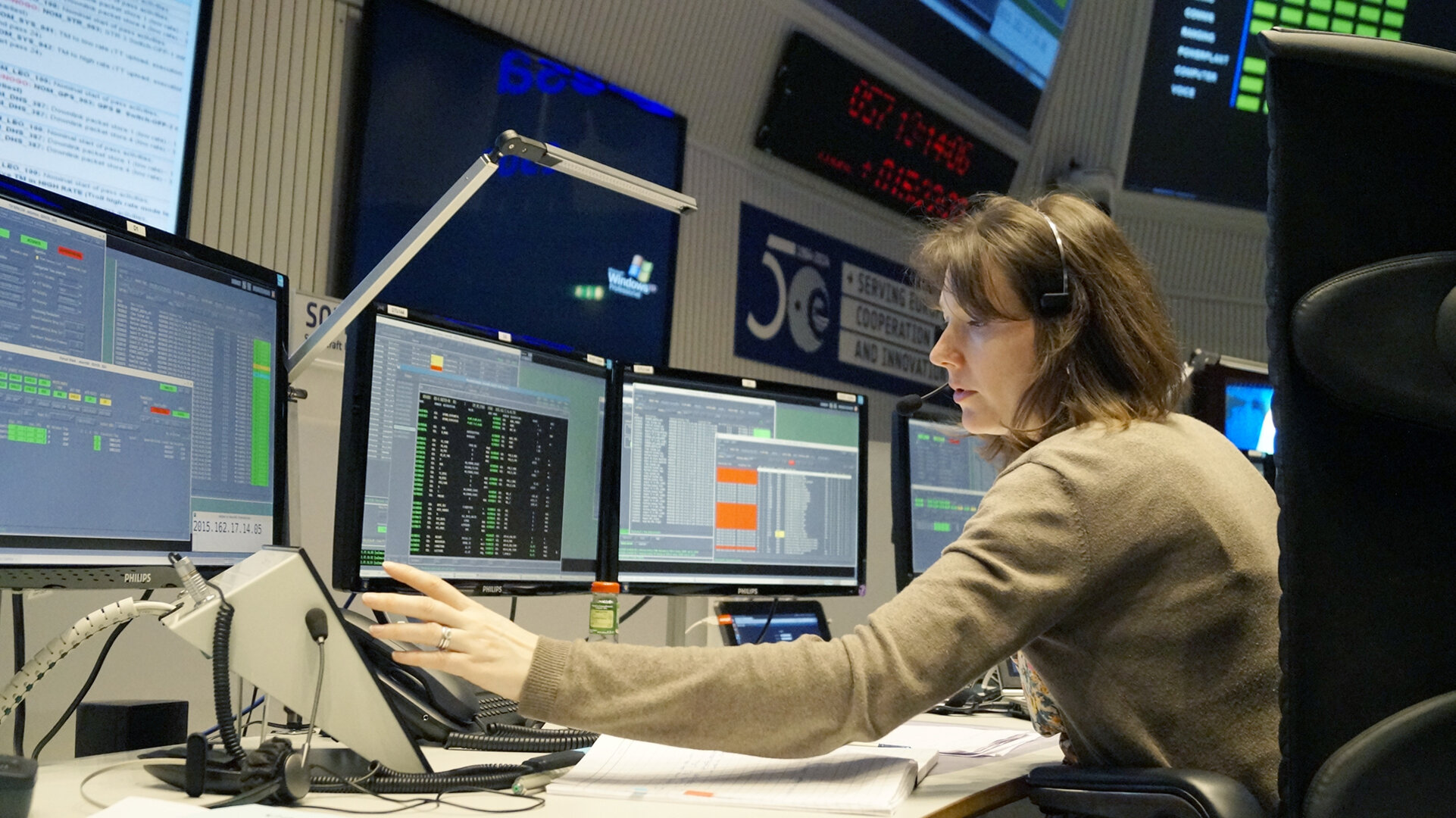 Simulations are a crucial aspect of launch preparations at ESOC. The main objective of any simulation campaign is to train the mission control team, which comprises the flight control team, supporting specialists from flight dynamics, ground systems, the ESTEC project team, and the satellite manufacturer.

In practise, this means that a series of intensive, real-time mission scenarios are rehearsed again and again, until the integrated team are able to handle all routine as well as unplanned situations.

Simulations cover a wide range of scenarios, from before lift-off until the satellite enters the correct orbit with all systems functioning as expected. Failures in systems on board the satellite and in the ground systems are also simulated so as to train the team to recover from any emergency.

Teamwork is honed to a sharp edge; each engineer on the team knows their role, and has an in-depth knowledge of the satellite and ground systems for which they’re responsible.

“Simulations are an exciting time for the mission control team, culminating in one of the highlights of any mission, the launch,” says Deputy Spacecraft Operations Manager Michelle Collins, pictured above.

“The shared – and sometimes high pressure – experiences help build a sense of trust and camaraderie across all the teams, and ensure that we're prepared for anything!"

The Sentinel-2A satellite completed integration at IABG, in February and will be shipped to Europe’s Spaceport in Kourou, French Guiana, in mid-April for launch expected on 12 June.