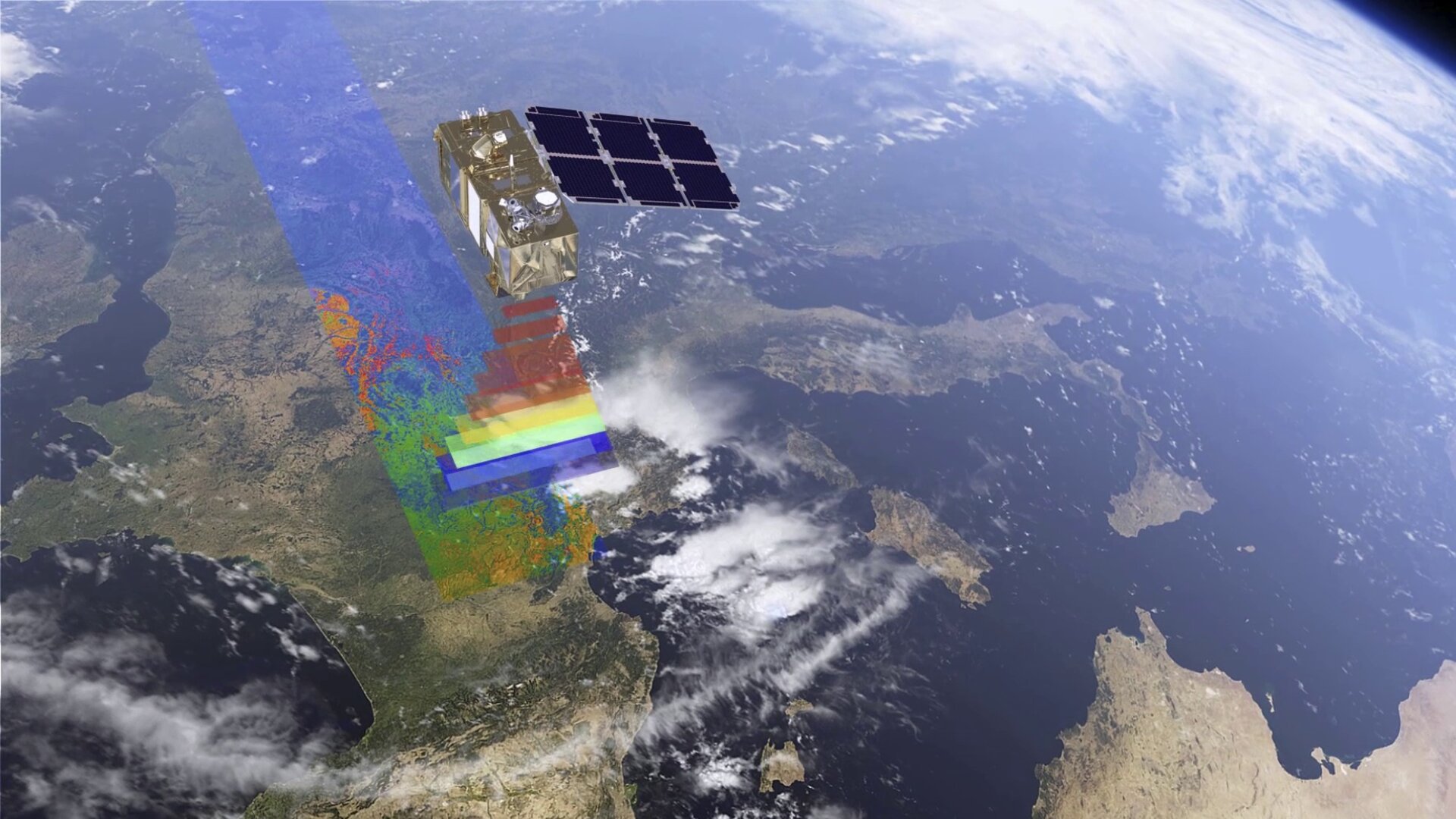 Before Sentinel-2A is packed up and shipped to French Guiana for its launch targeted on 12 June, media representatives and specialists got one last look at the second satellite for Europe’s Copernicus programme.

At an event held at IABG in Munich – where the satellite has been undergoing testing since September of last year – project managers provided an update on the status of the satellite.

“I have a smile in my eyes because we are very close to finishing all the tests of Sentinel-2A,” said Michael Menking from Airbus Defence and Space, the prime contractor leading the industrial consortium that built the satellite.

“All tests have proven that the satellite is doing what it was built to do. We are very close to preparing it for shipment – only two more tests remain.”

Information from this latest mission will help to improve agricultural practices, monitor the world’s forest, detect pollution in lakes and coastal waters, contribute to disaster mapping and much more.

Touching on the variety of the Copernicus services that will be supported by the Sentinels, Reinhard Schulte-Braucks from the European Commission paid particular attention to the applications in the area of health.

“We have been able to support anti-malaria measures in Africa, and hope to do this even better with Sentinel-2 data,” said Mr Schulte-Braucks.

He went on to provide examples of how the satellite will provide information on the environmental factors that affect the number and breeding cycle of mosquitoes, leading to improved forecasting for areas at risk of malaria.

Markus Probeck from the German geo-information technology consultancy GAF-AG highlighted the improved coverage of Sentinel-2 – especially useful over the tropical rainforests where cloud cover is persistent. Land service monitoring, such as settlement expansion and crop yield predictions, will also benefit as frequent updates are needed.

Sentinel-2A still needs to undergo final validation tests before the Qualification and Acceptance Review Board authorises its shipment to Europe’s Spaceport in Kourou, French Guiana, scheduled for 19 April. The target launch date is 12 June.