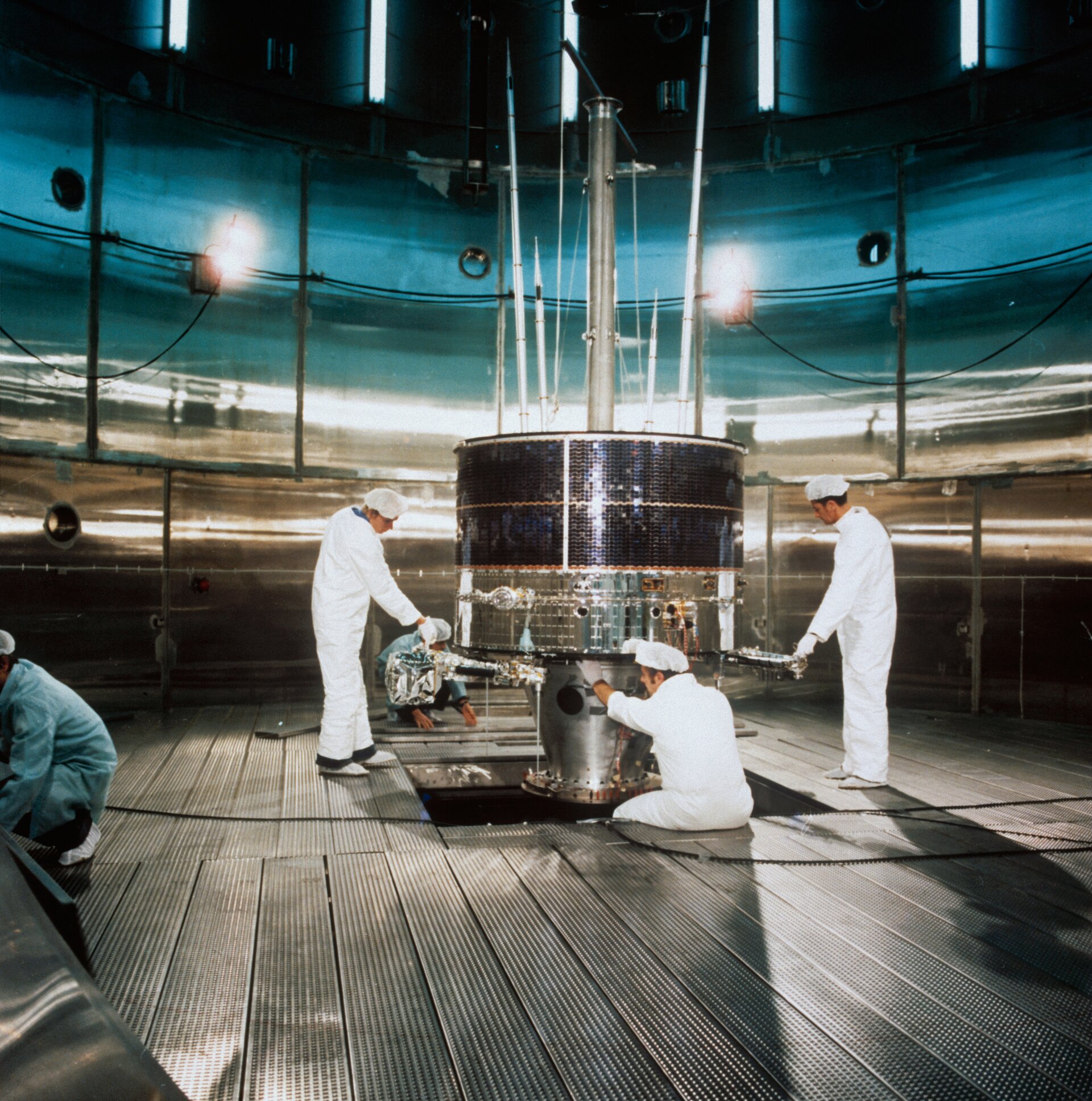 Geos-1 being tested at ESTEC

A vintage view of ESA’s Geos-1 satellite being prepared for flight at ESA’s technical centre in the Netherlands, which was launched 40 years ago this month.

This first ‘Geostationary Scientific Satellite’ is seen being prepared for a boom deployment test inside the Dynamic Test Chamber of the ESTEC technical centre in Noordwijk, the Netherlands. Note the solar cells mounted on the spin-stabilised satellite body.

Geos-1 was designed for geostationary orbit to study the particles, fields and plasmas of Earth's magnetosphere using seven instruments provided by ten European laboratories. Because of its high orbit and the sophistication of its payload, Geos-1 was selected as the reference mission for the global 'International Magnetospheric Study'.

Unfortunately, Geos-1 was left in a low transfer orbit following launch because of a problem with its US Delta launcher, reducing its ability to gather observations.

As a result, the mission’s qualification model was subsequently launched as Geos-2 on 14 July 1978 with an identical payload and successfully reached the planned orbit. In spite of its orbit, Geos-1 made a significant contribution to IMS, and its mission formally ended on 23 June 1978.