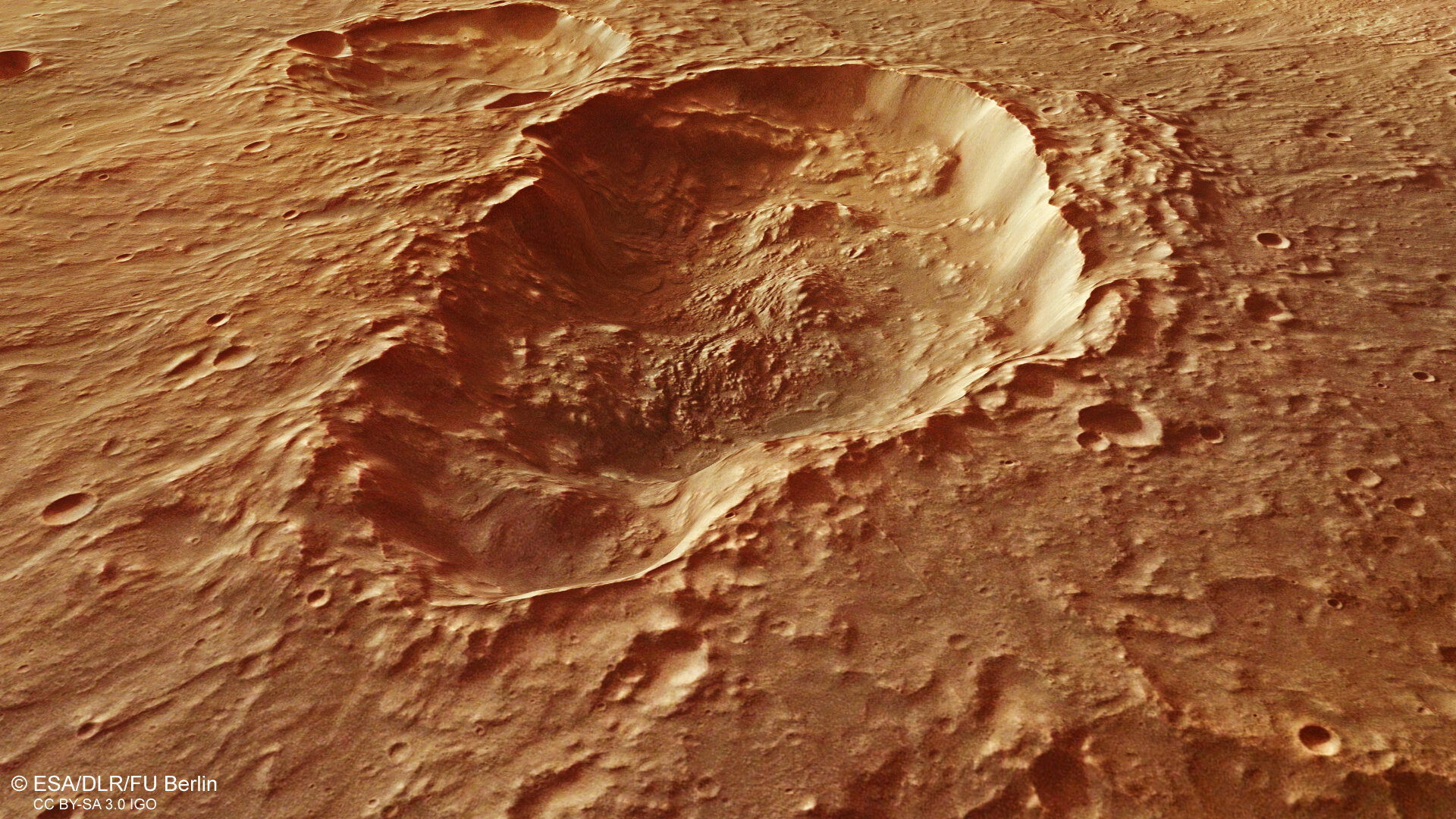 Perspective view across a triple crater

This image shows a perspective view across an elongated crater in Terra Sirenum, which may have been formed by the impact of an object that broke into three after entering the martian atmosphere. The crater measures 45 x 24 km and the view gives a detailed view at the terrain on the crater floor. The asymmetric nature of the ejected debris around it suggests the impactors were travelling from the top right to bottom left.

The image was generated using data from the high-resolution stereo camera on ESA’s Mars Express. This scene is part of the region imaged on 28 January 2017 during orbit 16565. The main image is centred on 198°E / 27°S and the ground resolution is about 22 m per pixel.