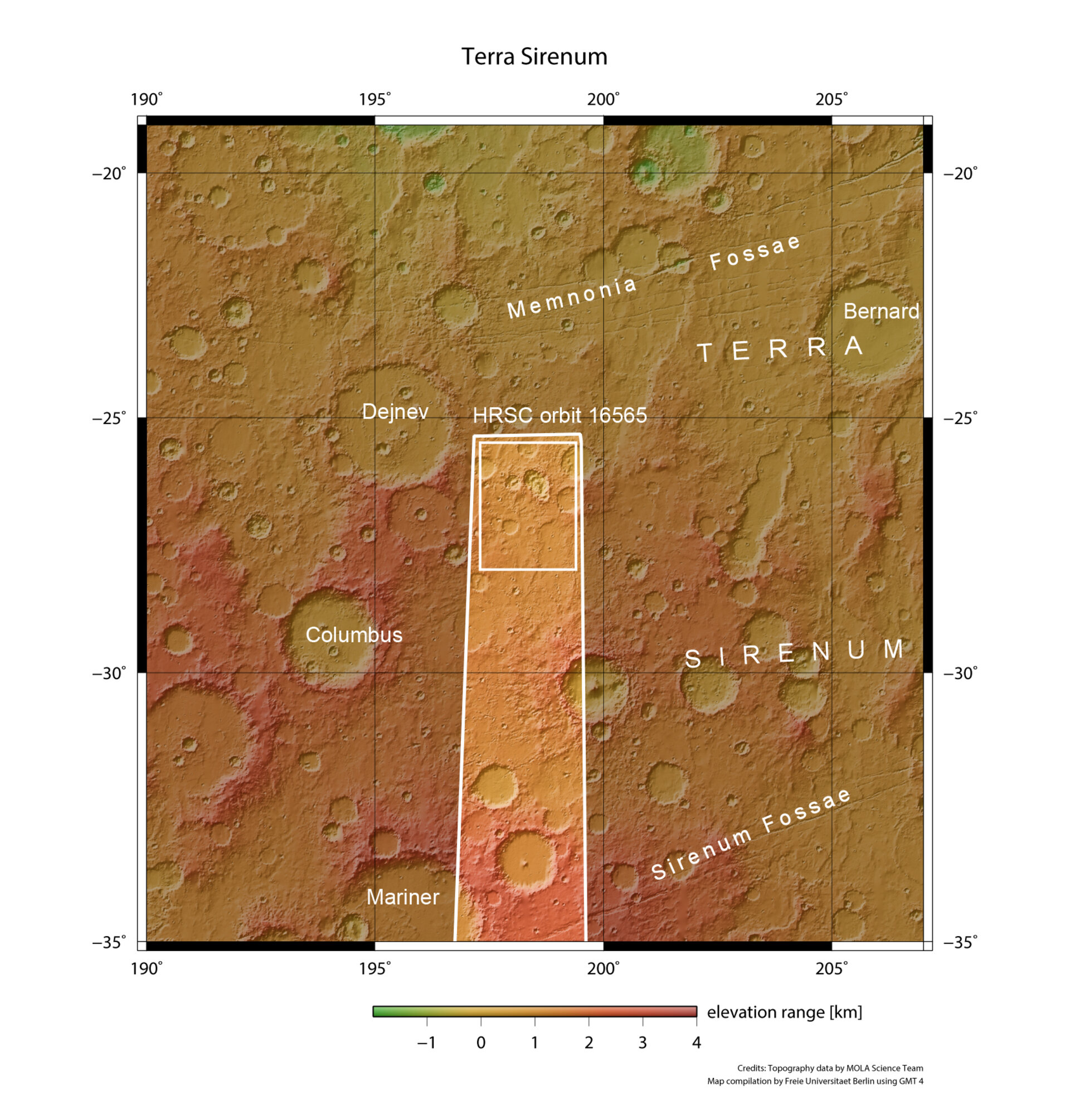 This context image shows the location of the ‘triple crater’ described in the associated image release in the Terra Sirenum region of the Mars southern highlands.

The region outlined by the large white box indicates the area imaged during Mars Express orbit 16565, with the smaller inner box highlighted in the associated image release. In this context image, north is up.