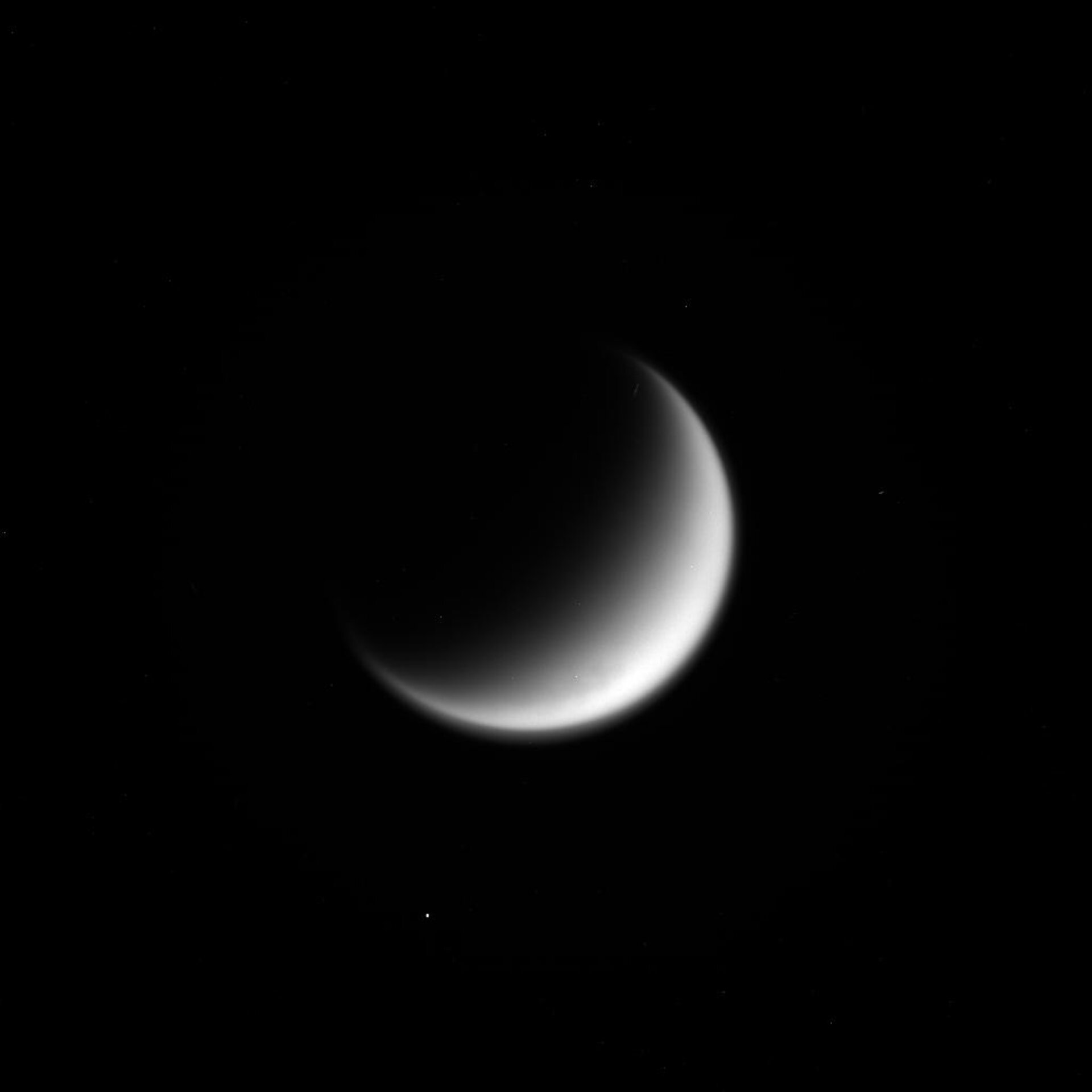 In the early hours of Saturday morning, the international Cassini–Huygens mission made its final close flyby of Saturn’s largest moon, Titan, coming within 1000 km of the atmosphere-clad world.

The image presented here is a raw image sent back to Earth yesterday, taken on Saturday at 18:42 GMT. It is one of many that can be found in the Cassini raw image archive.

The latest flyby used Titan’s gravity to slingshot Cassini into the final phase of its mission, setting it up for a series of 22 weekly ‘Grand Finale’ orbits that will see the spacecraft dive between Saturn’s inner rings and the outer atmosphere of the planet. The first of these ring plane dives occurs on Wednesday.

Cassini will make many additional non-targeted flybys of Titan and other moons in the Saturnian system in the coming months, at much greater distances. Non-targeted flybys require no special manoeuvres, but rather the moon happens to be relatively close to the spacecraft’s path.

A final, distant, flyby of Titan will occur on 11 September, in what has been nicknamed the ‘goodbye kiss,’ because it will direct Cassini on a collision course with Saturn on 15 September. This will conclude the mission in a manner that avoids the possibility of a future crash into the potentially habitable ocean-moon Enceladus, protecting that world for future exploration.

A press conference will be held on 25 April at 13:30 GMT (15:30 CEST), at the European Geosciences Union meeting in Vienna, to preview the Grand Finale, as well as celebrate the scientific highlights of Cassini’s incredible 13-year odyssey at Saturn.

Just today a new result was published in Nature Astronomy that finds that when viewed from Cassini's orbit, Titan's nightside likely shines 10-200 times brighter than its dayside. Scientists think that this is caused by efficient forward scattering of sunlight by its extended atmospheric haze, a behaviour unique to Titan in our Solar System.