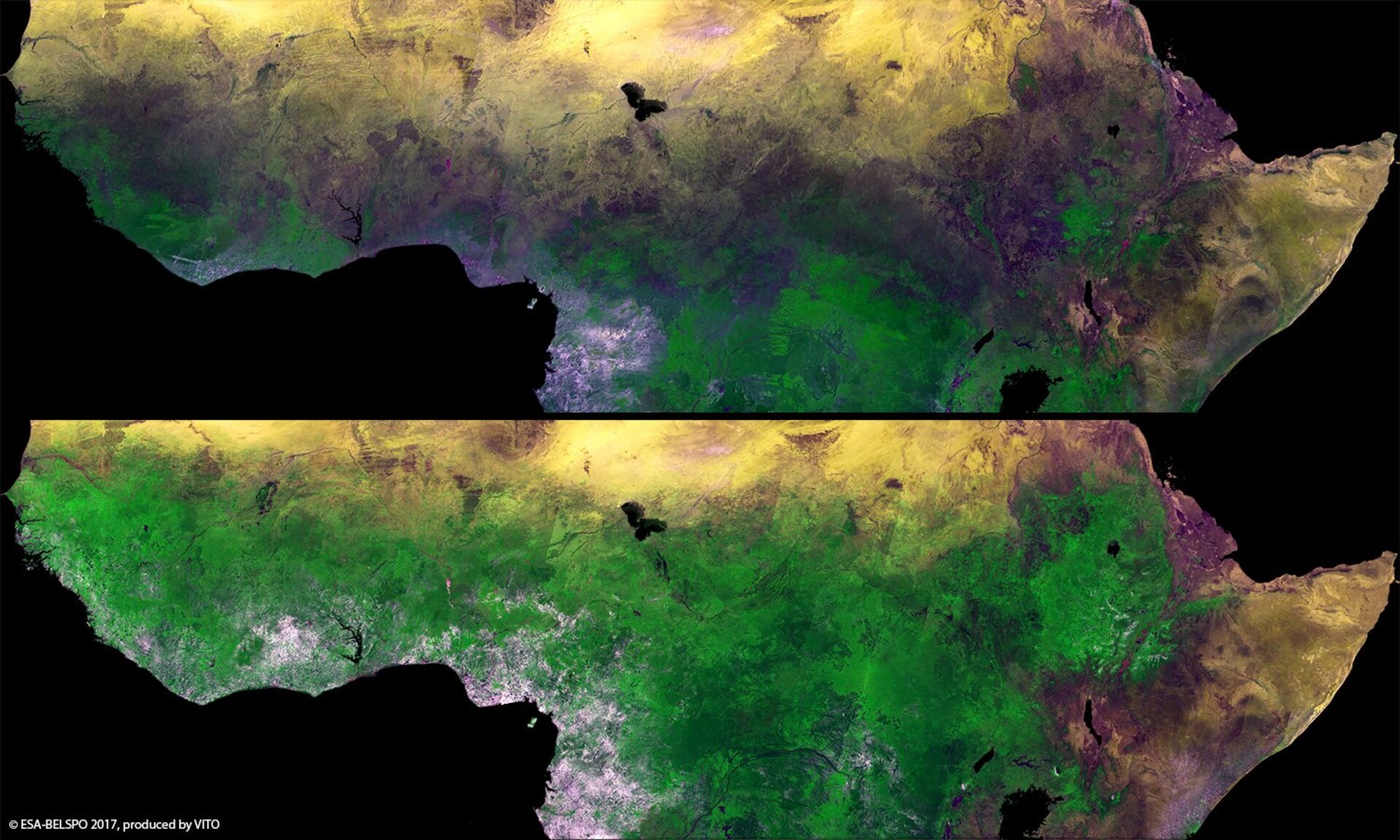 The semi-arid Sahel stretches more than 5000 km across Africa, from the Atlantic Ocean (Senegal, Mauritania) to the Red Sea (Sudan). The few months of the rainy season in the Sahel are much needed in these hot and sunny parts of Africa, and are critical for the food security and livelihood of their inhabitants.

The name Sahel can be translated from Arabic as coast or shore, considered as the ever-shifting landward ‘coastline’ of the arid Sahara Desert.

Smaller than a cubic metre, Proba-V nevertheless images the entire land surface of Earth every two days or less, allowing researchers around the globe to trace gradual shifts in vegetation.

A new set of timelapse videos shows the power of such rapid-repeat views.