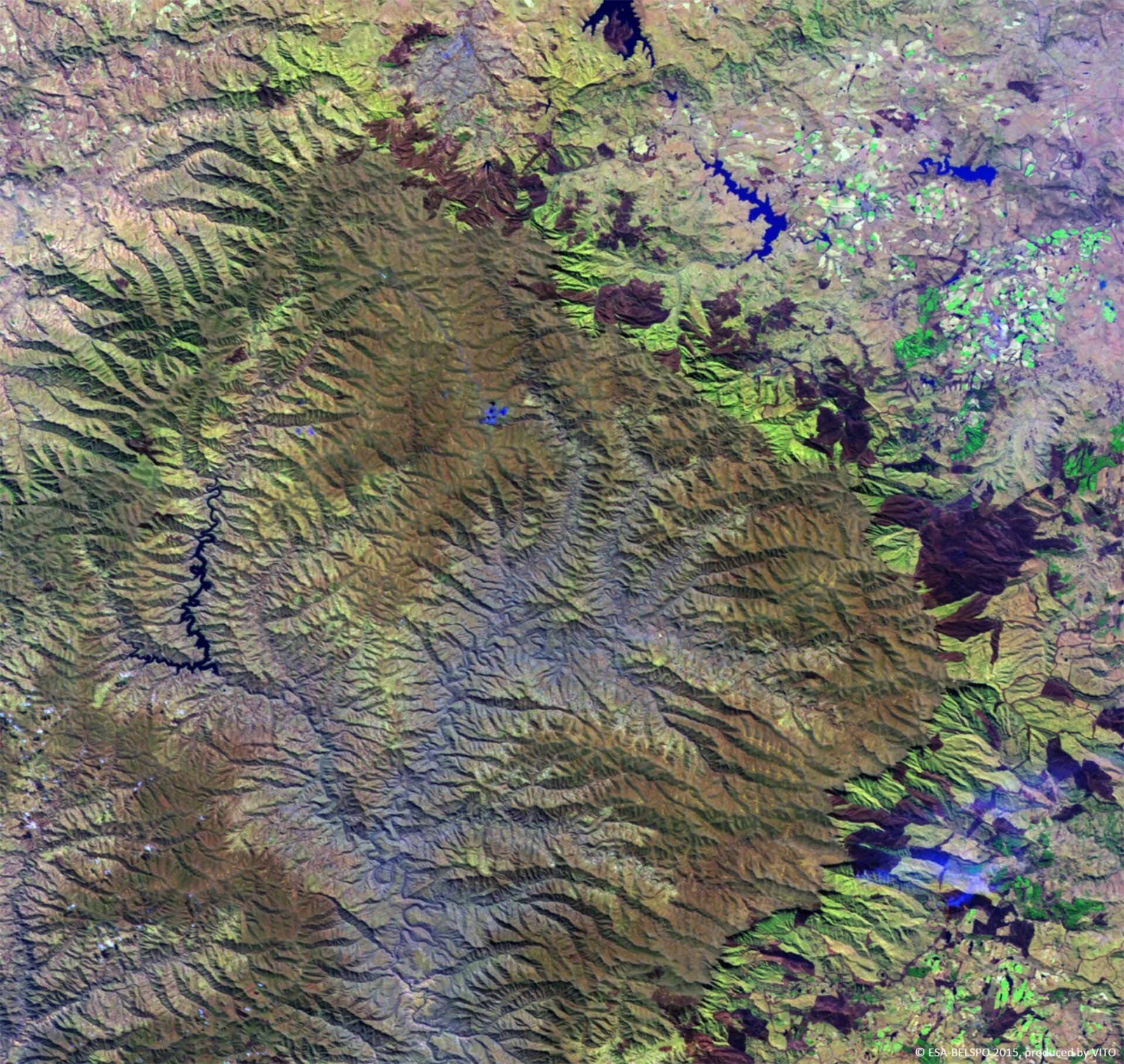 The range sits in southern Africa and extends from northeast to southwest for around 1125 km. This 100 m-resolution image centres on uKhahlamba–Drakensberg Park, located at Lesotho’s northeastern border with the South African province of Kwazulu-Natal, covering roughly 240 000 hectares. Lesotho’s Malibamats’o River is visible to the upper left.

Rich in its diversity of habitats, the park is home to various populations of endemic birds, mammals and reptiles. It is also home to the largest collection of rock paintings in Africa south of the Sahara. The paintings reflect the way of life of the San people, which lived in the area for more than four millennia. In 2000, UNESCO named the park as a World Heritage Site.