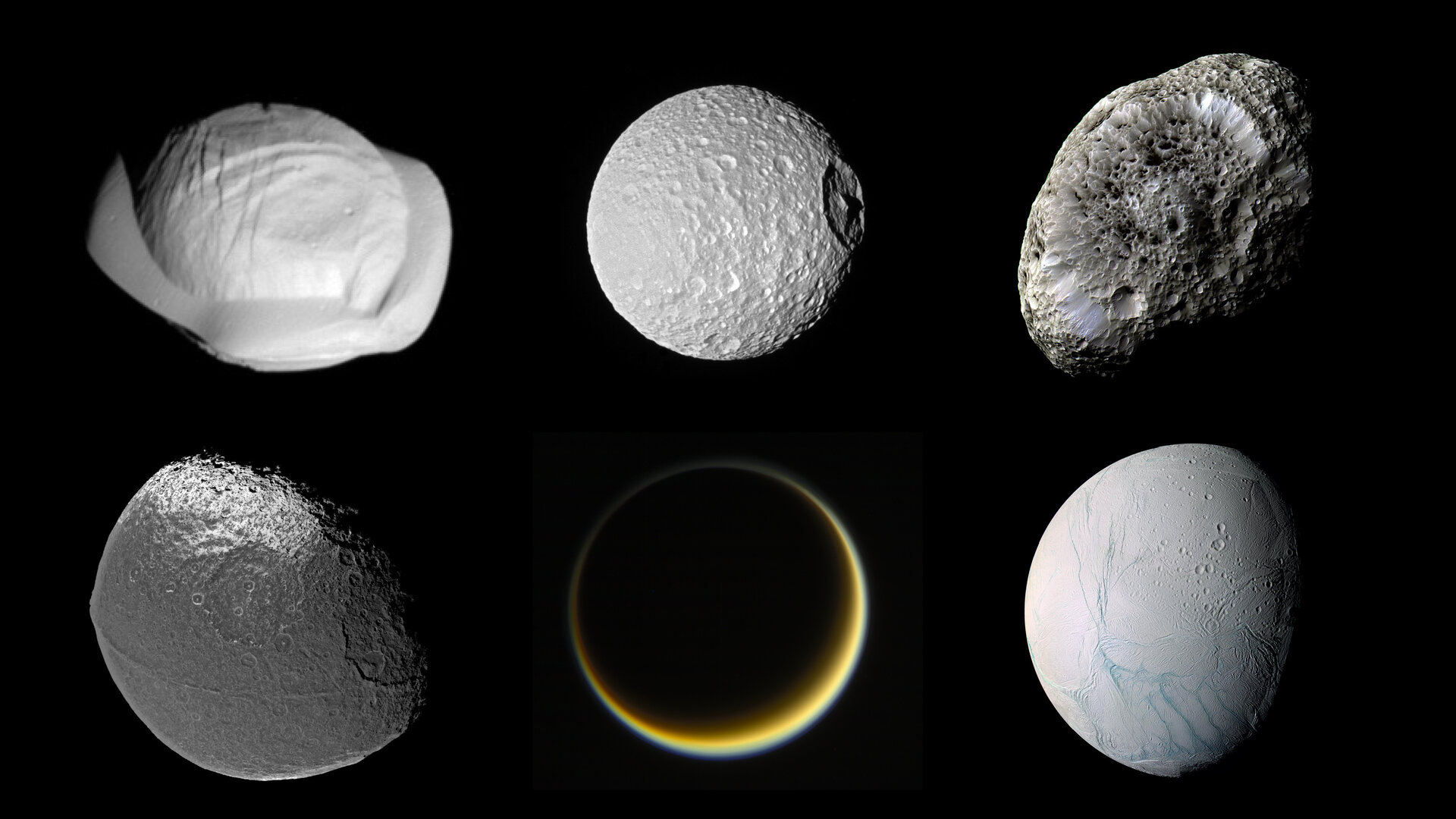 Saturn has an incredible family of more than 60 moons, ranging in size from just a few hundred metres to larger than planet Mercury. This montage showcases the varying characteristics of just a few of Saturn’s major moons (not to scale).

Top row: tiny ravioli-shaped Pan, which has a maximum width of about 35 km; Mimas (396 km wide) which resembles the Death Star from Star Wars with its 139 km-wide crater that dominates the surface, and irregular-shaped Hyperion (~360 x 266 x 205 km), which looks like a giant sponge.

Bottom row: Iapetus (1470 km wide) with its curious 20 km-wide topographic ridge that coincides almost exactly with the geographic equator; Titan, the largest of Saturn’s moons, at 5150 km, with a thick atmospheric haze, and icy Enceladus (504 km wide) with its ‘tiger stripe’ fissures in the southern hemisphere from which plumes are seen to erupt, pointing to an underground reservoir of water.