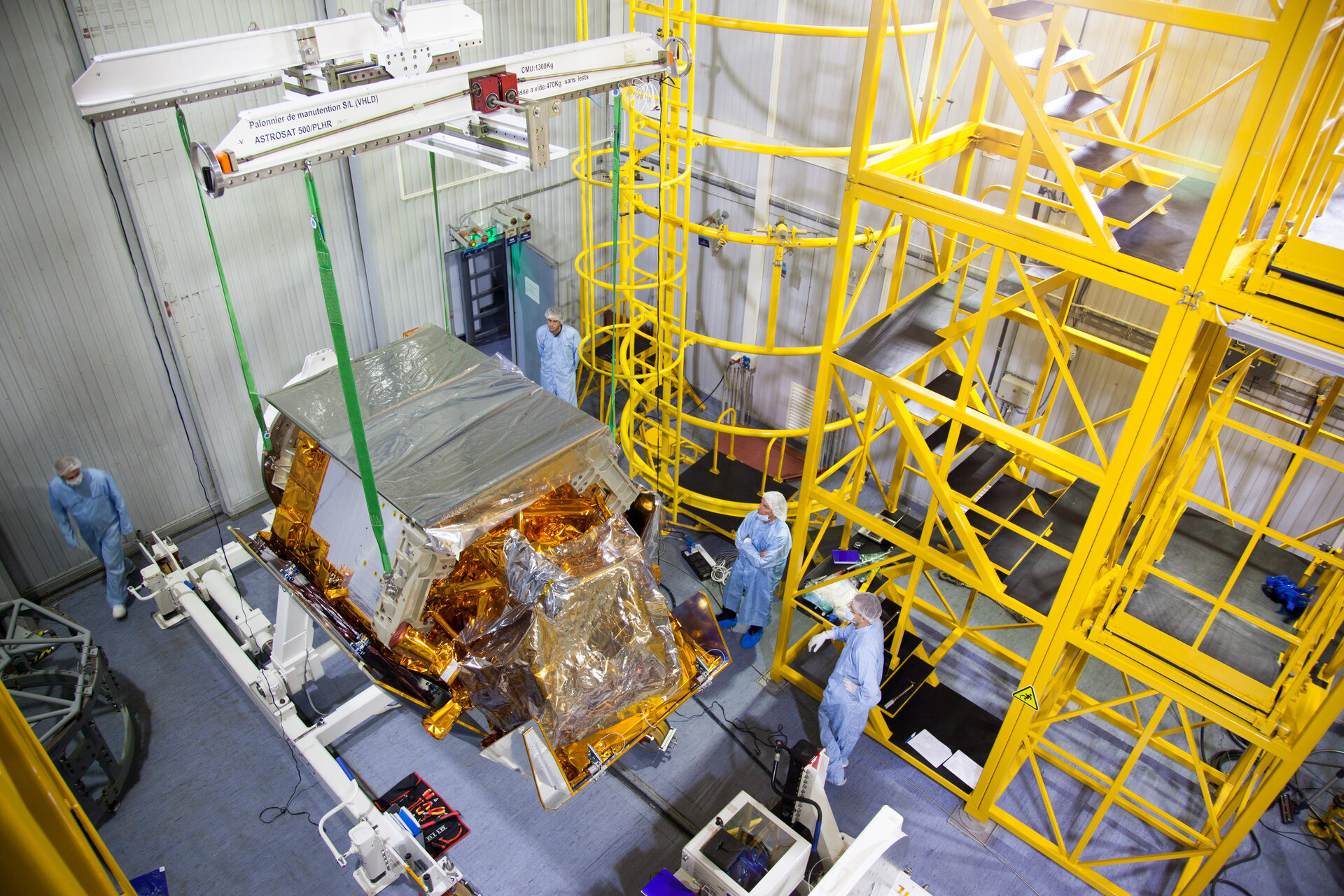 Sentinel-5P being lifted into position

The Sentinel-5P satellite is at Plesetsk in northern Russia being prepared for liftoff on 13 October 2017. Once the satellite had been transported from the UK to Plesetsk it was taken out of its container and lifted by crane into position for testing. Engineers are in the process of testing the satellite and its Tropomi instrument before it is fuelled and encapsulated in the Rocket launcher fairing.