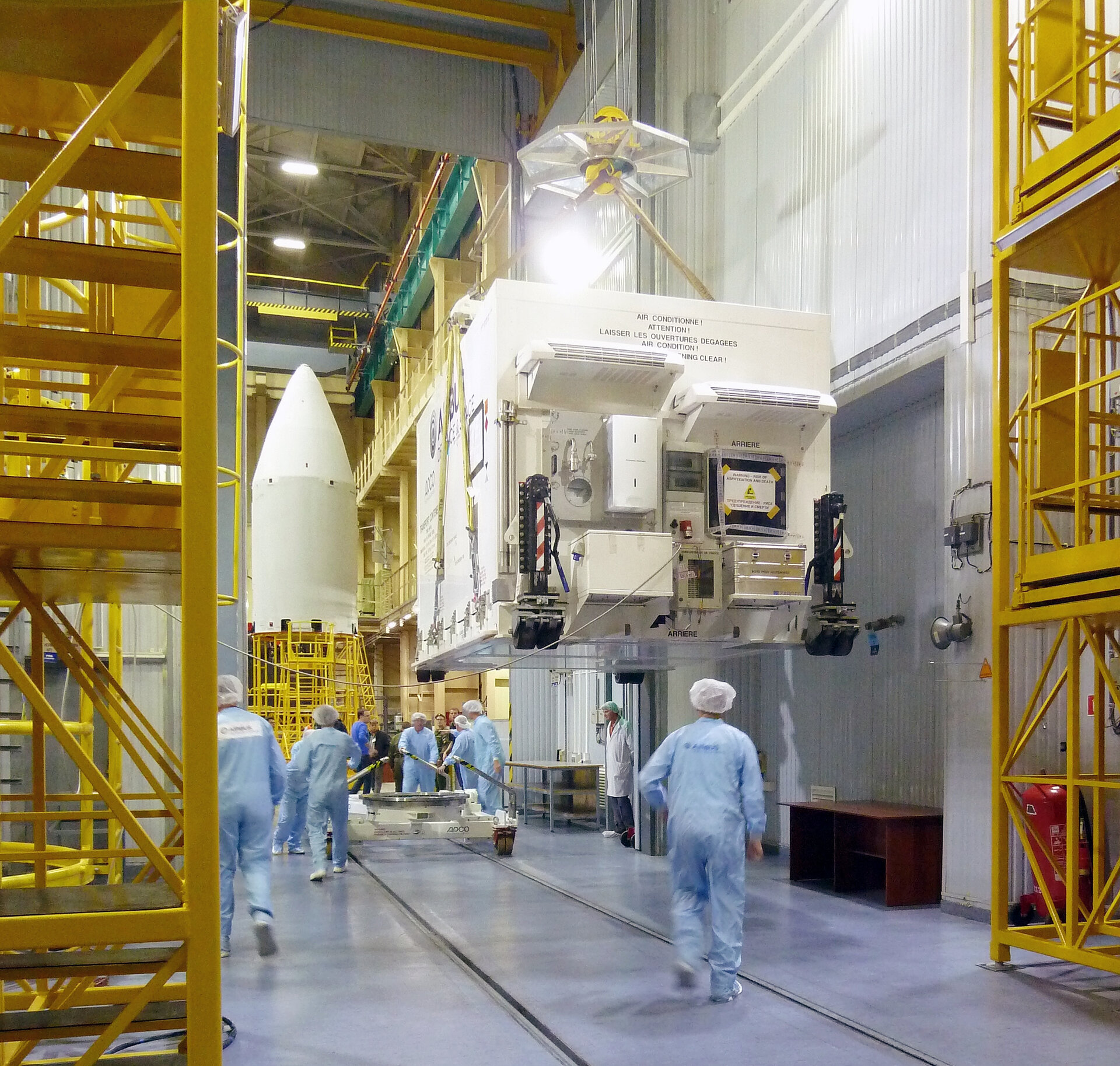 The Sentinel-5P satellite has arrived in Plesetsk in northern Russia to be prepared for liftoff on 13 October 2017. The satellite was taken from Airbus Defence and Space in Stevenage, UK, where it was put together and tested, to Stansted airport to be loaded onto a huge Antonov plane for its flight to Moscow. This leg was followed by another flight to Archangelsk in the northwest of Russia and then a 250-km train journey to Plesetsk, arriving safe and sound on Friday 1 September. The team have now cleaned the satellite’s transport container and moved it to the ‘MIK’ cleanroom where it will be opened and spend the coming weeks being tested and prepared for liftoff.