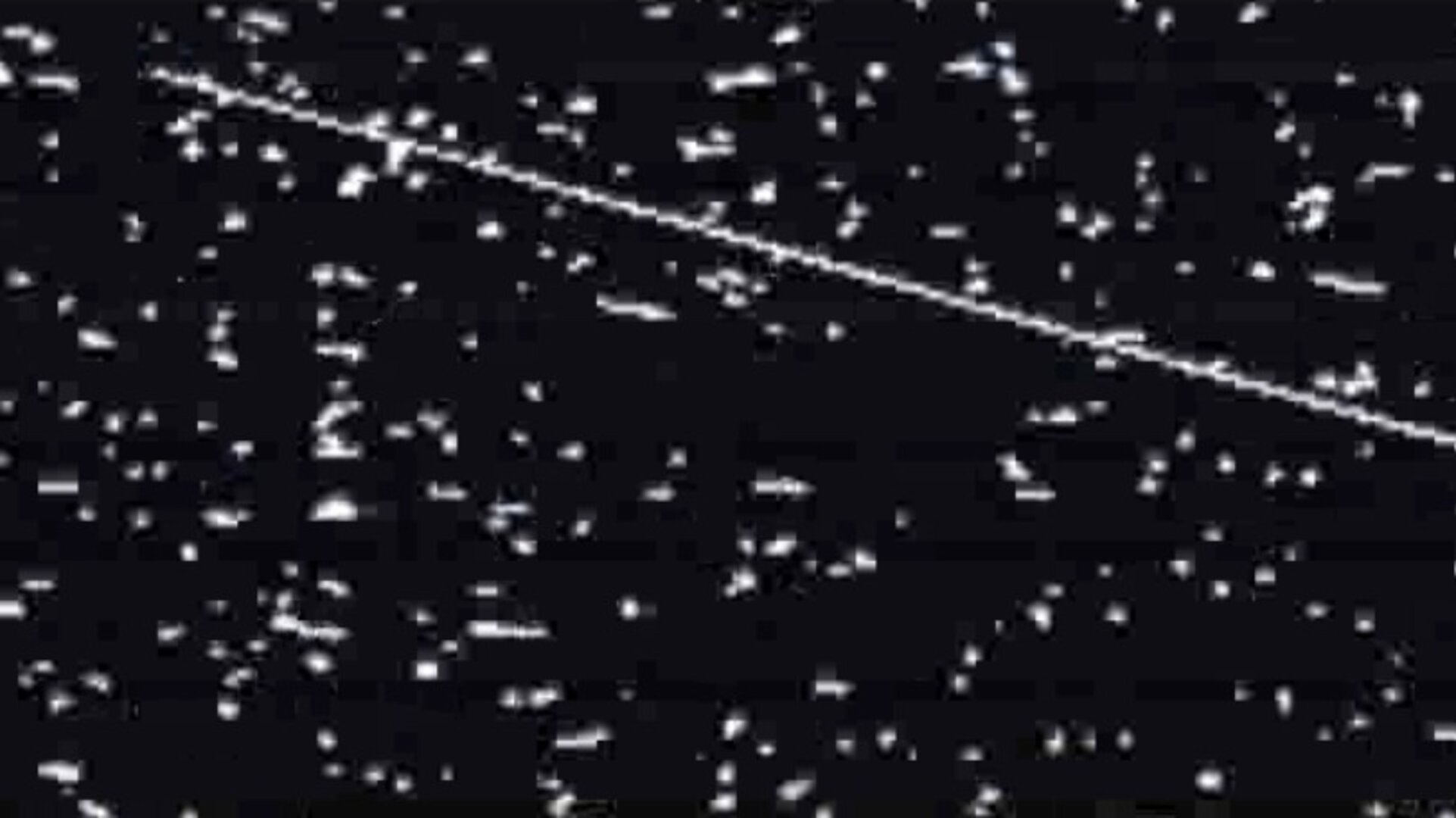 Cloudy with a chance of protons

ESA’s Gaia mission, in orbit since December 2013, is surveying more than a thousand million stars in our Galaxy, monitoring each target star about 70 times over a five-year period and precisely charting their positions, distances, movements and brightness.

Although Gaia is not equipped with a dedicated radiation monitor, it can provide information about the space weather – and the solar particles and radiation – that it encounters at its unique orbital position, 1.5 million km from Earth, away from the Sun.

In this image, captured by Gaia’s Wave Front Sensor – a sort of ‘camera within a camera’ in its main star-sensing instrument – the streaks of ‘snow’ are trails of individual protons. During normal space weather conditions, the image would only include one or two proton trails. The long trail running horizontally across the image indicates a particularly energetic proton.

This proton storm was also reported by NASA’s GOES weather satellite, which is equipped with a particle-sensing instrument.

The solar flare that gave rise to these protons took place on 10 September 2017, and the peak flow of protons streaming past Gaia occurred at about midnight on 11 September.

“Gaia is designed to withstand these space weather storms and it was able to continue as normal throughout the period of increased radiation,” says spacecraft operations engineer Ed Serpell.

“During the days of the increased radiation, the amount of ground contact with the ESA deep-space network was increased to provide more realtime information about the spacecraft performance. This additional visibility confirmed how well Gaia was performing and no intervention was necessary.”

The storm had some minor, temporary effect on Gaia’s attitude and orbit control system. The excess protons also caused the main science instrument to generate much more data than usual, which had to be offloaded from the onboard memory.