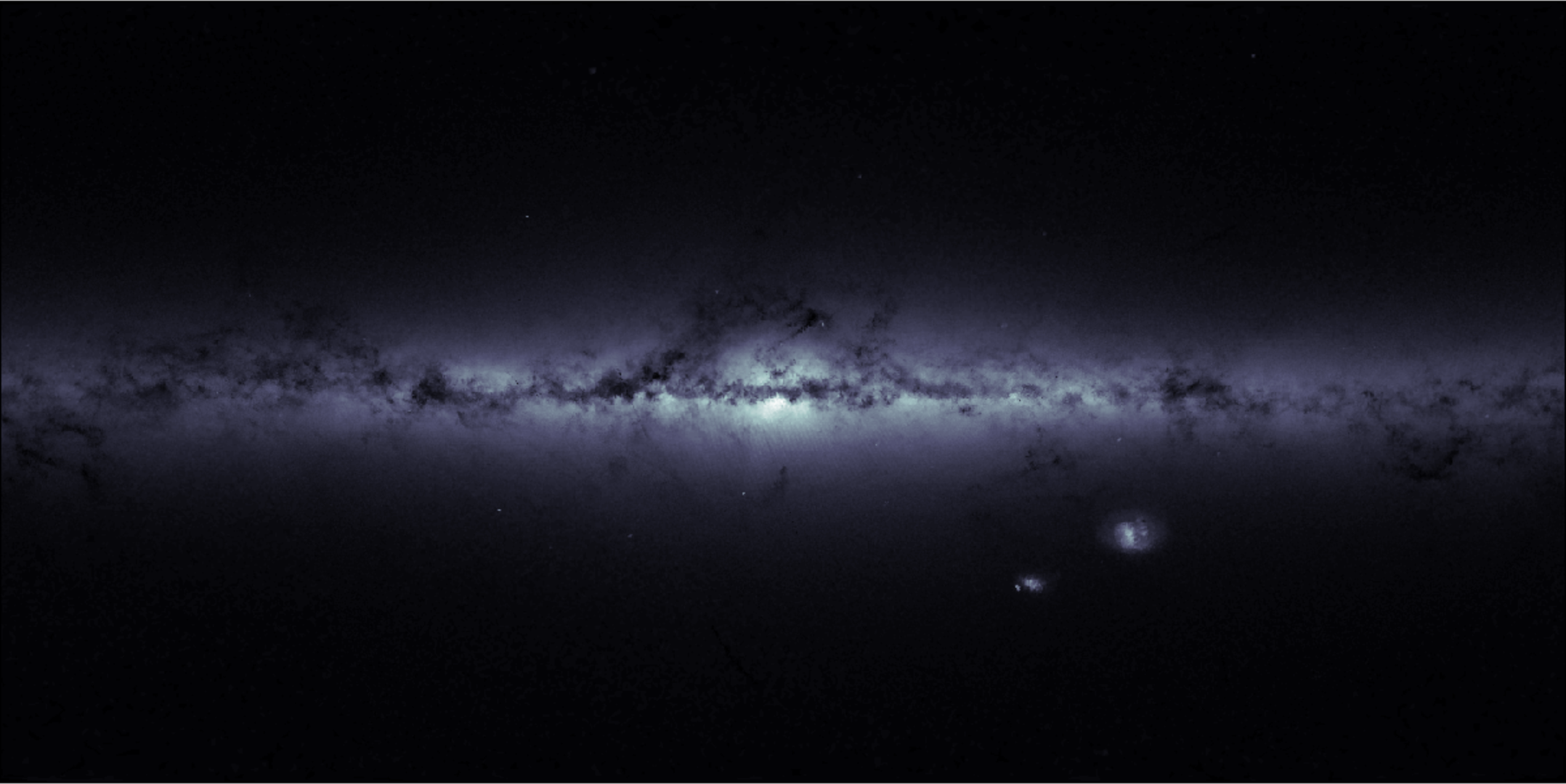 The outline of our Galaxy, the Milky Way, and of its neighbouring Magellanic Clouds, in an image based on housekeeping data from ESA’s Gaia satellite, indicating the total number of stars detected every second in each of the satellite's fields of view.

Brighter regions indicate higher concentrations of stars, while darker regions correspond to patches of the sky where fewer stars are observed.

The plane of the Milky Way, where most of the Galaxy’s stars reside, is evidently the brightest portion of this image, running horizontally and especially bright at the centre. Darker regions across this broad strip of stars, known as the Galactic Plane, correspond to dense, interstellar clouds of gas and dust that absorb starlight along the line of sight.

Beyond the plane, only a few objects are visible, most notably the Large and Small Magellanic Clouds, two dwarf galaxies orbiting the Milky Way, which stand out in the lower right part of the image. A few globular clusters – large assemblies up to millions of stars held together by their mutual gravity – are also sprinkled around the Galactic Plane.