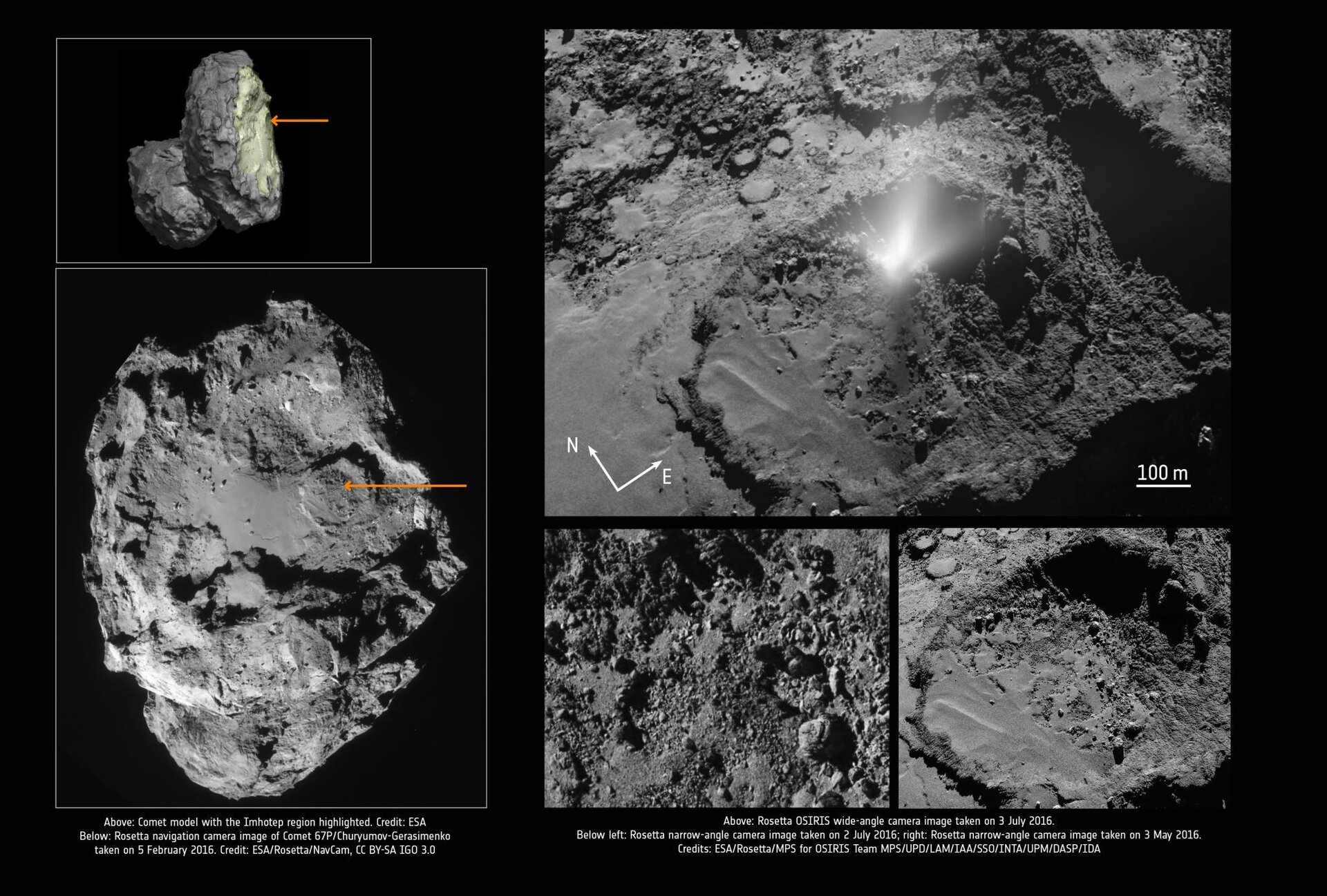 A plume of dust from Comet 67P/Churyumov–Gerasimenko, seen by ESA’s Rosetta spacecraft on 3 July 2016, provided evidence that the outburst was powered from deep inside the comet, perhaps released from ancient gas vents or pockets of hidden ice.

Top left: a model of the comet highlighting the Imhotep region. An arrow indicates the basin from which the plume emerged on 3 July 2016.

Bottom left: an image of the comet, taken by Rosetta’s navigation camera on 5 February 2016, showing the area more clearly.

Top right: image obtained with Rosetta’s OSIRIS wide-angle camera on 3 July 2016 at 07:50 GMT, during the outburst. Beneath are two comparison images of the same region taken by the OSIRIS narrow-angle camera: on the left, an image from 2 July, about 10 hours before the outburst, and on the right, the same region seen on 3 May.