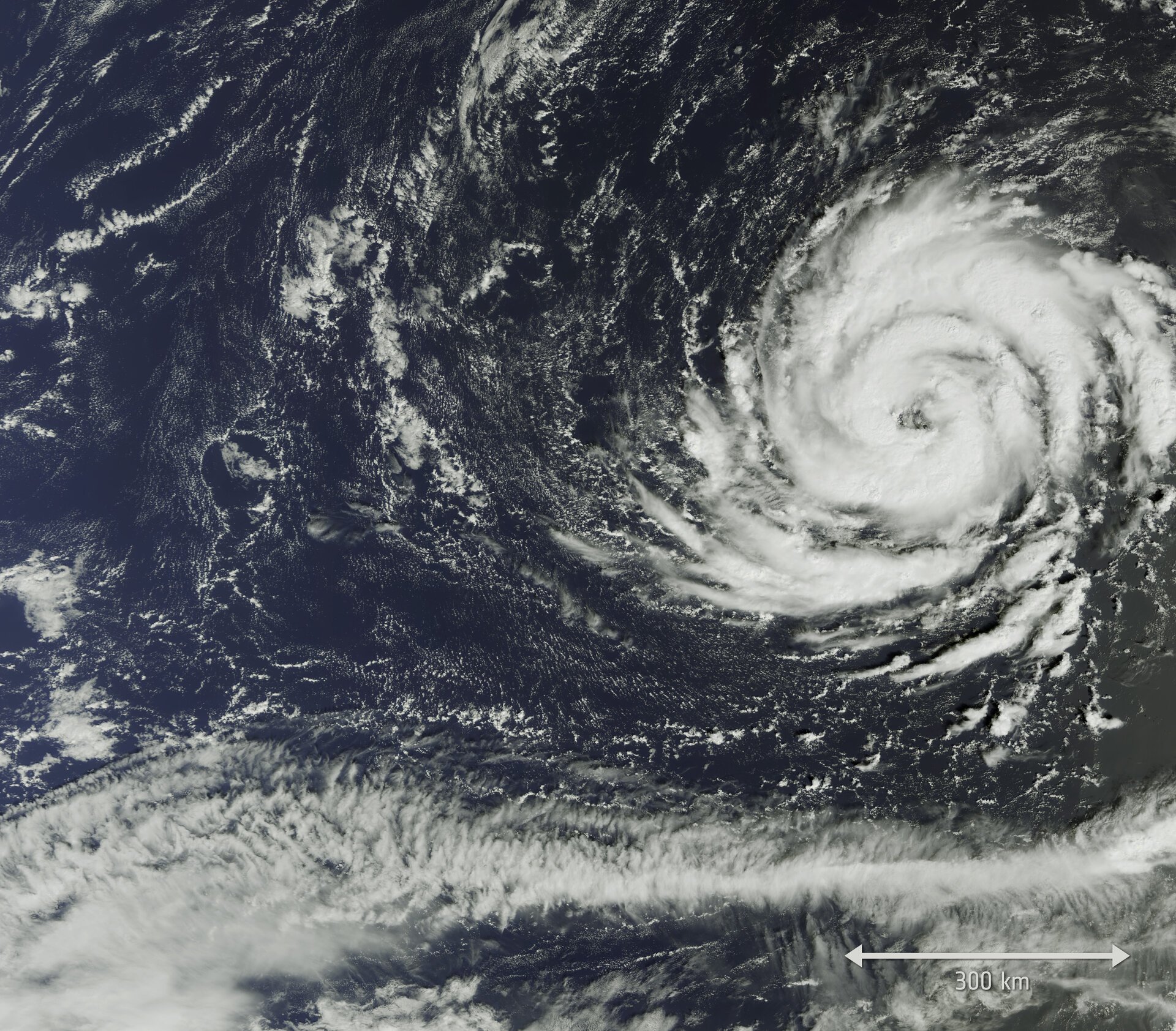 The Copernicus Sentinel-3A satellite captured this image on 11 October 2017, when Hurricane Ophelia was about 1300 km southwest of the Azores islands and some 2000 km off the African coast.

Originally classified as a tropical storm, it has been upgraded to a hurricane. The US National Hurricane Centre said that Ophelia could become even stronger in the next days.

The storm is moving northeasterly, threatening to hit the northwestern tip of Spain before moving towards Britain.

The image was acquired at 12:45 GMT by the satellite’s OLCI instrument.