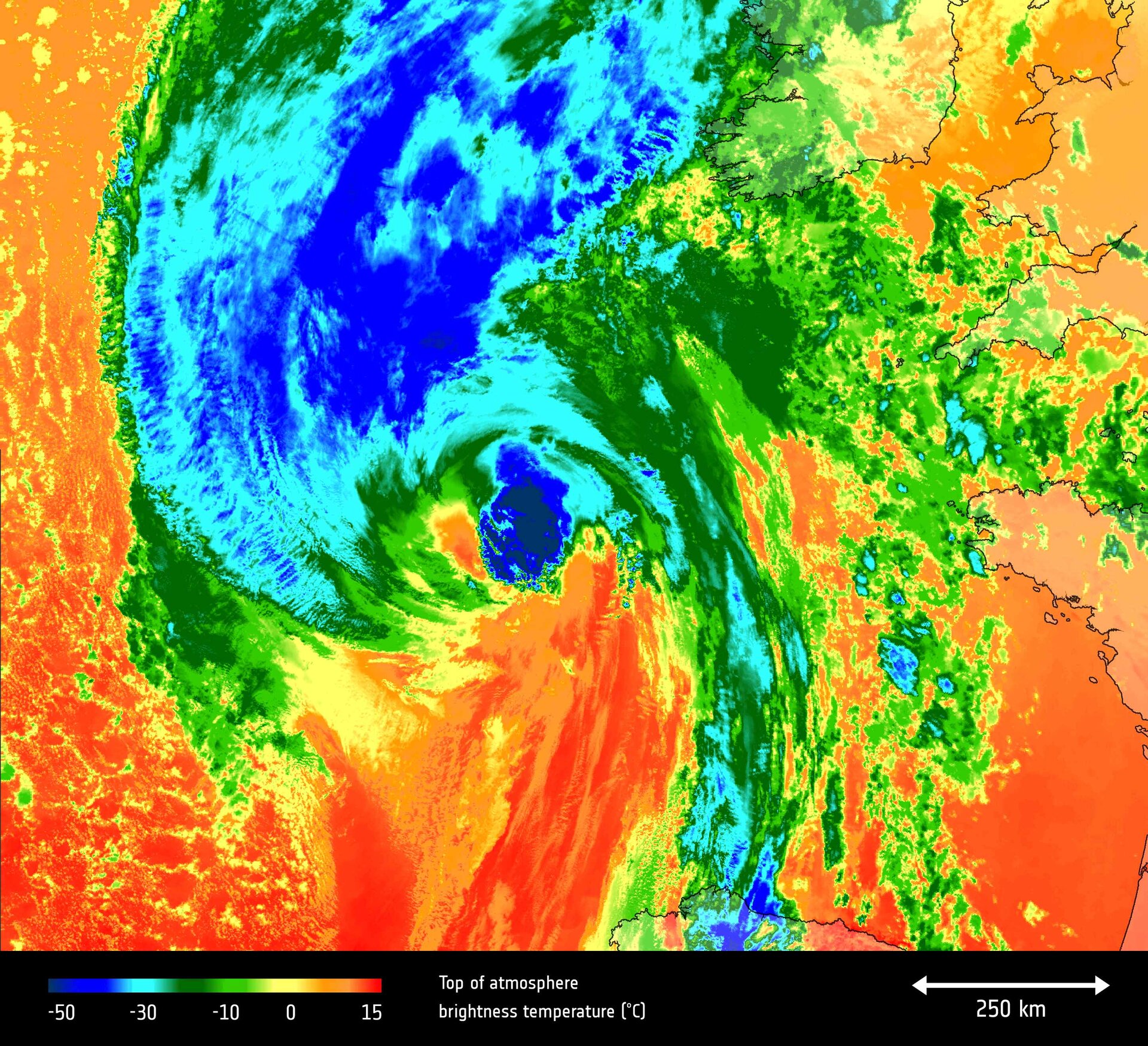 The Copernicus Sentinel-3A satellite saw the temperature at the top of Hurricane Ophelia on 15 October 2017 as the storm approached the British Isles.

Ophelia has since been downgraded from a hurricane to a storm.

The brightness temperature of the clouds at the top of the storm, some 12–15 km above the ocean, range from about –50°C near the eye of the storm to about 15°C at the edges.

Hurricanes are one of the forces of nature that can be tracked only by satellites, providing up-to-date imagery so that authorities know when to take precautionary measures. Satellites deliver information on a storm’s extent, wind speed and path, and on key features such as cloud thickness, temperature, and water and ice content.