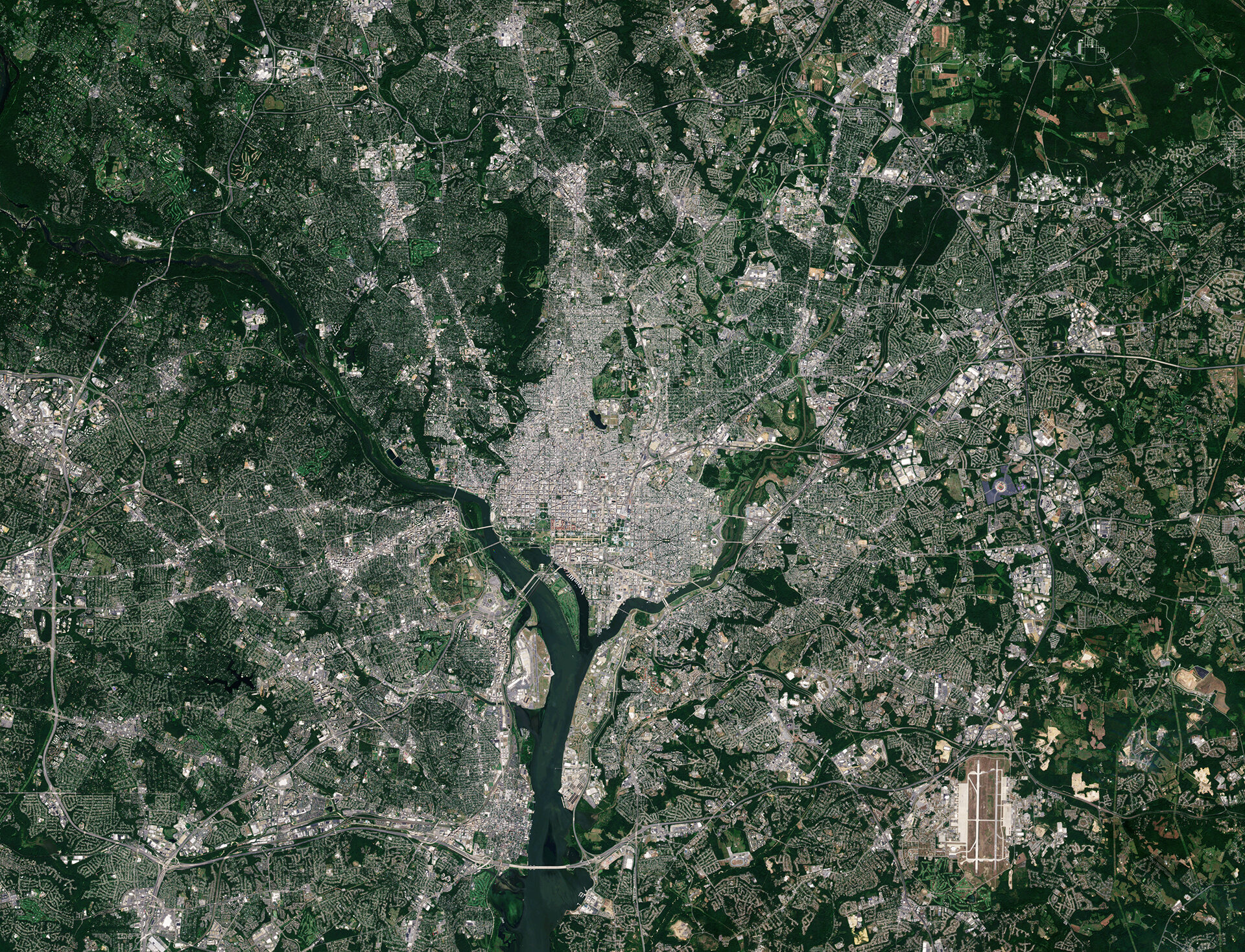 Sentinel-2 takes us over the US capital city of Washington DC, nestled between the states of Maryland and Virginia.

Washington is a city inside the District of Columbia – ‘DC’ – which is not a part of any state. The District is home to the centres of all three branches of the federal US government: legislative, executive and judicial.

Near the centre of the image, a straight green line cuts through the built-up area. This is the famous National Mall with the Capitol Building at its eastern end and the Lincoln Memorial at its west. The White House sits just north of the Mall.

Nearly 20% of the District’s area comprises parkland, such as Rock Creek Park appearing dark green in the upper-central part of the image. The parkland follows the flow of Rock Creek, a tributary to the larger Potomac River. Farther southeast, the Anacostia River also flows into the Potomac.

The large, green area in the upper right is part of the Patuxent Research Refuge in Maryland – a wildlife refuge spanning over 50 sq km dedicated to protecting wildlife and habitat.

The NASA Goddard Space Flight Center is located nearby. This space research laboratory was named after Dr Robert H. Goddard, a pioneer in modern rocket propulsion, and has some 10 000 employees.

The Group on Earth Observations is holding its 14th annual plenary meeting this week in Washington. The focus of this year’s meeting is the “role, applications and opportunities to use Earth observations in delivering insight for a changing world”.

This image, also featured on the Earth from Space video programme, was captured by the Copernicus Sentinel-2A satellite on 25 August 2015.