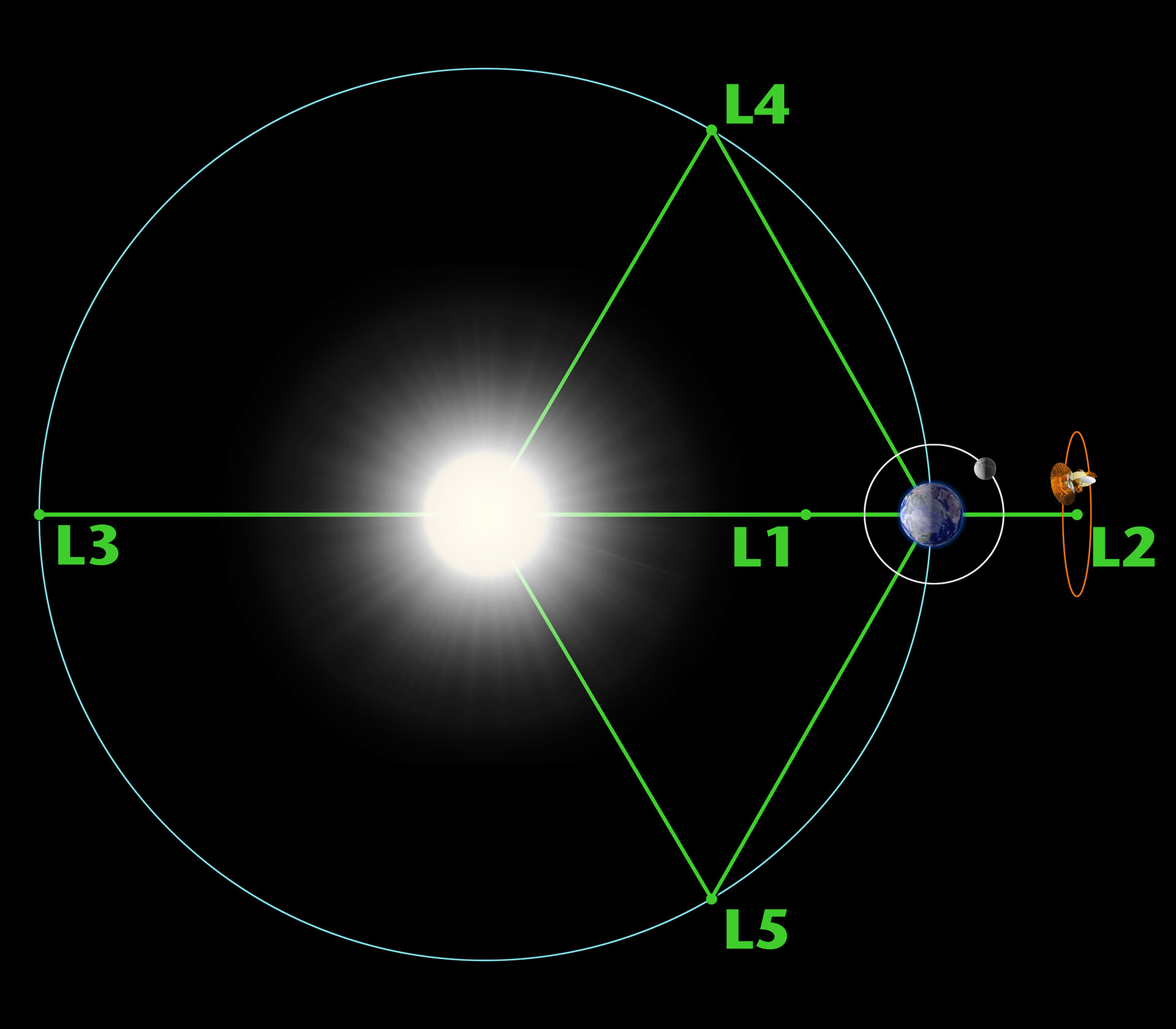 The Lagrange points associated with the Sun-Earth system.

Lagrange Points are positions in space where the gravitational forces of a two-body system like the Sun and the Earth balance out, allowing a spacecraft to remain in position with reduced fuel consumption.

The image includes a small icon representing NASA’s WMAP spacecraft orbiting around L2, which is about 1.5 million km from Earth.

Future ESA Lagrange point missions include JWST, Euclid and Plato (L2), while a study is under way for a future space weather mission at L5.

Note: Image is not to scale