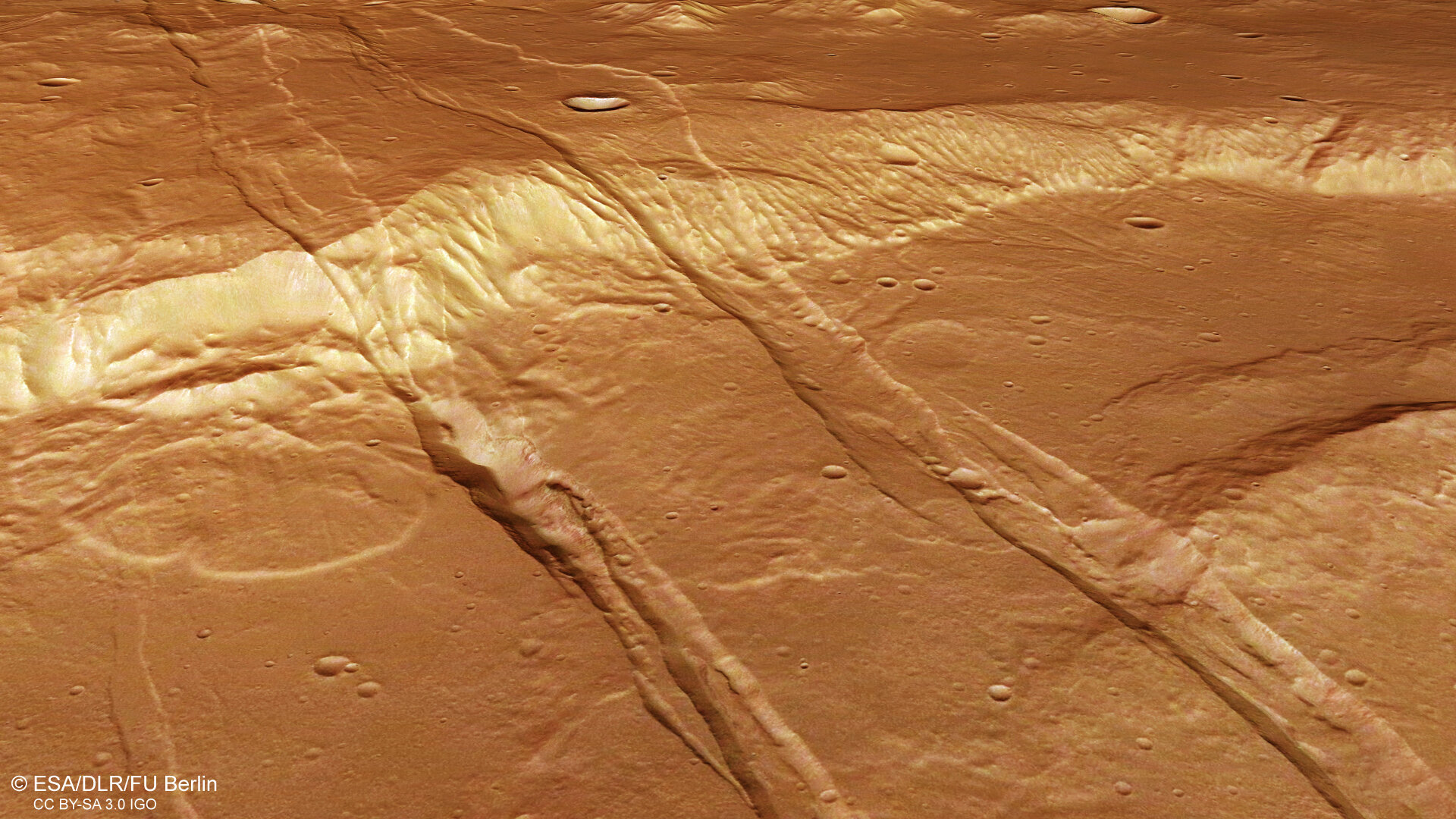 Perspective view of fractures in Sirenum Fossae in the southern hemisphere of Mars. The view shows the movement of the crust, likely in response to the tectonic stresses linked to volcanic activity of the wider region. In this kind of scenario, fractures divide the crust into blocks: movement along a pair of faults causes the centre section to drop down into ‘graben’.