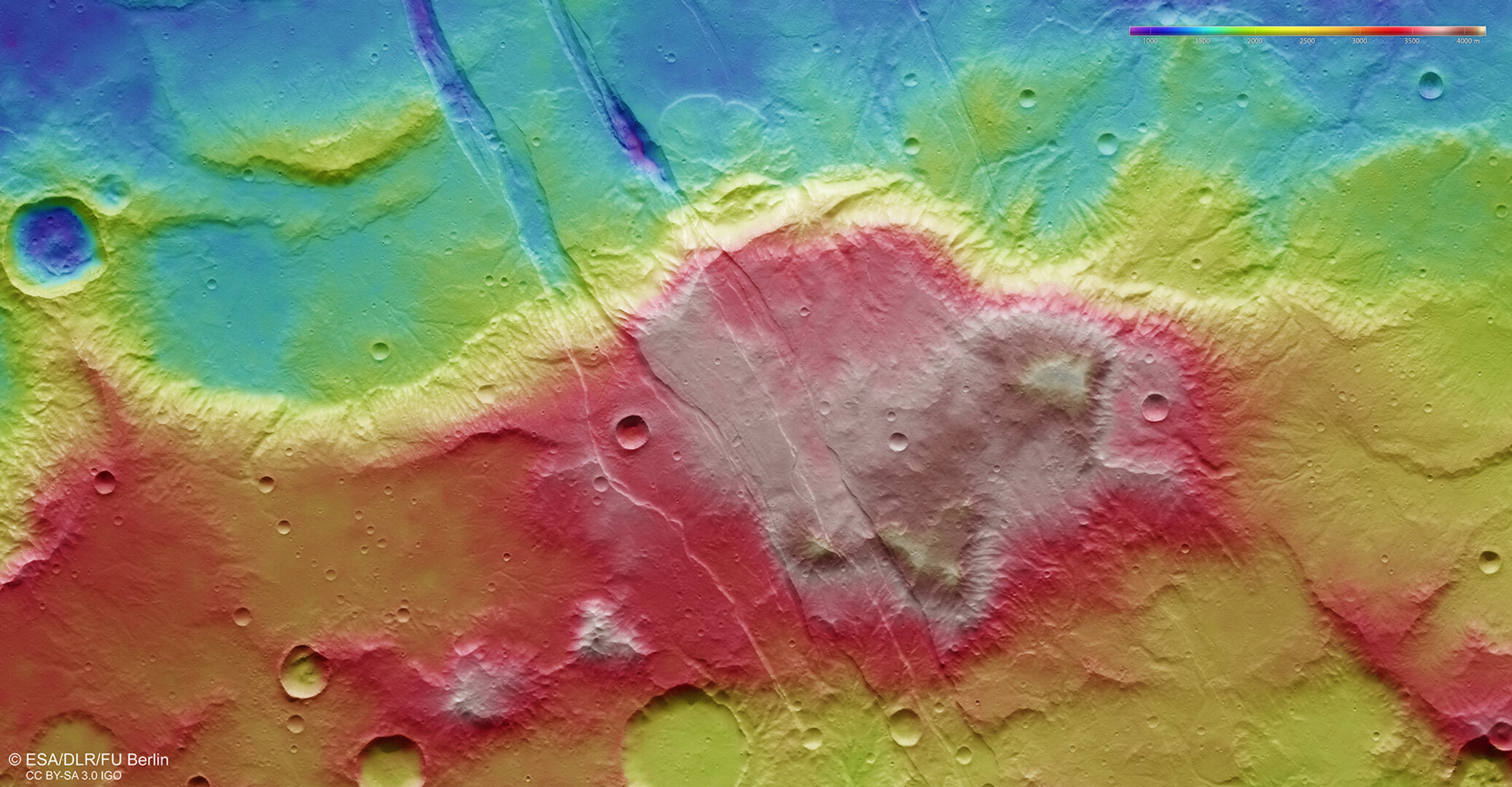 This image shows the relative heights and depths of a region in the southern hemisphere of Mars showing the Sirenum Fossae fracture system.

As indicated in the key at top right, whites and browns/reds represent the highest terrain, while blue/purple is the lowest (values are marked on the scale).

The colour-coded topographic view is based on a digital terrain model of the region, from which the topography of the landscape can be derived.