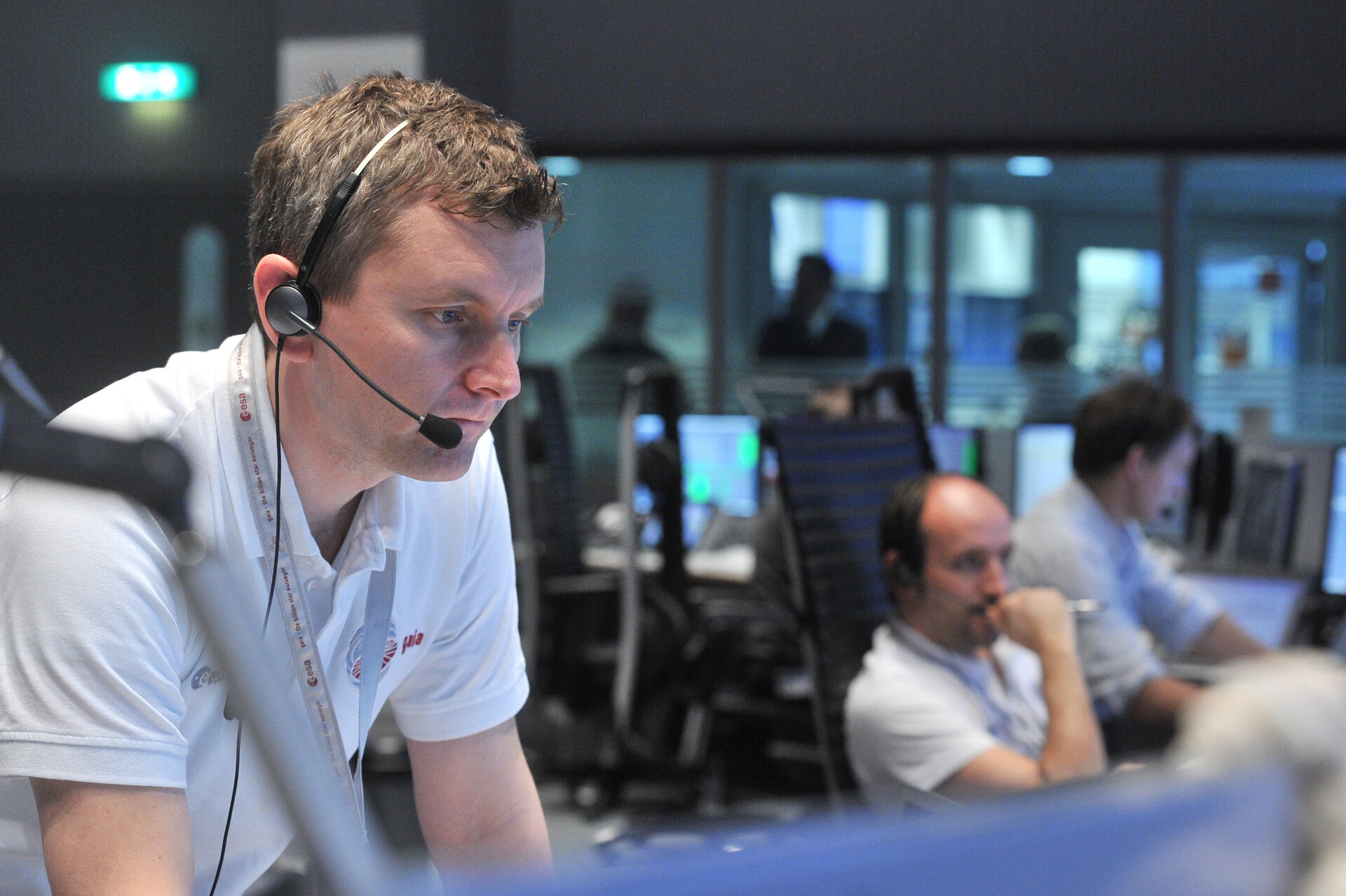 Gaia is charting a 3D map of the Milky Way, accurately measuring and cataloguing the positions, distances and motions of more than a billion stars.

This ambitious mission aims to reveal the composition, formation and evolution of the Galaxy. Gaia instruments are collecting over 10 000 times the data of its Hipparcos predecessor, launched in the late 1980s.

Measuring stellar positions and motions to the required accuracy is not easy, requiring extreme precision in the stability of the spacecraft, detailed knowledge of its position and unprecedented accuracy in timing.

This marvel of technology has executed over 1.6 million commands, completed 29 manoeuvres, performed some 1108 billion total measurements, made more than 3100 ground-station contacts and accumulated 47.5 TB of science data.

Once the data are acquired and downlinked, the work is just starting, as they have to be processed by a large consortium of scientists and engineers across Europe. Astronomers will delve into the data to investigate the present and past history of our Galaxy – a process that will continue for years after the spacecraft has competed its task.

ESA’s Hipparcos yielded a primary catalogue with positions, distances and motions of about 118 000 stars, and a secondary catalogue with less precise measurements for over two million stars. Gaia’s instruments not only collect more data but also provide extremely more accurate information. The data produced during the first five years of Gaia could fill 70 000 CDs.

In September 2016, Gaia published its first data release, a ‘taster’ catalogue containing more than a billion positions of stars on the sky and, for a subset of two million, also the parallax and proper motion. Next April, a new catalogue will be published containing positions, parallaxes and proper motions for more than a billion stars. This ground-breaking release will also include the brightness and colours of almost all stars, and other astrophysical parameters, such as radial velocity or temperature, for a subset of them.