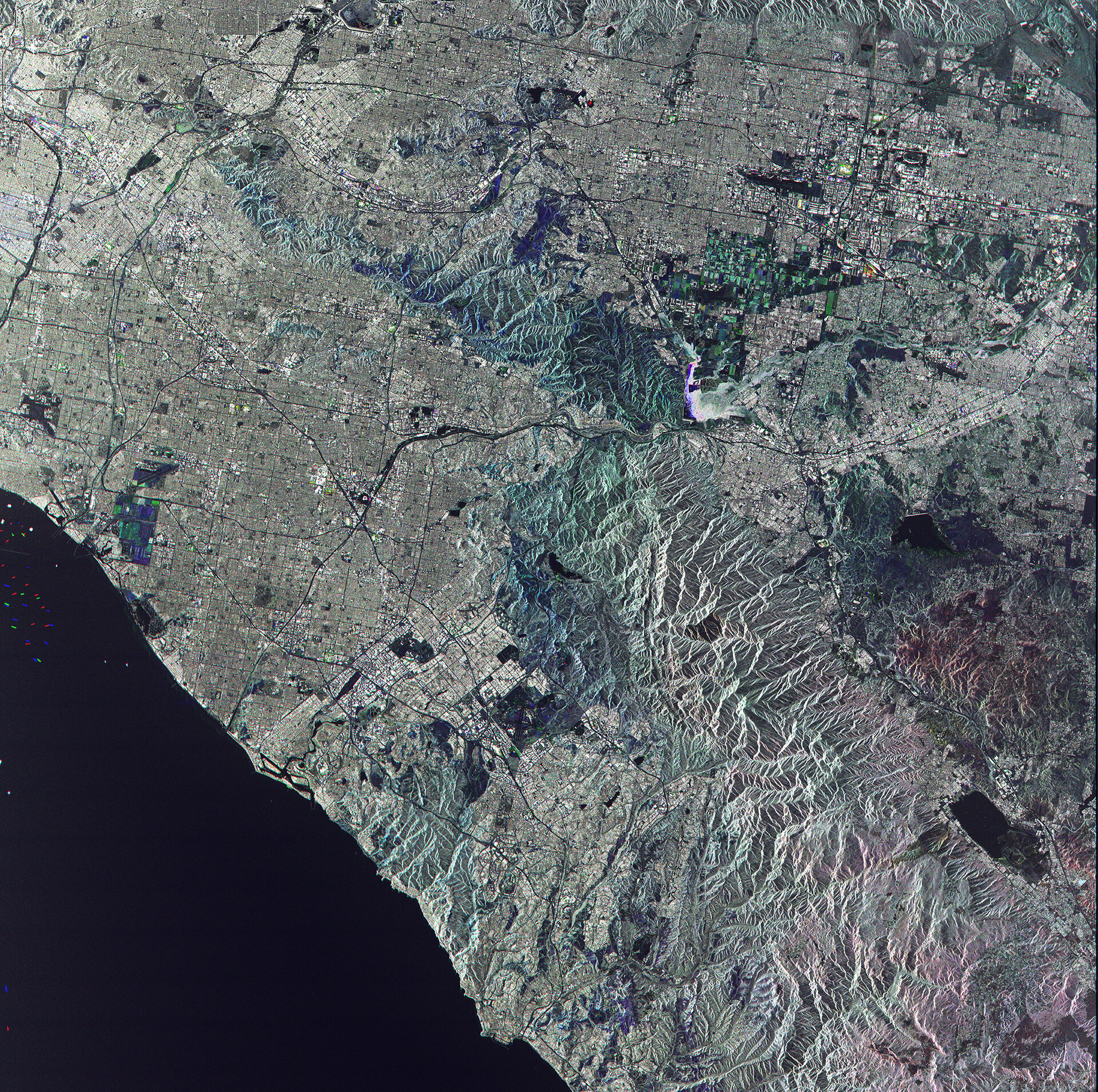 The Sentinel-1 radar satellite mission takes us over Orange County and surrounding areas in the US state of California.

Two prominent geological features are visible here: the coastal plains of the Los Angeles Basin in the upper-central left, and the Santa Ana Mountains running from the upper left to the lower right.

A typical feature of Pacific Coast mountain ranges like Santa Ana is a moister western slope and drier eastern slope – reflected in this radar image by the more prominent colours on the left side of the mountain range. This is due to air masses from the Pacific bringing precipitation to the land, while the mountains force the clouds to rise and produce rain and block them from moving further east, causing a ‘rain shadow’ and thus drier areas on the other side.

To respond to dry conditions in California and all over the world, populations rely on dams and reservoirs to control the water supply. In satellite imagery, these water bodies are easy to identify by the straight-cut line of the dam blocking water flow – two of which are visible in the centre-right part of the image.

Three passes by Sentinel-1’s radar from 21 December 2014, 2 January 2015 and 14 January 2015 were combined to create this image. Each image was assigned a colour – red, green and blue – and changes on the ground that occurred between passes appear as different colours.

One obvious example of changes can be seen in the boats in the water on the left side of the image, appearing in the three different colours depending on when they were present.

In other parts of the image we can see colours in agricultural fields showing changes in vegetation between the acquisitions.