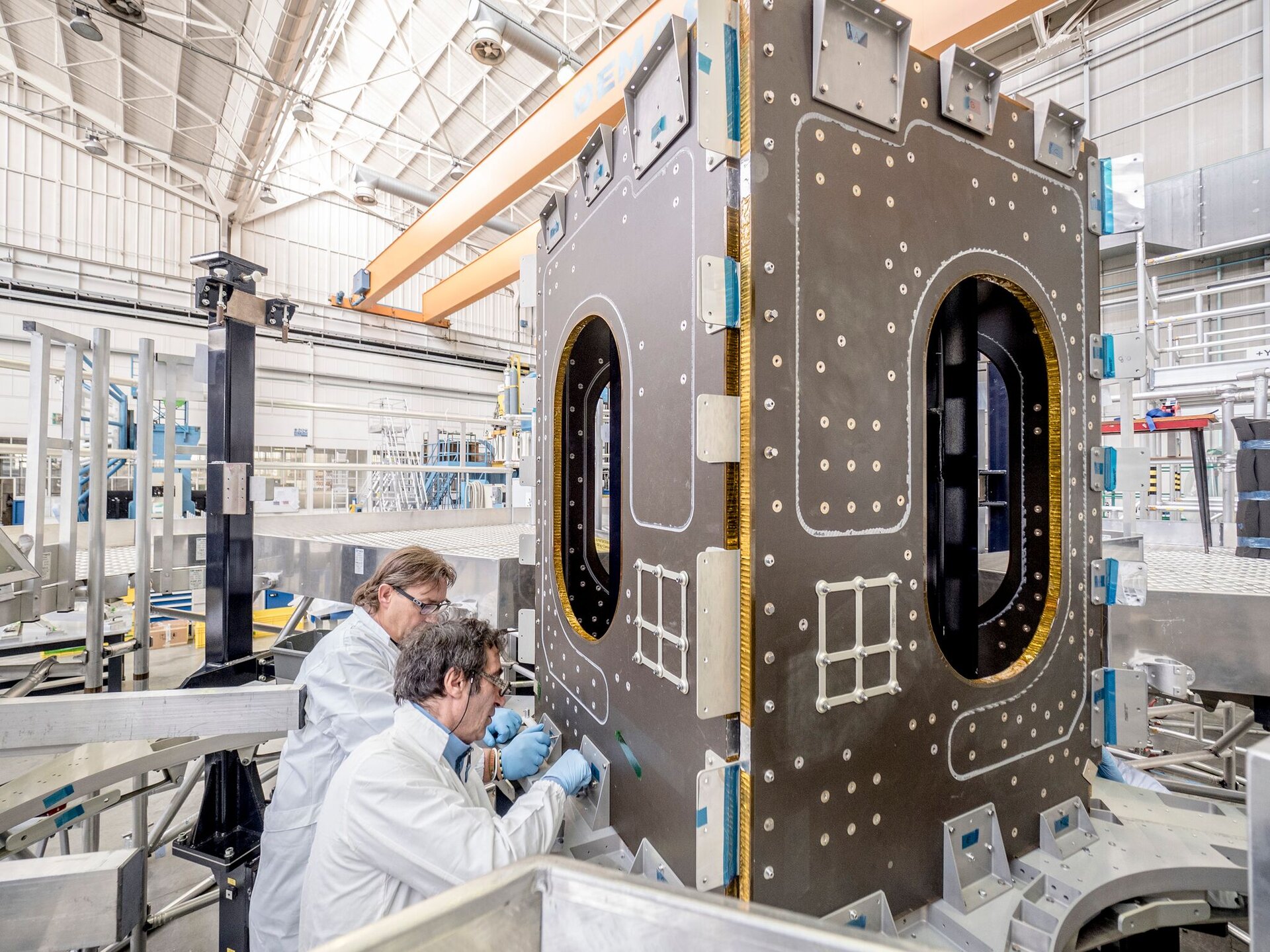 The Christmas elves worked hard to have the chassis of the Orion service module ready before the end of the year. Engineers at Thales Alenia Space in Turin, Italy, have spent recent months assembling elements of the second European Service Module for NASA’s Orion vehicle – which will carry up to four astronauts on a voyage beyond the Moon.

As with building toys, the structure requires carefully piecing together panels, brackets and joints. But this is not toy: lives will depend on it and utmost accuracy is key in Orion’s choreographed assembly across borders.

In Europe, the assembly started with the module’s primary structure. The dark panels are lightweight composite material known as carbon-fibre reinforced-plastic. The honeycomb structure provides rigidity and will absorb the forces of launch.

Inside the four panels, two helium tanks will push propellant to Orion’s engines. The large holes keep the weight down but also allow engineers to reach the mass of meticulously laid cables – more than 11 km in total.

The silver circles are mounting points for equipment and cables. Most of these will be installed in Bremen, Germany, at the Airbus integration hall where the complete service module is assembled.

More on the Orion blog.