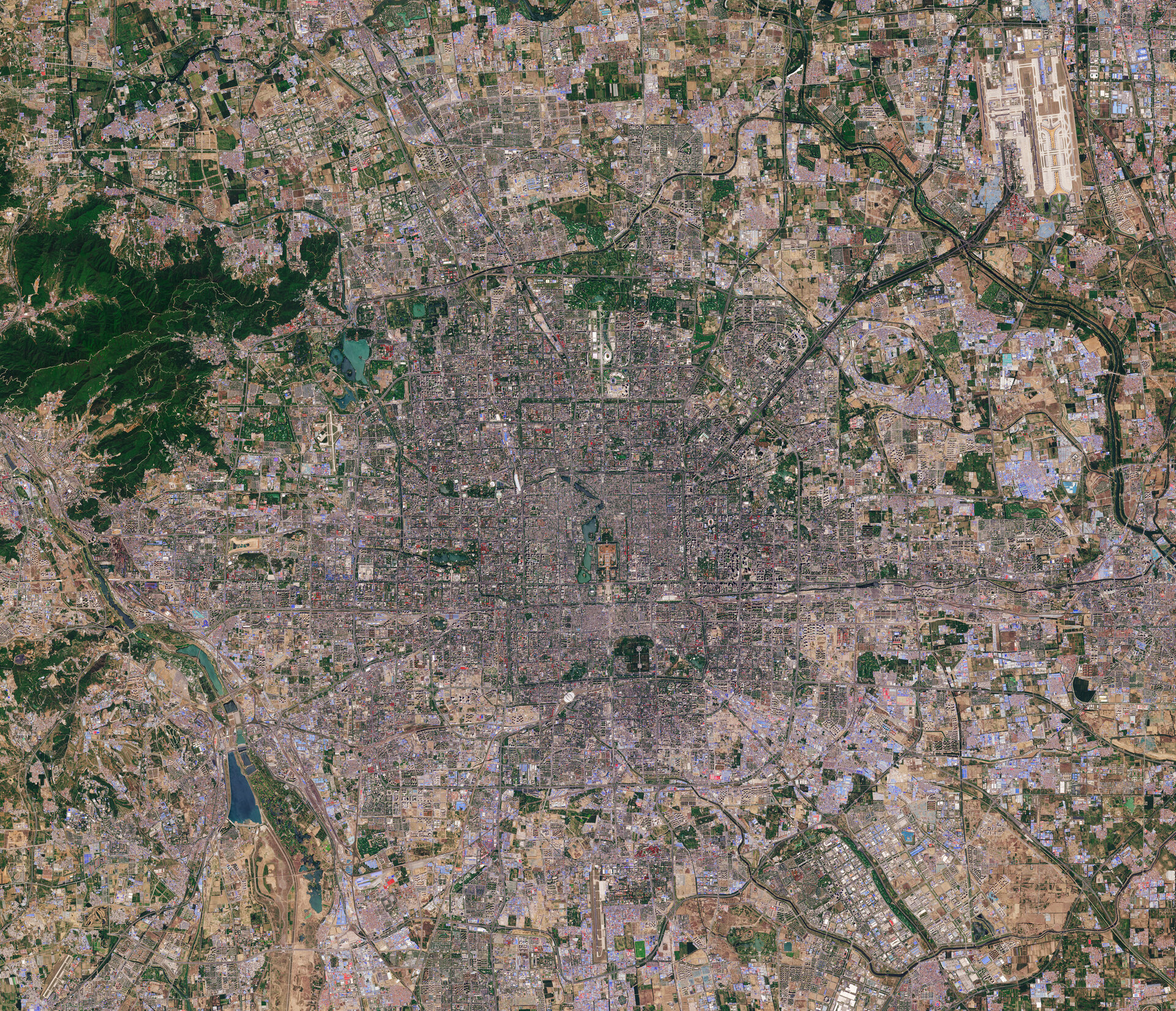 Today, 16 February, upwards of 20% of the world’s population will be celebrating Chinese New Year, also known as the Spring Festival. According to the traditional Chinese calendar, which is based on the lunar cycle and the position of the Sun, the New Year changes each year, but always falls between 21 January and 20 February. There are 12 Chinese zodiac animals that represent years, and 2018 is the year of the dog.

Marking this special day, we take a look at a Sentinel-2 image of Beijing, the capital of China. It is one of the most populous cities in the world, with over 21 million people, but during the New Year millions travel from the big cities back to their hometowns to spend the holiday with their families in what is considered the world’s largest annual migration.

Beijing lies in northeast China at the northern tip of the North China Plain. While the city lies on flat ground, it is surrounded by mountains to the north and west (not pictured). From space, the city appears to be divided up into many squares, which is a consequence of it being one of oldest planned cities in the world. Beijing’s present urban form was established in the early Ming dynasty – between 1368 and 1644 – with planning stipulating that the city should be a square encompassing nine avenues running  north–south and nine running east–west.

While this Copernicus Sentinel-2 image details much of the city, a number of famous landmarks can be picked out easily. For example, lying in the heart of Beijing, the Forbidden City, one of China’s largest and best preserved heritage sites, and Tiananmen Square can be seen.

Happy Chinese Year – or Xīn nián kuài lè – to all.

This Sentinel-2 image, which was captured on 3 May 2016, is also featured on the Earth from Space video programme.