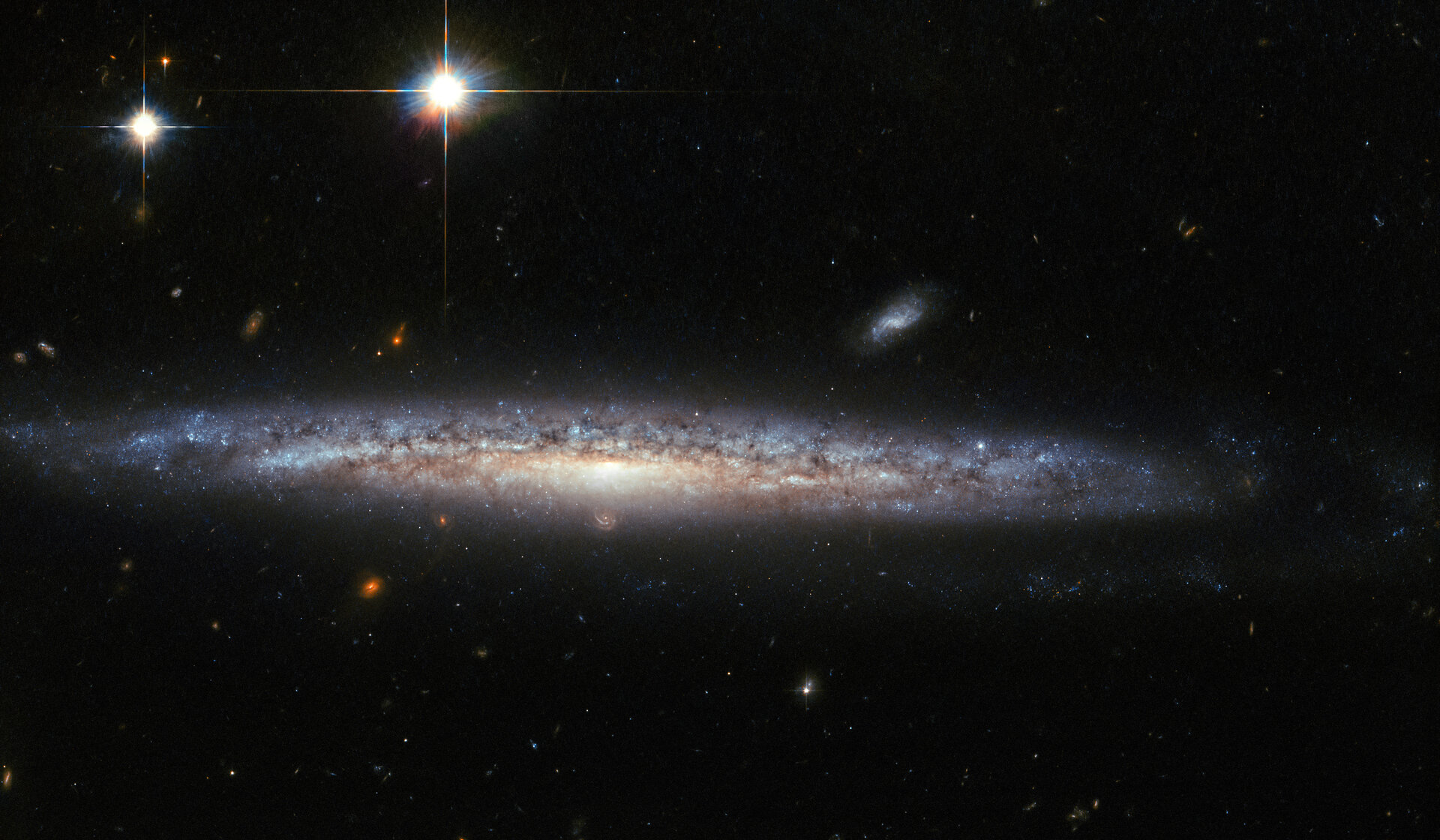 The curious case of calcium-rich supernovae

This image, captured by the Advanced Camera for Surveys (ACS) on the NASA/ESA Hubble Space Telescope, shows the spiral galaxy NGC 5714, about 130 million light-years away in the constellation of Boötes (the Herdsman). NGC 5714 is classified as a Sc spiral galaxy, but its spiral arms — the dominating feature of spiral galaxies — are almost impossible to see, as NGC 1787 presents itself at an almost perfectly edge-on angle.

Discovered by William Herschel in 1787, NGC 5714 was host to a fascinating and rare event in 2003. A faint supernova appeared about 8000 light-years below the central bulge of NGC 5714. Supernovae are the huge, violent explosions of dying stars, and the one that exploded in NGC 5714 — not visible in this much later image — was classified as a Type Ib/c supernova and named SN 2003dr. It was particularly interesting because its spectrum showed strong signatures of calcium.

Calcium-rich supernovae are rare and hence of great interest to astronomers. Astronomers still struggle to explain these particular explosions as their existence presents a challenge to both observation and theory. In particular, their appearance outside of galaxies, their lower luminosity compared to other supernovae, and their rapid evolution are still open questions for researchers.