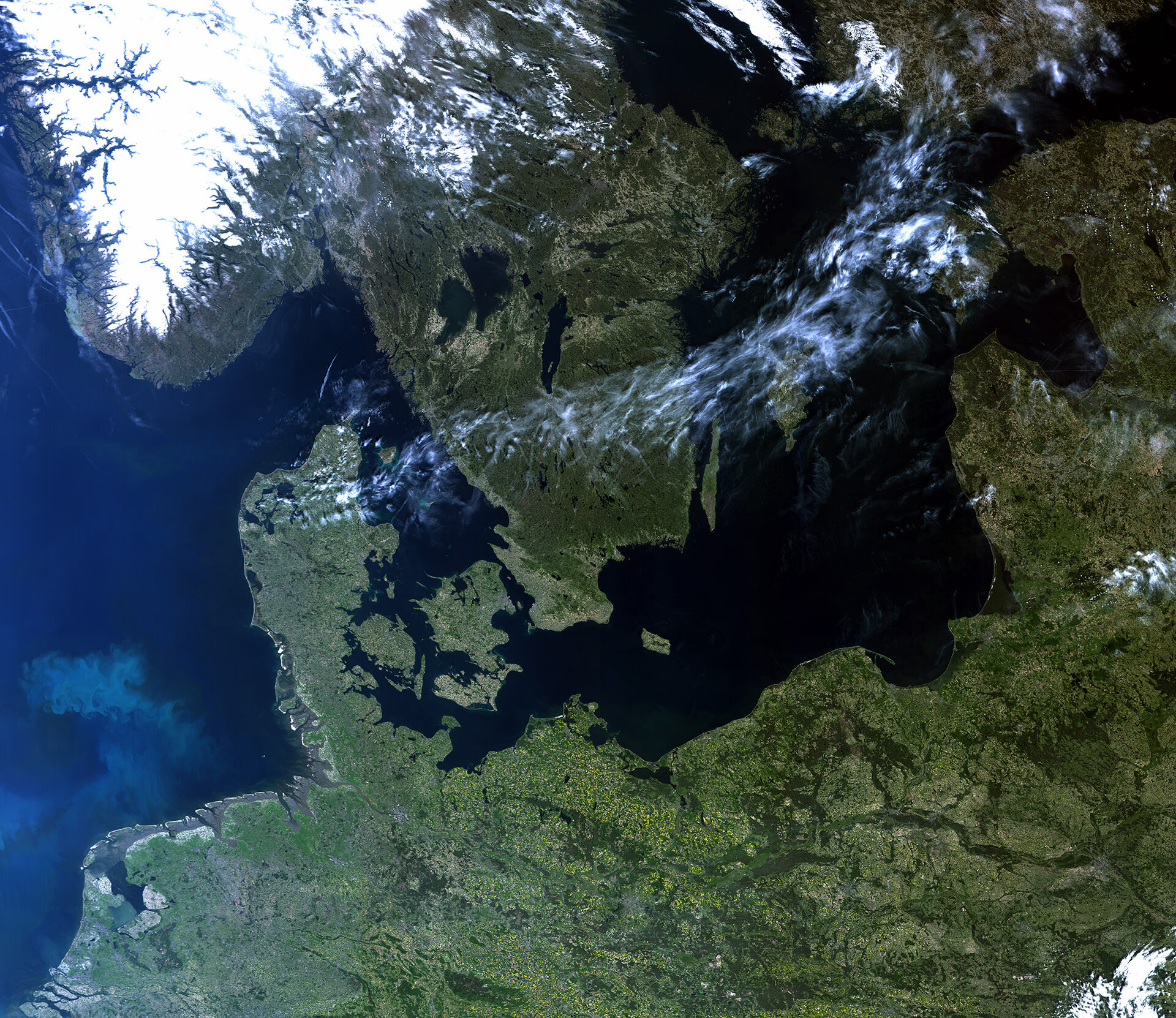 The Copernicus Sentinel-3B satellite captured this rare cloud-free view of Northern Europe on 8 May 2018 at 09:33 GMT (11:33 CEST). Features over land and water can been seen clearly such as different types of land cover, snow and also a plume of phytoplankton in the North Sea. The image was taken by the satellite’s ocean and land colour Instrument, which features 21 distinct bands, a resolution of 300 m and a swath width of 1270 km. The instrument can be used to monitor aquatic biological productivity and marine pollution, and over land it can be used to monitor the health of vegetation. Sentinel-3B’s instrument package also includes a sea and land surface temperature radiometer, a synthetic aperture radar altimeter and a microwave radiometer. Sentinel-3B was launched from Russia on 25 April and joins its twin, Sentinel-3A, in orbit. The pairing of the two satellites optimises coverage and data delivery for Europe’s Copernicus environmental monitoring programme.