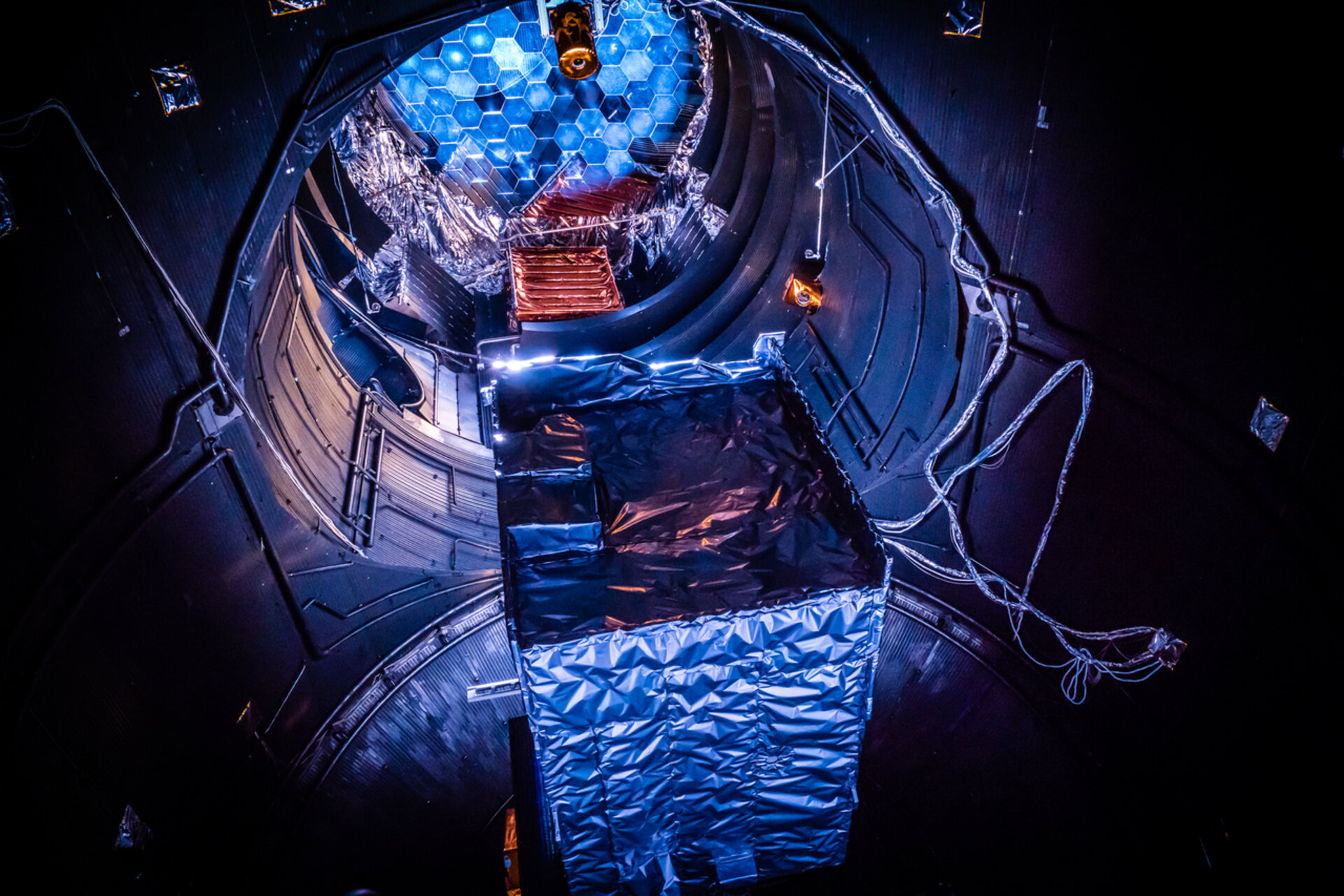 A view of the Juice thermal development model inside the Large Space Simulator at ESA's technical heart in the Netherlands.

Juice, or the Jupiter Icy Moon Explorer, is ESA's future mission to explore the Solar System's largest planet and its ocean-bearing moons. Planned for launch in June 2022, it will embark on a seven year cruise that will make use of several flybys – of Earth, Venus, Earth, Mars, and again Earth – before leaving the inner Solar System for Jupiter.

In order to ensure that the spacecraft will survive the extreme temperature variations it will experience along the journey, a thermal verification test was completed in May 2018.

The spacecraft model, wrapped in multi-layer insulation, is visible in the foreground, while the high-energy lamps and mirrors of the Sun simulator can be seen in the upper part of the frame. The Sun simulator was used to heat the Sun-facing side of the spacecraft model to around 200ºC. Meanwhile the internal temperature of the vacuum chamber was lowered to -180ºC by thermal shrouds filled with liquid nitrogen to reproduce the cold conditions of the sides that will face away from the Sun.

This hot phase was followed by the cold phase, which simulated the low-temperature environment at Jupiter by maintaining the frigid conditions inside the chamber and switching off the Sun simulation lamps.

More about the testing campaign: Juice comes in from extreme temperature test